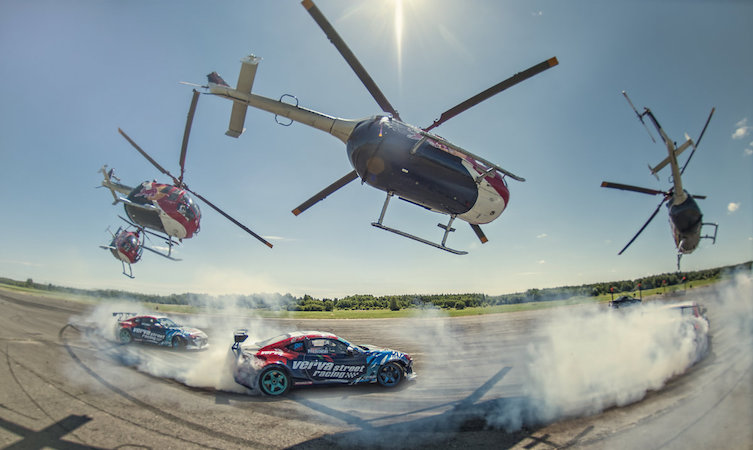 Felix Baumgartner, the man who jumped from the edge of space, has turned aerobatic helicopter pilot – and this new video shows him facing up to a drift-spec GT86 on a track.

The modified GT86 has 1,000bhp under the bonnet, and is driven by Polish rally driver, motorcyclist and drift ace Jakub Przygoński.

Przygoński and Baumgartner create a ballet-like dance in the Red Bull Heli Drifting video, as Baumgartner is tasked with synchronising with the car’s movement in a Bolkov BO105 aerobatic helicopter.

And it was no simple task – Baumgartner said: “Chasing a drift car with a helicopter is like juggling five blades while standing on a slackline.”

Once they’ve proven their skills, the pair negotiate obstacles including a moving jet plane at the closed Debrzno military airport.

Filming the clip was far from straightforward – one shot in particular created a heart-stopping moment when Baumgartner flew close to knock a target from the GT86. Przygoński told RedBull.com: “He was so close that he hit the GoPro camera attached to my car. The helicopter was at 160kph about 30cm above my head and if I’m honest it was a pretty scary moment.”

Take a look at the stunning images below before finding out more about the GT86 here. 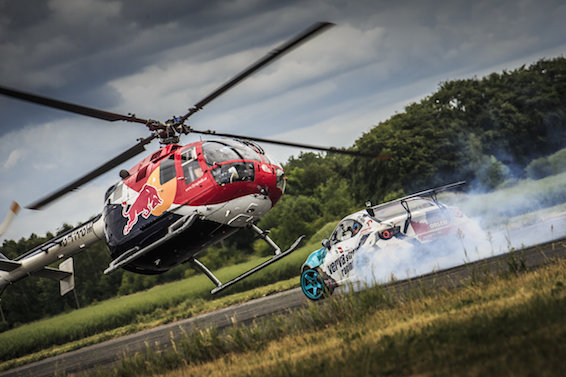 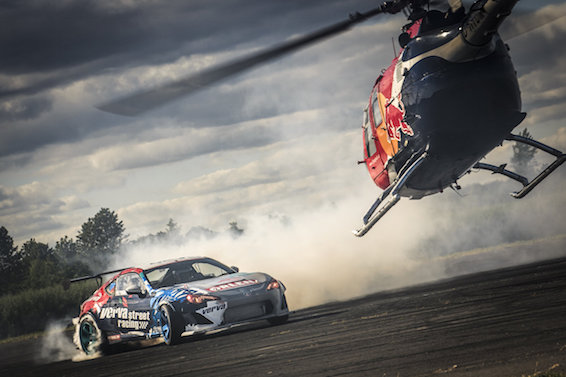