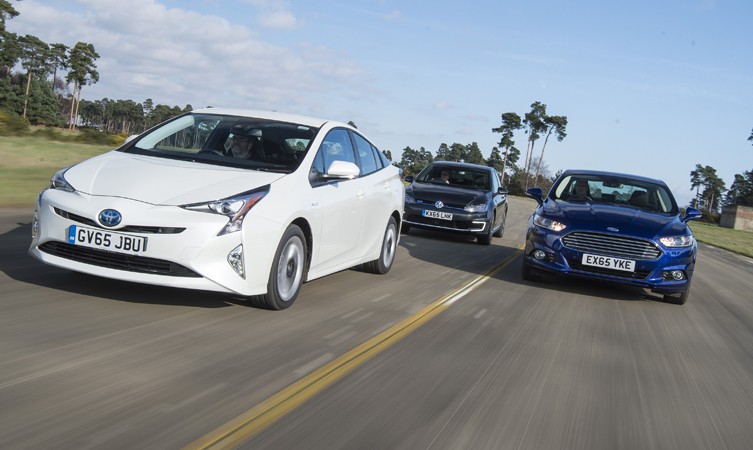 The UK’s car reviewers have delivered their verdicts on the new Toyota Prius and it’s safe to say they think it’s the best Prius yet. Here’s a summary of what they have to say about our new hybrid.

“The Prius’ design won’t be to everyone’s taste, but there’s no denying it looks and feels a lot more distinctive than the Passat. However, the big benefit comes from its hybrid powertrain, delivering useful savings over the conventionally powered Volkswagen. The smooth ride and capable chassis mean it’s also good to drive, and now more refined than ever.”

“The new Prius wins this test, but more importantly it has the all-round ability to be an outright contender in the hatchback class. Although the looks are divisive, clever packaging means the cabin is roomy, while the new platform delivers a surprisingly enjoyable drive. The hybrid powertrain demands no compromises.”

“The biggest surprise is the new Prius. Widespread improvements have brought the world’s best-selling hybrid much closer to rivales on driving dynamics and refinement.”

AOL Cars
“We like the way it looks, both inside and out, it’s arguably a more interesting ownership proposition than the average diesel hatchback, and a vast improvement on the old car.

“If you’re after an easy to drive medium-sized car that sips fuel, the Prius is hard to beat.”

Autocar
“Should you buy one? You probably should… This is a Prius better in every that its predecessors… and borders on being fun to drive. Who’d have thought it?”

Auto Express
“We may not have been big fans of the Prius before, but we are now. There’s lots to admire in the engineering and technology… And it’s hard not to be swayed by the numbers.”

Auto Trader
“Think you’ve got the Prius firmly pigeon-holed? Maybe it’s time to think again… In terms of improvements, the new car is nothing short of revolutionary.” 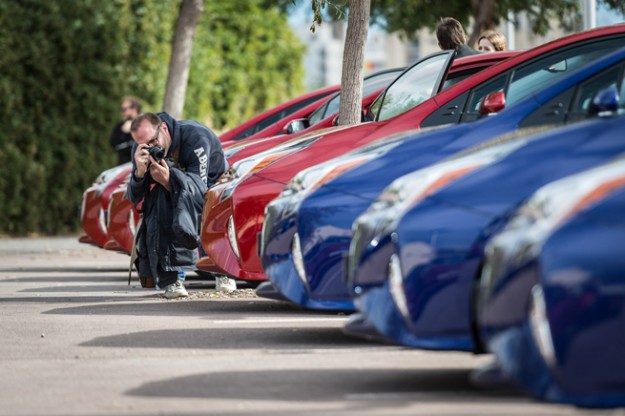 Carbuyer
“The looks of the Toyota Prius may divide opinion, but it’s an efficient, practical and comfortable car with a smart interior.

“Our pick of the range is the Business Edition model… The soft-touch materials on this model really make a difference to the feel of the car inside and you also get some nice extras such as heated front seats.”

EV Fleet World
“Effortlessly fuel efficient and much better to drive, the pioneering Prius is continuing to set the standard for hybrids in the UK.”

Motoring Research
“If you want a car that’s easy to live with, reliable, clean and cheap to run, the Prius makes a better case for itself than ever.”

Next Green Car
“From a technical point of view there’s a lot to appreciate and around town it feels great knowing you aren’t pumping dangerous fumes out of the exhaust much of the time. Taxi drivers are convinced of their reliability too. ”

Read the Next Green Car review 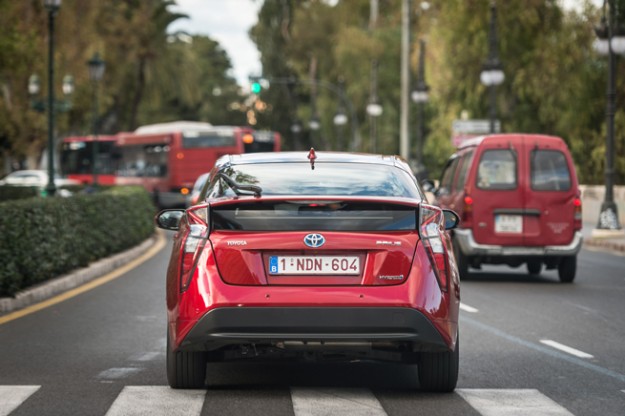 Telegraph
“The new Toyota Prius is one of the most technically sophisticated cars on sale, yet its passengers will barely notice.

“At last a Toyota Prius we could learn to love.”

Top Gear
“It’s the best Prius ever, the best execution of the everyday hybrid concept.”

What Car?
“With CO2 emissions so low, this does make a really compelling case for a company car. Tax costs come in at less than £50 per month for a well-equipped mid-spec model, even for 40% taxpayers, putting it in competition mainly with plug-in hybrids and even electric cars on that front.”

Read the full What Car? review 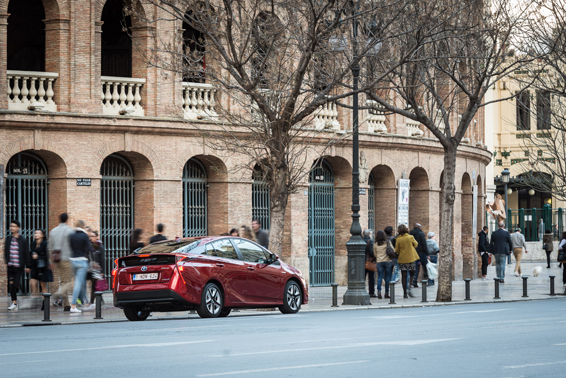 Find out more at Toyota.co.uk