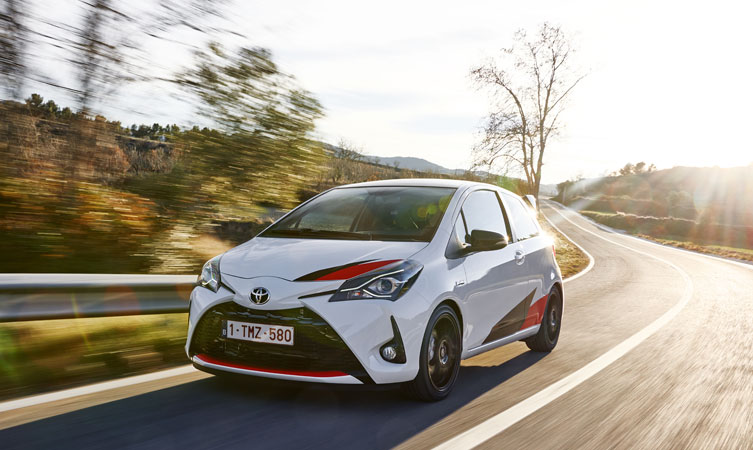 The Yaris GRMN is built exclusively by Toyota Motor Manufacturing France at its Valenciennes factory. Toyota has successfully integrated production of a specialised, low-volume model into a mass-production environment: both the Yaris GRMN and the standard Yaris are manufactured on the same assembly line.

Valenciennes was a logical choice for production, as it is the only Toyota facility in the world that builds the current three-door Yaris on which the Yaris GRMN is based. However, accommodating the new model required significant challenges to be met, including how parts specific to the car – notably the 1.8-litre supercharged engine – could be incorporated without disrupting the factory’s three-shift production schedule.

The introduction of the Yaris GRMN also required a specialist team to be appointed, responsible for building each car. As it was not practical to train the entire workforce for the production of just 600 vehicles (400 Yaris GRMN for Europe and 200 Vitz GRMN for Japan), it was decided to call on the skills of TMMF’s most experienced members. A dedicated team of around 20 technicians has been trained to carry out all the processes that are unique to the Yaris GRMN, working across the different production shops, including weld, paint, plastics and assembly. 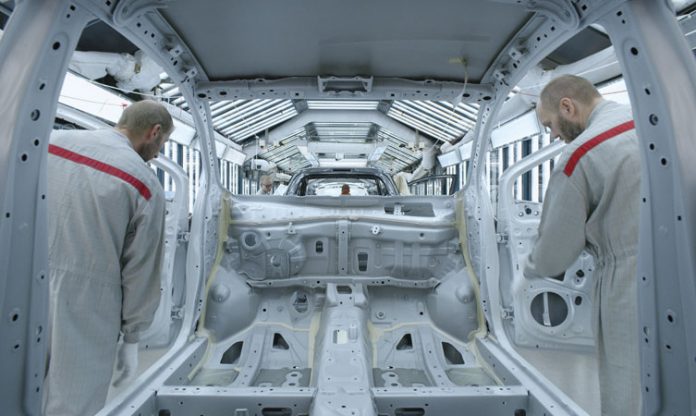 Yaris GRMN production is confined to one daily shift, with cars produced at a rate of seven per day.

Engine installation
The heart of the Yaris GRMN is its engine, a unit that is unique in the B-hot hatch market in its use of a supercharger to boost performance. 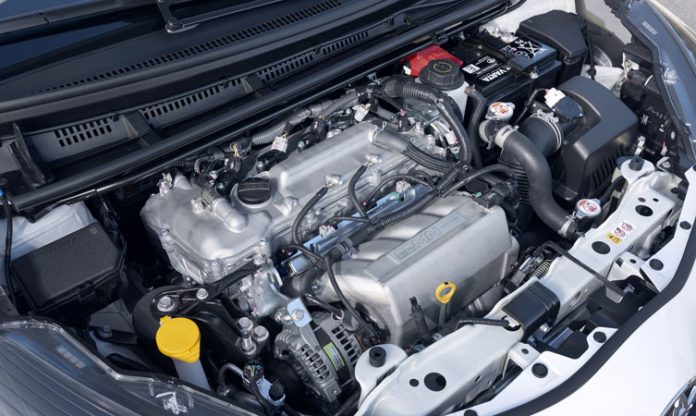 One of the biggest challenges facing the production team was how to install the larger, 1.8-litre supercharged engine in the relatively small Yaris engine bay. If this could not be achieved, it would be impossible to build the car as planned on the same assembly line as the standard Yaris model – something that would have serious repercussions for the entire project.

A prototype was used in the Valenciennes factory to determine whether the existing assembly equipment could be used and whether the engine could be fitted to the car with the required 20mm clearance from the body.

Project leader Guillaume Caron explained: “There were many points where the clearance was respected, but there were also some touch-points, so we focused on three areas to see if we could fix the issue. We challenged the designers to modify some parts of the engine, we looked to adjust the equipment we use for better accuracy in the installation, and we found a way of temporarily re-routing the wiring harness to make more space. It presented a big challenge to the designers, who worked with virtual design tools and even produced some 3D-printed replica parts to help work out what could be done.”

Quality control
From the start of the project, there were to be no compromises in the quality of the Yaris GRMN. Even though production numbers are small, it has had to meet the same high quality standards as any other Toyota vehicle. 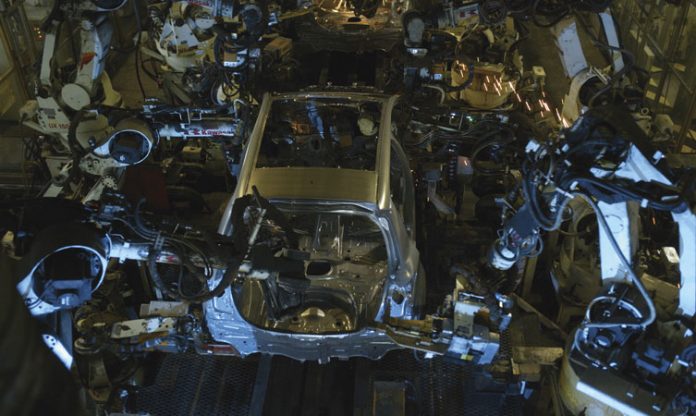 TMMF has produced dedicated quality control tests for all parts that are specific to the model, including the additional welding points, braking system, chassis reinforcements, seats and precision application of the body decals. In the paint shop, a new process has had to be designed for the contrast black roof as the styling is different from the bi-tone finish used for other Yaris models.

At the end of the assembly process the final inspection requirements are also designed to take into account the Yaris GRMN’s special performance capabilities and include an intensive dynamic test of each vehicle to check areas such as engine performance, chassis handling and braking.

The project is a great source of pride for the TMMF workforce, as Guillaume Caron explained: “The project team were very proud to have been asked to work on this vehicle and they were very motivated to succeed. It gave us the opportunity to look at new ways of working and problem-solving. This feeling of pride has extended to the entire workforce, who have shown a keen interest in the Yaris GRMN and what it means for Toyota. They are also pleased to be building cars that will for the first time be exported from TMMF to Japan and Toyota’s home market.” 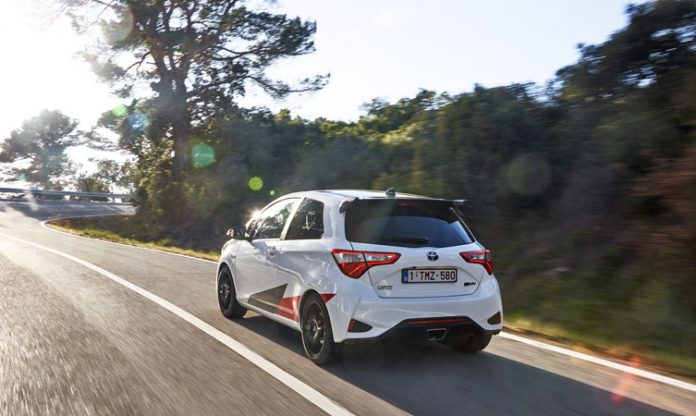