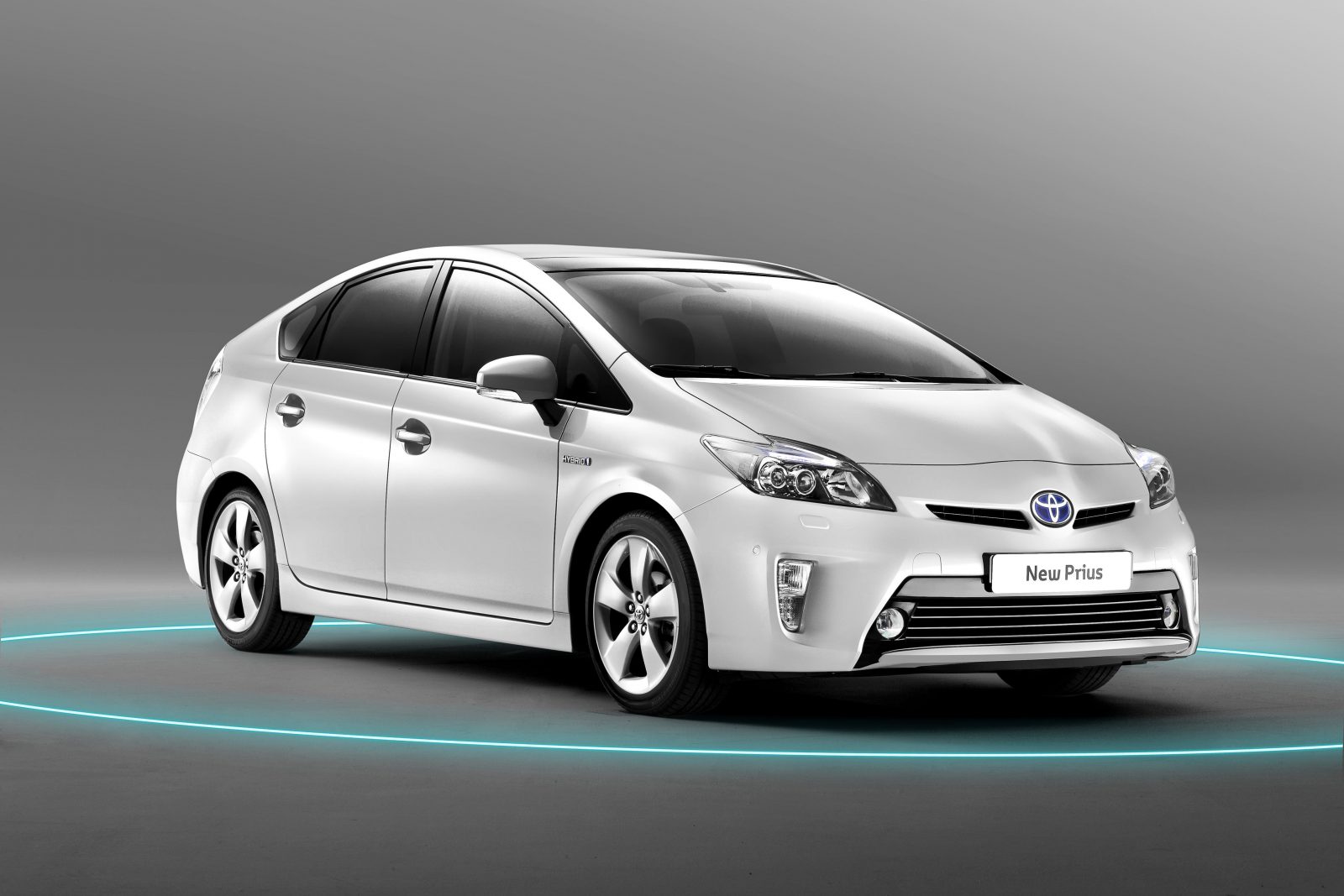 The Prius Plug-in Hybrid, the Prius+ and the updated third-generation Prius are united as a family for the first time anywhere in the world at the 2011 Frankfurt motor show. This marks the next exciting chapter in the Prius story, as it becomes the first full hybrid to be offered as a complete, stand-alone model range. 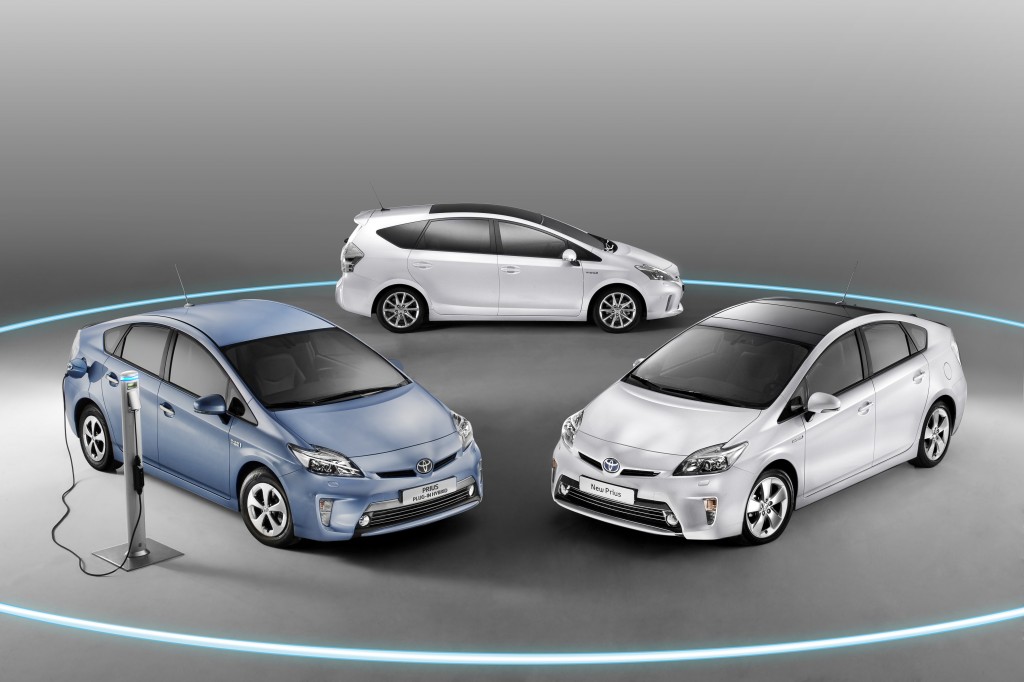 Prius Plug-in Hybrid is the most technically advanced Prius yet, with CO2 emissions potentially as low as 49g/km. The lithium-ion battery offers an EV driving range of approximately 14.3 miles (target figure). Beyond this electric driving range the Prius Plug-in Hybrid can be used as a conventional full hybrid with the efficiency of a standard Prius, and fully recharged from a domestic source in just an hour-and-a-half.

The EV cruising range enables the Prius Plug-in Hybrid to achieve the remarkable fuel-efficiency of 134.5mpg and unprecedented CO2 emissions of 49g/km (target figures). The total Hybrid Synergy Drive system power output is 134bhp, with acceleration from nought to 62mph in 10.7 seconds and a top speed of 112mph. 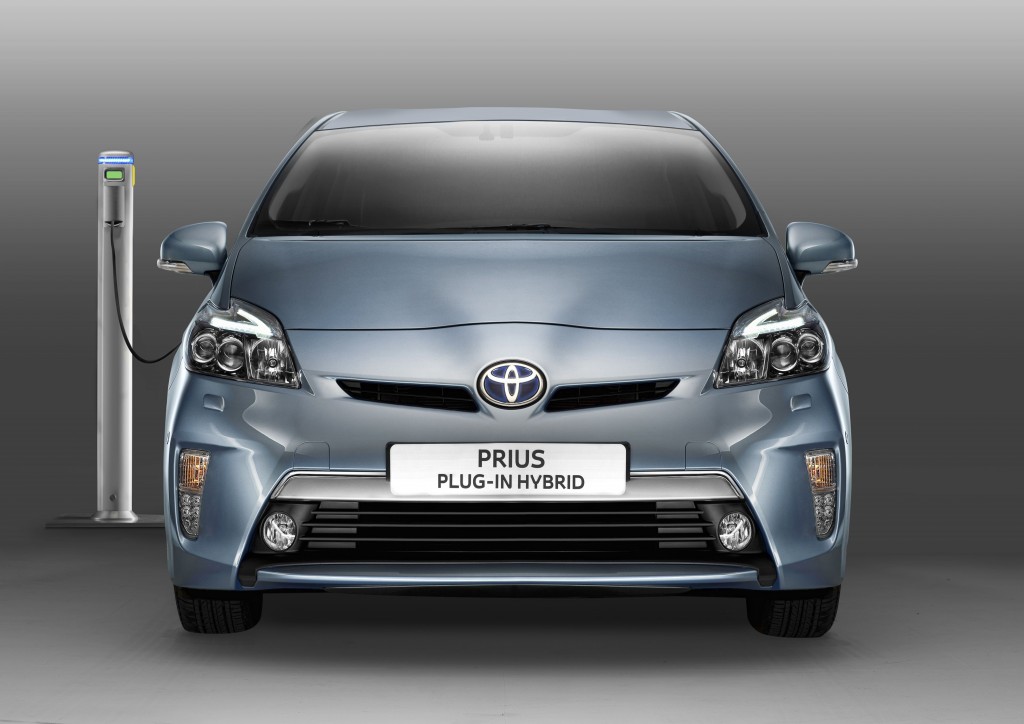 Prius+, meanwhile, is the first vehicle in Europe to offer the versatility of seven seats with the benefit of a full hybrid powertrain, and will deliver sub-100g/km CO2 emissions. This all-new vehicle is 155mm longer than a standard Prius, 30mm wider, 85mm higher and has a distinctive extended roof line with integrated panoramic sunroof. The rear styling incorporates a spoiler to improve airflow and intricate lamp clusters located to allow for maximum access to the 200-litre luggage compartment.

As with every vehicle in the Prius family, Prius+ benefits from a range of touch-screen multimedia equipment, with Toyota Touch fitted as standard. Smart Entry System and Head-up Display (HUD) are also standard, while LED headlamps, Adaptive Cruise Control (ACC) and Pre-Crash Safety (PCS) systems are available as options. The Prius+ goes on sale in the UK in the first half of 2012. 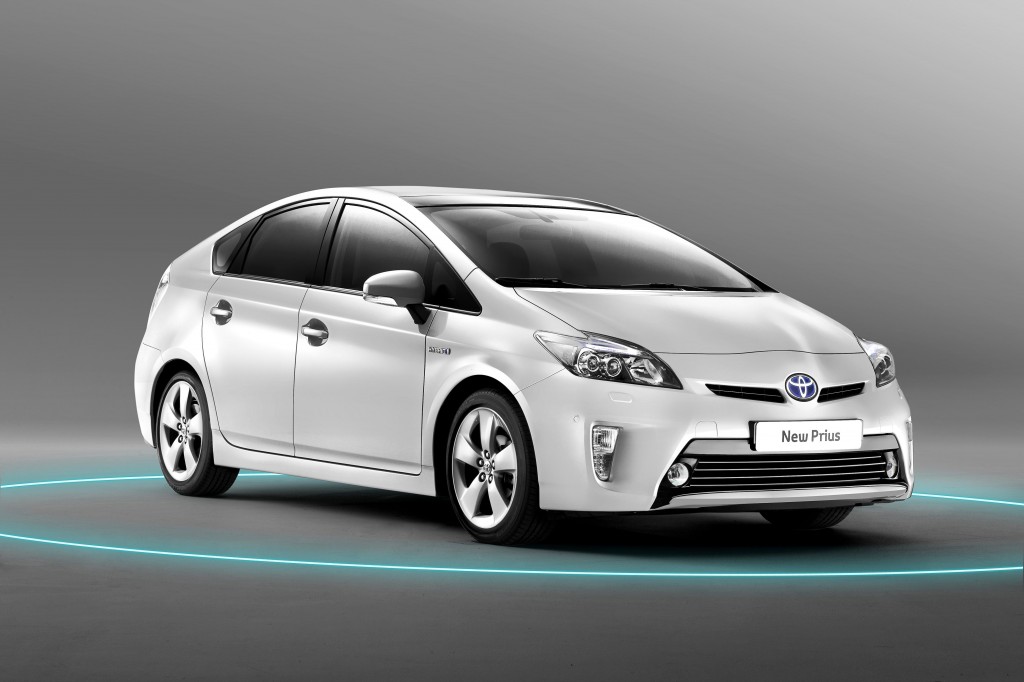 The refreshed 3rd generation Prius is debuting at the 2011 Frankfurt Motor Show, with improvements to both interior and exterior design and a range of advanced multimedia systems.

Exterior changes to this model include a more dynamic front. The revised number design places emphasis on an enlarged lower grille, in keeping with the new face of the next generation of Toyota vehicles. The headlamp configuration has been revised and daytime running lights have been incorporated into the bumper.

Inside, the centre console has been revised, and more affordable multimedia equipment choices have been introduced, including Toyota Touch and a new JBL Matrix Premium Sound System with GreenEdge energy-saving technology.

The Prius family aren’t the only things on display from Toyota at Frankfurt – click here to see what else is on show. For more images of the Prius family and other exclusive photos from the motor show, visit our Flickr photo gallery.