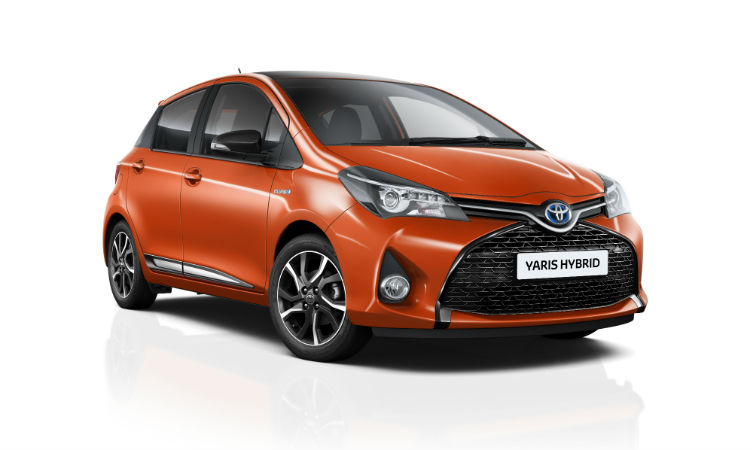 The Toyota Yaris Orange Edition was a special edition supermini launched in 2016. It was defined by its zesty Orange Twist metallic paint, plus a host of style and equipment features inside and out.

It was an unmistakeable addition to the range of the third-generation Yaris. It joined the line-up as Toyota celebrates three million Yaris having been built at its Valenciennes plant in northern France since production started in 2001.

The Toyota Yaris Orange Edition’s bright bodywork strikes a strong contrast with black detailing, including the door mirror casings, rear pillar (creating a floating roof effect) and side sills, which feature an additional chrome flash. The effect is further heightened by a matt black finish for the honeycomb and a smart set of 16-inch machined-face alloys.

Rear privacy glass is provided as standard, together with a fixed Skyview panoramic roof.

In the cabin of the Toyota Yaris Orange Edition there is a black-on-black theme: the black headlining and instrument panel and new black and grey cloth upholstery matched by piano black finishes for the air vents, centre console and gear knob. The black carpet mats are hemmed with orange stitching.

The specification was based on the Yaris Icon at the time, but added plenty of appealing extras, including cruise control, automatic air conditioning (in the hybrid model), LED rear lights and a rear spoiler.

Although this Toyota Yaris Orange Edition is no longer available as a new purchase, examples occasionally crop up in our approved used car sales, which you can find by clicking here.