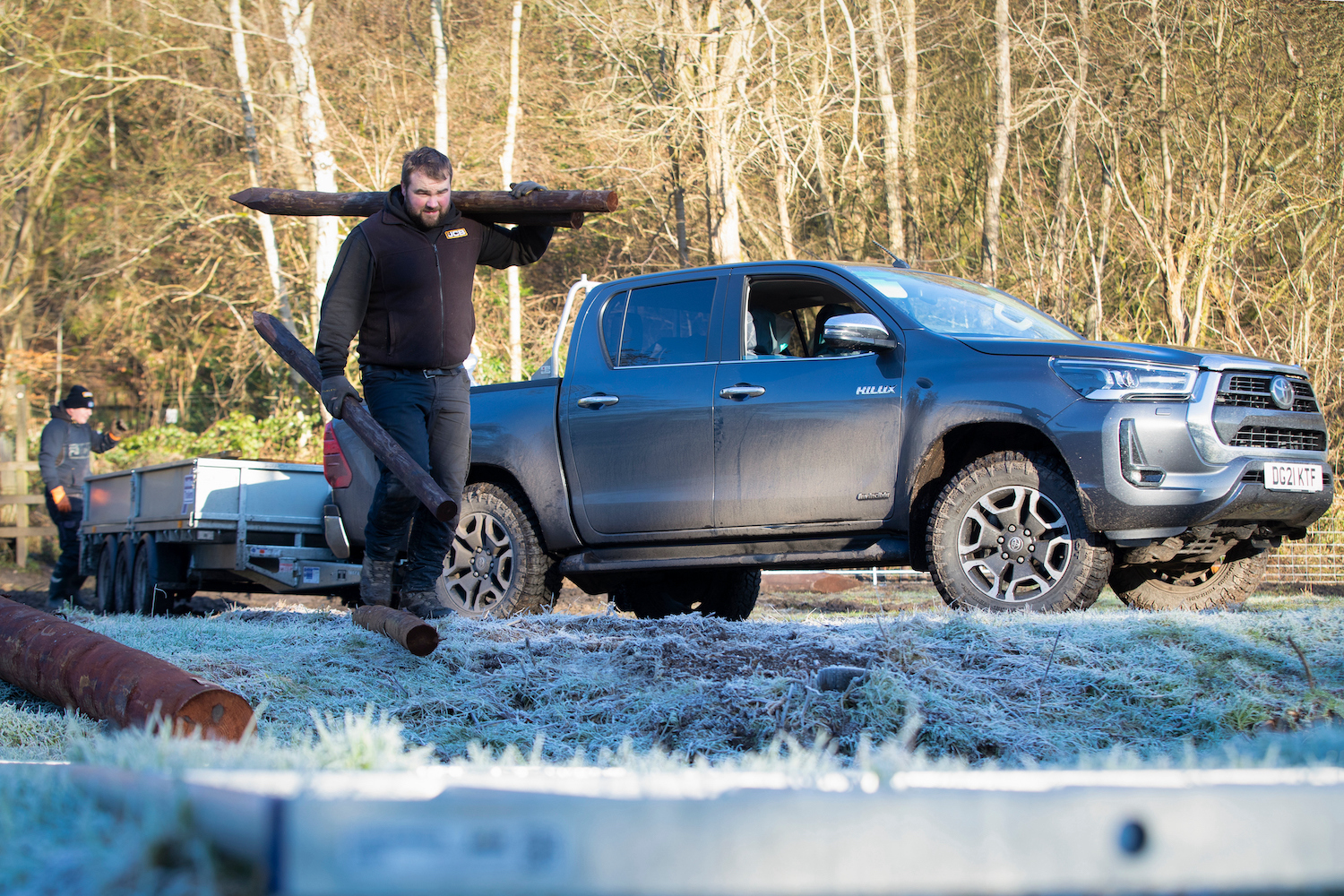 Linking Uttoxeter to Manchester, the Churnet Valley Railway opened in 1849. For 116 years passenger and freight trains snaked along the southern section of the line through a steep-sided picturesque valley, often referred to as Little Switzerland. Other sections remained operational for longer – and a couple of heritage lines still run on parts of the route today.

But in 1965 the last train steamed along the banks of the river Churnet below Alton Towers in Staffordshire. The rails have long since gone and the route is now a public bridleway. The longest vehicle to make its way up the old railway in years has probably been a tandem – until today.

Pulling a six-wheeled trailer, fencing contractor Peter Brookes’ Toyota Hilux edges slowly along the trail. A thin crust of white frost cracks as the tyres squelch into the mud-stained black from decades of steam train soot – eventually finding enough traction on the stoney track-ballast beneath.

With a combined length of over 30ft, Peter’s rig is longer than many of the North Staffordshire Railways’ steam locomotives which once puffed up and down the line.

Lying in the trailer are four aluminium gates and a selection of wooden fence posts. Pete and his colleague Jack Hotchin, 29, unload the shiny ice-covered five-bar gates. Jack then deftly heaves out the largest post, tossing it onto the ground – eat-your-heart-out Geoff Capes!

Pete, 56, runs Hilltop Fencing. He’s just started a two-month contract to replace the fence on fields alongside the old railway line on Crumplewood Farm. The land is owned by digger-makers JCB.

“It’s a pretty big job, we are replacing a total of 5km of fence.” said Peter, as he walked forward unravelling a length of barbed wire from a wooden pole.

He bought his metallic silver, manual 2.8 Invincible Hilux in March from Cheshire Contracting in Warrington.  “It’s my fourth Hilux” he explained.

“They’re the best at everything – they’re the most reliable and hold their money best. My wife drives a RAV4 too. It’s on an 09 plate but nothing’s gone wrong with that either – not even an exhaust” he said.

“I’ve put a Decked drawer system in the back for all my tools – it’s really good – and fitted Radar Patriot tyres all-round. They’re super grippy in the mud – especially when pulling this three-and-a-half-ton trailer.”

Leaning on the tailgate, dressed head-to-toe in nothing but JCB branded clothing, Pete stopped for a break and a cup of tea. Holding a ham sandwich above his head in one hand – just out of jumping-range from a hungry, scruffy grey lurcher who had bounded into the field chased by its puffed-out owner – he began to calculate how much equipment he will use on this job: