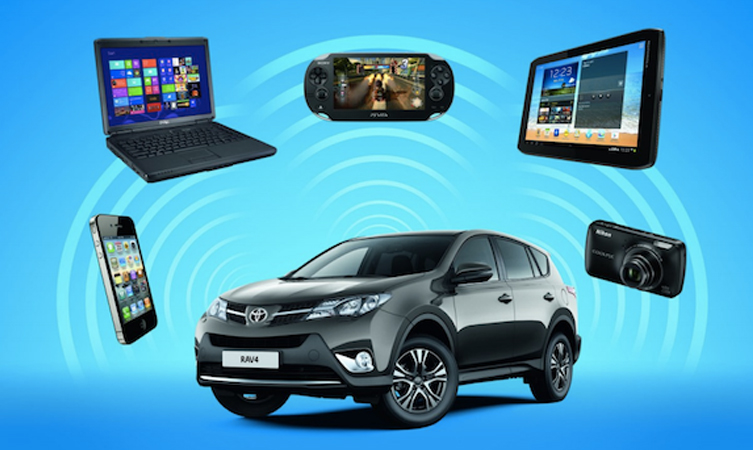 Toyota Hotspot, an in-car multi-media device that allows Toyota owners to connect up to five WiFi-enabled devices to the internet while on the move, has arrived on sale.

Similar in size to a home WiFi hub, the smart black box makes getting online easy – simply start the car, pair your smartphone, tablet or laptop to the unit and Toyota Hotspot will remember the device for future journeys.

The hotspot allows for multiple devices to be connected at once, meaning that drivers can stream music through digital services such as Spotify, while passengers can browse the web or stay in touch with friends on social media.

WiFi data is provided via a SIM card. The hotspot is equipped with a SIM card reader, giving owners a choice of data plan and provider for the device.

The fitment of two 3G antennae mean that WiFi is available at high speeds, and the system can cope with even the harshest conditions, remaining fully operational at temperatures twenty below freezing. A three-year warranty provides further piece of mind.

Toyota Hotspot is available as a dealer-fit accessory from Toyota dealers (dependent on availability) for £350 including fitting on the following models:

Fitment time is approximately one hour and there are plans for a range-wide rollout of the kit in the future.