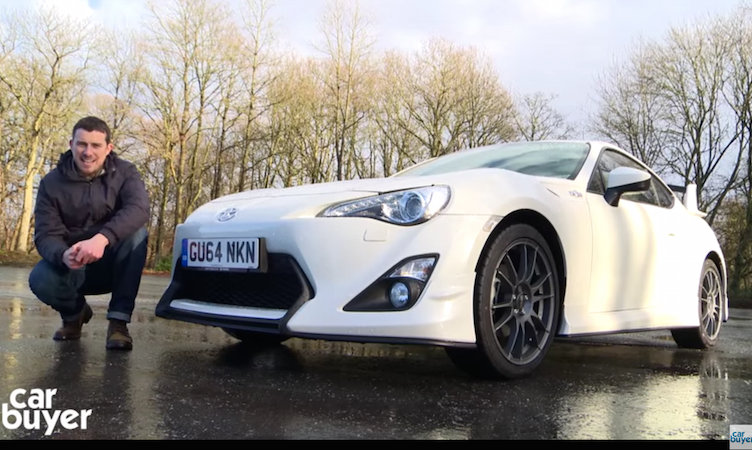 The Toyota GT86 can add another accolade to its trophy cabinet – it’s been named Carbuyer’s number one sports car.

Heralded for it’s back-to-basics focus on delivering driving pleasure through exceptional handling, steering, gear change and a feeling of close connection between the driver and the road, the GT86 has already won a multitude of car of the year and best sports car titles since it was launched in 2012.

This latest award sees it place above far more expensive machinery such as the Porsche 911, BMW M4 and Jaguar F-Type – but as Carbuyer presenter Mat Watson says, this list is about smiles per hour, not just miles per hour.

It even pips its sister car the Subaru BRZ to the title, despite their similarities, thanks to the extensive Toyota dealer network in the UK and some slightly different styling features and suspension settings.

Watson describes the GT86 and BRZ as: “…great fun to drive with accurate steering, a nice snickety gear change … you can explore the limits of the car at moderate speeds.”

You can read the Carbuyer review of the Toyota GT86 here.

See our other posts on the GT86 here.