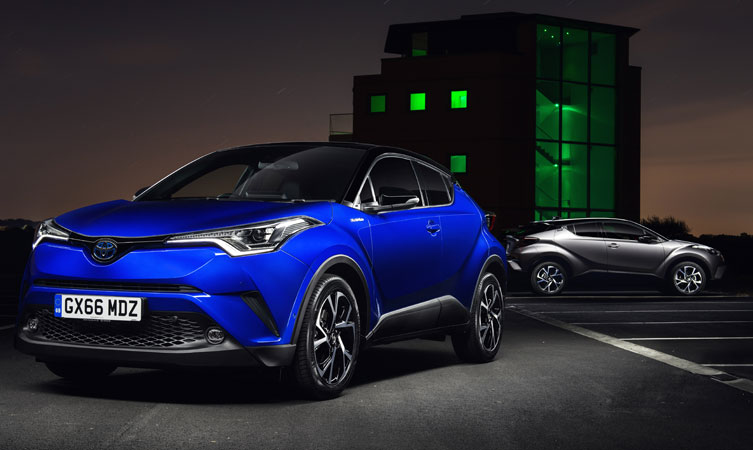 The cosy, conventional order of the crossover market has been given a serious shake-up with the arrival of the edgy Toyota C-HR, a model that’s now been honoured for its disruptive impact and winning quality with a coveted Game Changer award from top motoring magazine Autocar.

Autocar presents its Game Changer awards to cars that have “turned the established order on its head” during the past year, setting new standards and defying convention.

Mark Tisshaw, Autocar Editor, said: “The Toyota C-HR is the product of the global car industry giant getting out of its seat on the periphery of the European market to up the ante. It’s an interesting refreshing and genuinely good addition to the crossover class and as such is a worthy winner of one of the Autocar Game Changer awards.”

His comments echo the findings of the magazine’s Toyota C-HR road test, in which it praised Toyota for its “new-found fearlessness when it comes to design”.

Toyota C-HR follows the new Prius as the second model to be built on a Toyota New Global Architecture-based platform, the basis for a balanced chassis that delivers a more rewarding drive. Its benefits were clear to Autocar’s test team, which reported: “…it controls its moves very cleverly, stays balanced at all times and manages to let any movement adversely affect the authority of its steered axle or the consistency of its grip level.”

The awards presentation took place yesterday evening at Silverstone’s Wing complex at the race circuit where Toyota enjoyed a winning start to its 2017 World Endurance Championship campaign just a few weeks ago.

Paul Van der Burgh, President and Managing Director of Toyota GB, said: “It’s fantastic to see [Toyota] C-HR being recognised by Autocar with this award for the fresh and radical new contribution it is making to the all-important crossover market. It’s our promise to make ever-better cars and [Toyota] C-HR really captures this principle – stand-out styling, a great driving experience and the option of our latest generation petrol-electric hybrid power, plus Toyota quality and reliability throughout.”