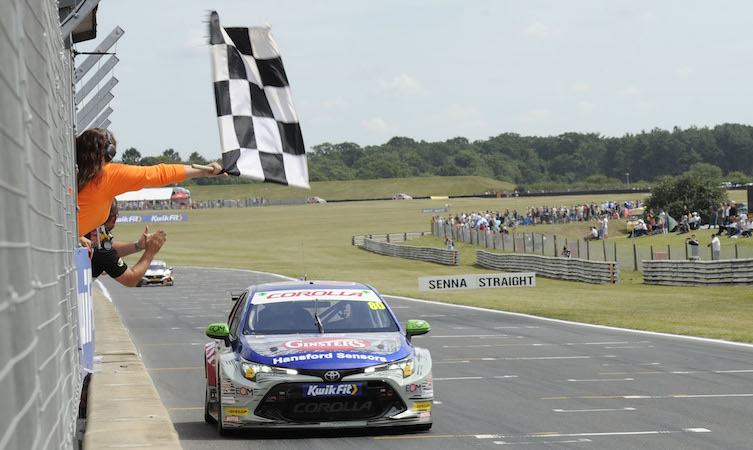 Tom Ingram stormed to his second race win of the British Touring Car Championship season in the new Team Toyota GB Corolla at Snetterton at the weekend.

The 25-year-old racked up the eleventh BTCC victory of his career in emphatic style at the 2.97-mile Norfolk circuit as the Corolla, introduced this year by Cheshire-based Speedworks Motorsport as a replacement for the successful Avensis, continued to display its race-winning potential. 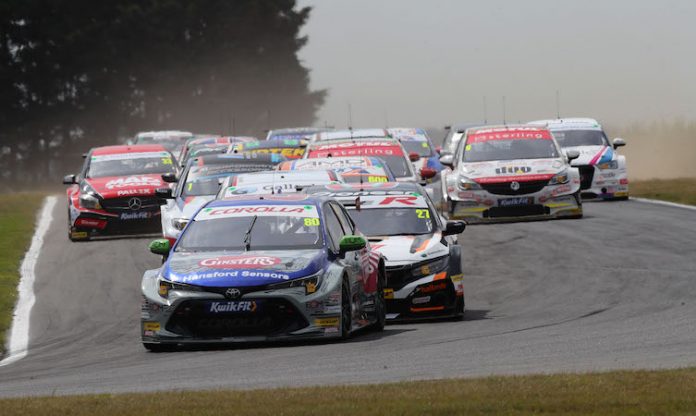 Ingram’s first victory in the Team Toyota GB with Ginsters Toyota Corolla had been achieved at Donington Park, where the BTCC’s reversed-grid rules had enabled him to capitalise on an advantageous starting position.

Snetterton, though, marked the first time that the new Corolla has proven to be the pace-setter from the outset. Having claimed pole position on Saturday, Ingram converted that into the race lead and, after fending off the close attentions of his pursuers, gradually stretched his legs to win by more than three seconds. 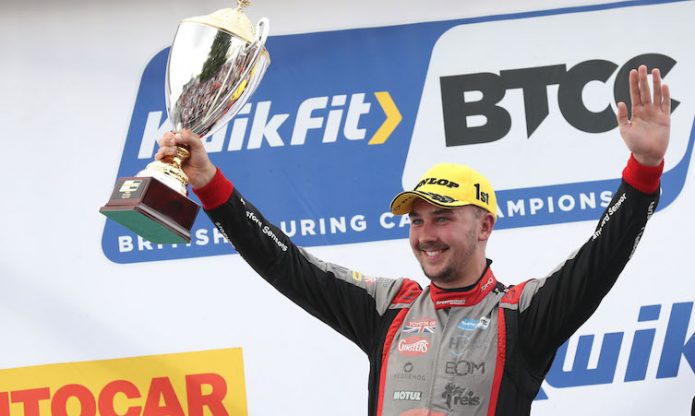 “I was happy to try to get a gap at the start and manage it from there,” said Ingram from the top step of the podium. “I was more than happy to make it a boring race for me!”

Ingram praised Speedworks Motorsport for finding significant improvements to the car during a recent mid-season test.

We’ve made a massive step forward with the car

“We made a massive step forward at the test. It was so important for us,” he said. “The way that the BTCC works over a race weekend, time is so tight and you can’t try the things you’d like to. The team has worked so hard to get every single last bit out of it. It felt better [in that race] than the Avensis ever was, and if we’re there already – it’s a real good sign.” 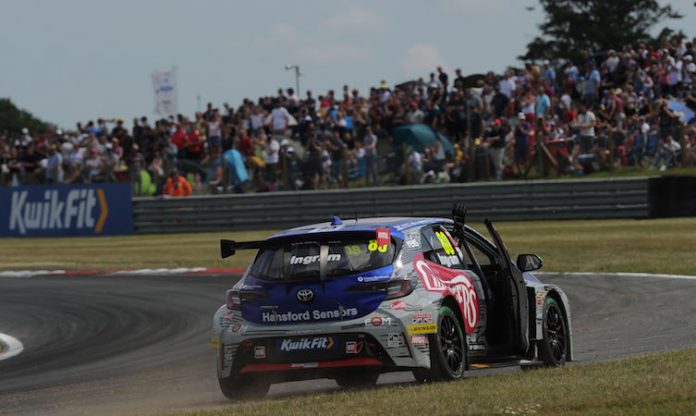 The race one success meant Ingram started the second encounter from pole position, albeit with his Team Toyota GB Corolla now heavily laden with success ballast.

When the race got underway, the additional weight made it difficult to resist the lighter cars of his pursuers, but Ingram gamely fended them off for half of the race. 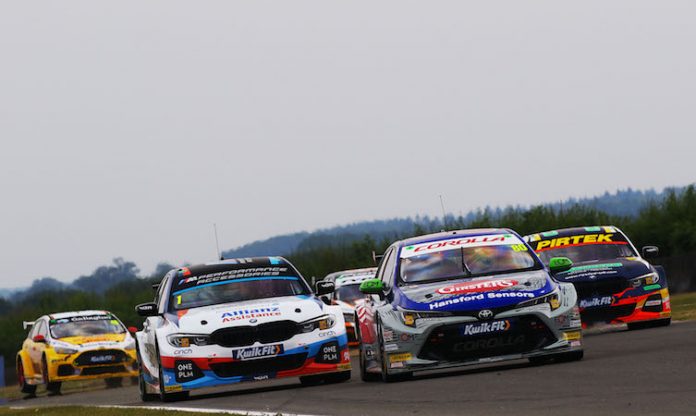 On lap seven, a nudge from the chasing BMW of Colin Turkington in a braking zone forced the Corolla wide and out of the lead, but it soon transpired that Ingram was grappling with a mechanical issue that left him powerless to resist the cars behind him. When the chequered flag fell, he was 23rd.

That set the scene for a stirring charge in the third and final race. With his Corolla healthy and free of success ballast once again, Ingram flew from 23rd on the grid to be classified eighth and collect more championship points. 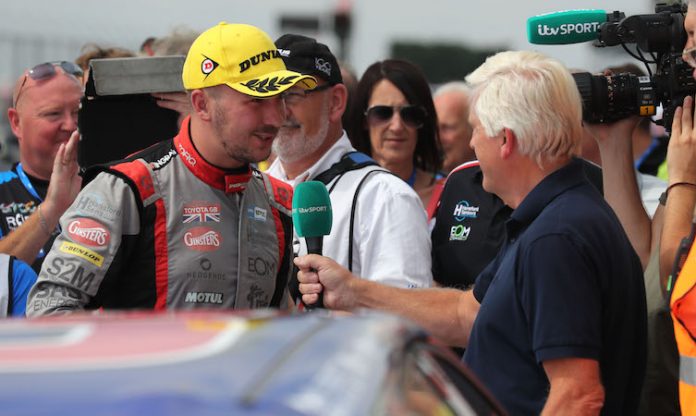 With 18 of the 20 races now completed, Ingram lies seventh in the BTCC points. Next for the Team Toyota GB Corolla comes a second visit of the season to Thruxton in Hampshire on 18/19 August.