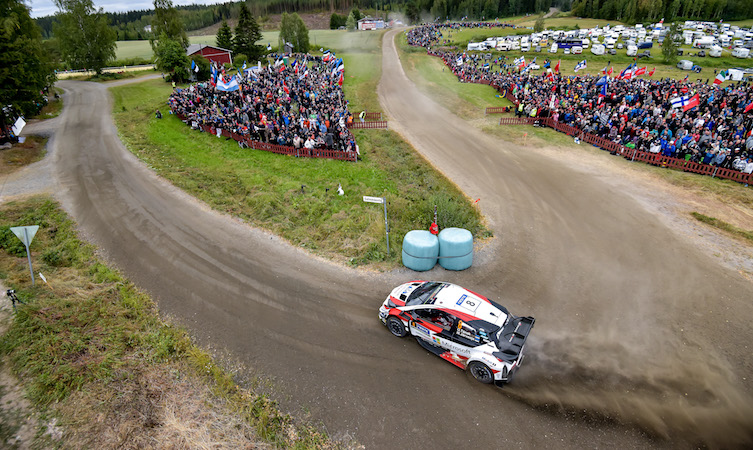 The Yaris WRC proved to be the car to beat on the super-fast, undulating gravel roads through the Finnish forests. 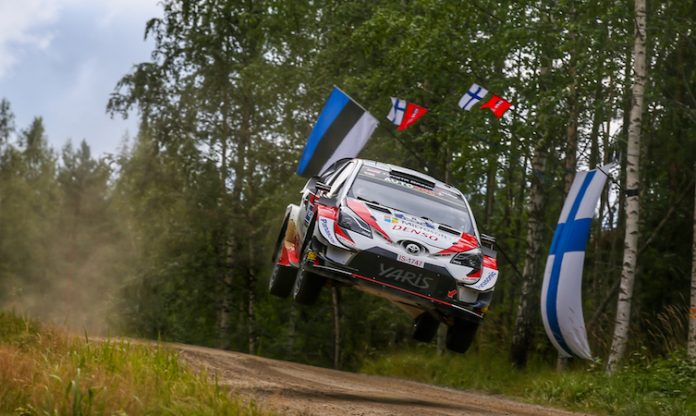 In the early stages of the event, Tänak tussled for supremacy with team-mates Jari-Matti Latvala and Kris Meeke. Latvala and his co-driver Miikka Anttila eventually finished third, but Meeke and Seb Marshall were forced into retirement after an impact with a rock damaged their car.

After the first full day of competition on Friday, all three Toyota drivers featured in an incredibly close lead battle, with Latvala leading Meeke by a scant 1.2sec and Tänak fourth overall, albeit just 2.6sec off top spot. The Estonian was fairly happy with his position considering he was having to run first on the road, which meant he was sweeping the loose gravel away from the surface to the benefit of his followers.

On Saturday Tänak benefited from a more advantageous road position and promptly took the lead by winning the morning’s first stage, only for Latvala to claim top spot back on the following test. 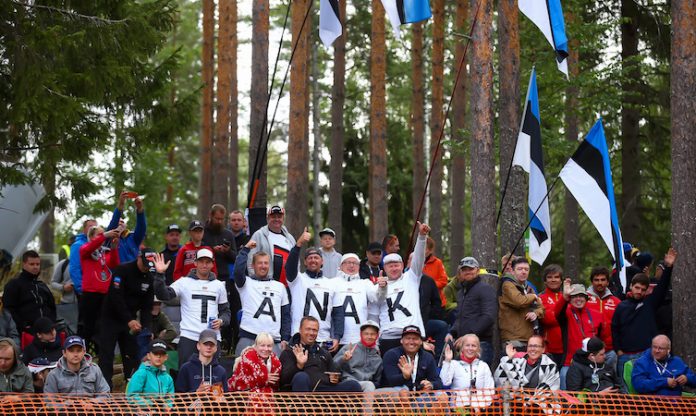 At that point, the Toyota trio were separated by just 0.6s, but Meeke’s challenge was scuppered on SS14, when contact with a large rock on the outside of a fast right-hand bend broke the Yaris WRC’s left-rear suspension, forcing him out of action for the rest of the day.

The errant rock also had implications for Latvala, who damaged a wheel when he hit it and lost around 13.9sec to Tänak in the process. With his team-mates slowed, the championship leader could focus on maintaining his newly found advantage during the afternoon. Latvala ended the day in third.

Going into Sunday’s final day, Tänak extended his lead to 16.4sec and maintained his exceptional pace. He took a further win on the closing Power Stage, outpacing his nearest rival by 0.7sec to claim the maximum 30 points from the event. This gives him a lead of 22 points in the driver’s championship over Sébastien Ogier. 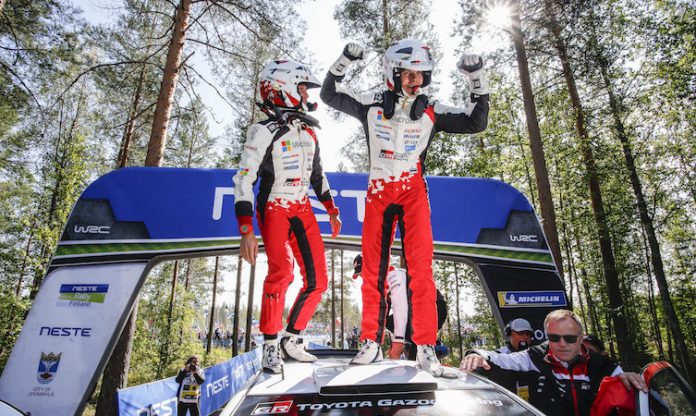 Tänak was delighted with the hard-won victory: “This is a perfect result to begin the second part of the season and a great boost for the whole team. Now we need to keep pushing. I focused on having a clean run with no mistakes and we were able to get maximum points.”

Latvala and co-driver Mikka Anttila claimed eight stage wins en route to their first podium finish of the year. Their success helped Toyota close the gap at the top of the manufacturer’s championship to 24 points. Meeke restarted the event on Sunday, but had to stop again in the penultimate stage after hitting a rock on the inside of a bend and breaking his car’s front-left corner. 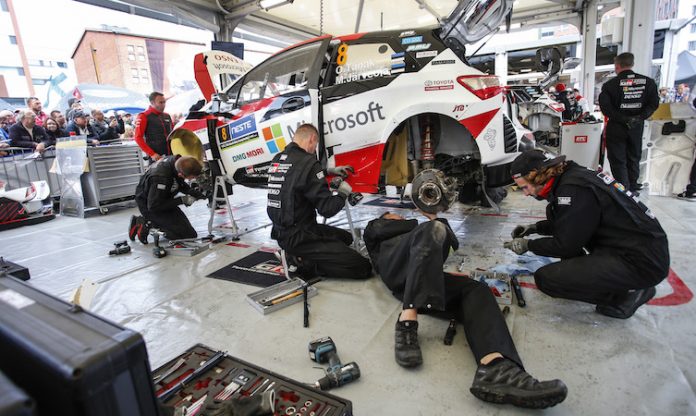 Next up for Toyota Gazoo Racing is Rallye Deutschland on the tough asphalt roads of Germany’s Mosel vineyards. The event runs from 22-25 August.