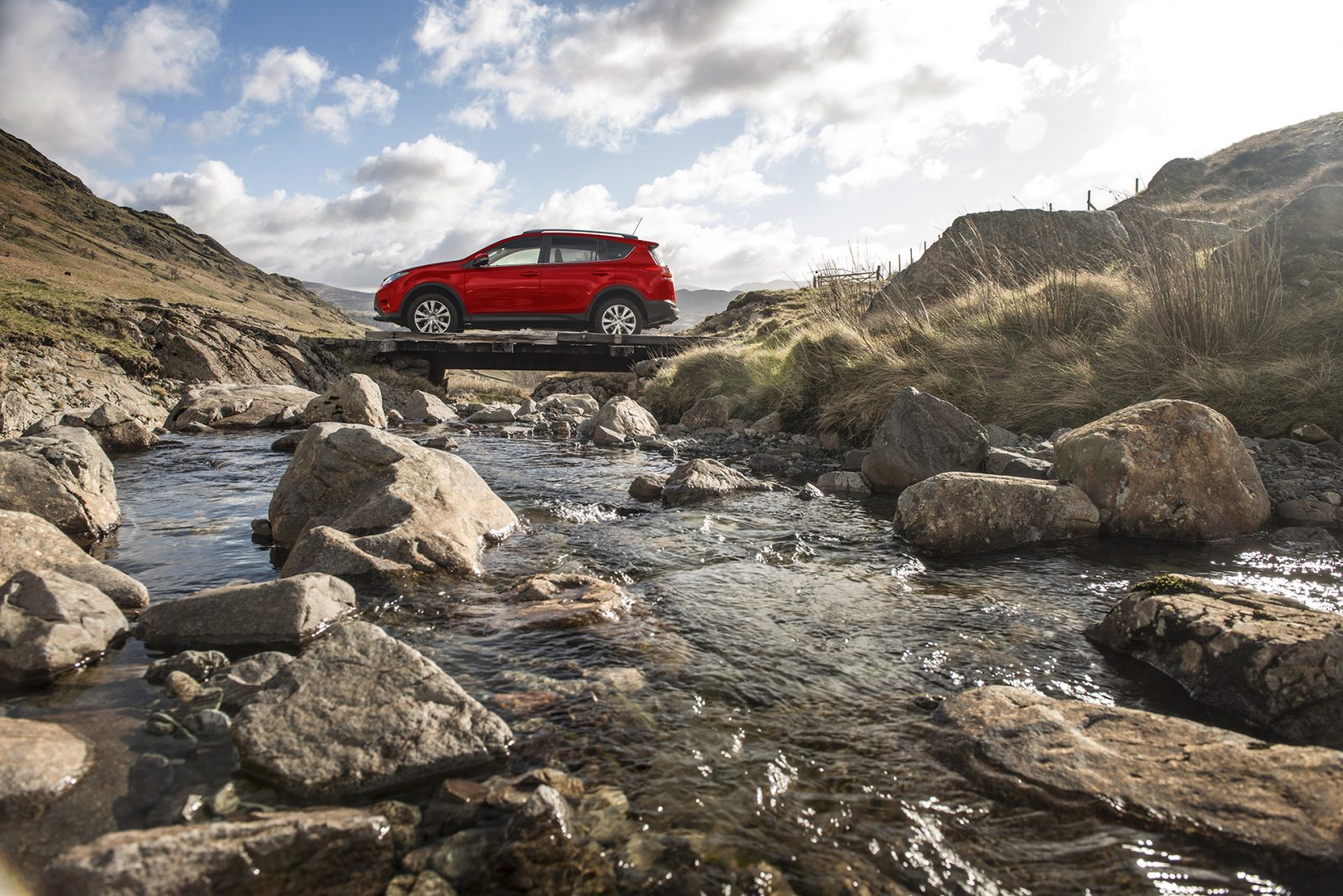 This week, you may have noticed we’ve been on an epic road trip, exploring some of Britain’s ultimate roads in the toughest of soft roaders, the Toyota RAV4.

Across four days, we’ve clocked-up 1,250 miles, and have taken on the highest, lowest, steepest, oldest, bendiest, most undulating, and most spectacular roads in the country. We’ve made four fuel stops, and almost twice as many fast food pit stops, and throughout it all, our RAV4 hasn’t missed a beat.

It’s conquered the highest, lowest, steepest, oldest, bendiest, and most undulating roads in Britain – fording streams, passing waterfalls, and dodging grazing cattle, sheep, and mountain goats as it went. We’ve driven our RAV4 off-road to some of the West Country’s muddiest tracks, and to the outer edges of isolated lakes in the Lake District, and despite the mixed terrain, cambers, altitudes, and motorway and village driving, have averaged 40 mpg from the all-wheel drive car’s 2.2-litre D-4D engine.

Starting from our HQ in Epsom, Surrey, we drove to Snake Pass in Glossop, Derbyshire, which vies for the title of Britain’s most undulating road, snaking up and down through the valleys of the Pennines for seven kilometres. From here, we drove 114 miles north west to Hardknott Pass in the heart of the Lake District. Hardknott Pass features a series of steep climbs that reach gradients of up to one in three; it is famous for being not only steep, but continually steep for a long stretch, with a two kilometre ascent.

The tour then took in the spectacular scenery of the Lake District, and the highest A-road, and highest road of all, in County Durham and Cumbria, respectively. From here, it was down to Peterborough for the lowest road, Holme Fen, before heading to Beckhampton, 11.5 miles South of Swindon, Wiltshire, to drive The Ridgeway – Britain’s oldest road. The tour then headed to Zig Zag Hill, the UK’s bendiest road, situated on the Wiltshire/Dorset border, before wrapping-up in the New Forest.

We’ll be bringing you the full itinerary from our tour of Britain’s ultimate roads next week, as well as information about the roads, some behind-the-scenes action, and tips for seeking out the most beautiful countryside and spectacular views in England.

If we’ve awakened your appetite for adventure and you’d like to get behind the wheel of a RAV4, leave a comment below, and we’ll be in touch shortly. You can find out more about the RAV4 on the designated section of the Toyota UK website, and you can read our review of the car here.