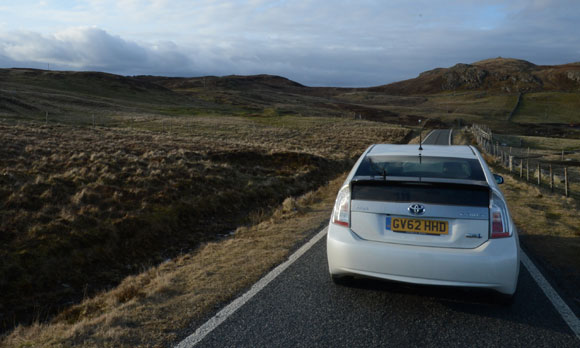 The Toyota Prius Plug-in took a bow last weekend, as part of a series of arts events aimed at exploring the future of transport for the community of one of the UK’s most northerly outposts in Shetland, Scotland.

The car became a mobile theatre, staging a performance as part of the Ignition series, which ran for the past six months as the island’s population looks ahead to how they can use transport in the coming years. An open day symposium that brought together academics and experts to discuss The Future of the Car completed the event.

Toyota supported the initiative, organised by the National Theatre of Scotland with Shetland Arts and Creative Scotland. It helped raise public awareness of how advanced technology can help reduce the impact of the car on the environment – an ethos that is at the heart of Toyota’s business.

Prius Plug-in demonstrates further advances in Toyota’s industry-leading hybrid technology, its combination of petrol engine and rechargeable lithium-ion battery making it possible to drive on electric power alone – with zero fuel consumption and exhaust emissions – for more than 14 miles. When the battery charge is exhausted, the hybrid system’s petrol engine automatically comes into play, so there is no risk of running out of power before reaching your destination.

That offers clear benefits for drivers making city commuting journeys, but it also means people in small island communities such as Shetland can cover almost all their regular journeys carbon-free. And if they do need to venture further afield, or run low on charge, Prius Plug-in’s hybrid system means there need be no “range anxiety”.

Toyota supported Ignition and the open day symposium through its involvement in E-Cosse, Transport Scotland’s partnership to explore and promote opportunities for sustainable, electric-powered transport.

Find out more about the Prius Plug-in on the toyota.co.uk.