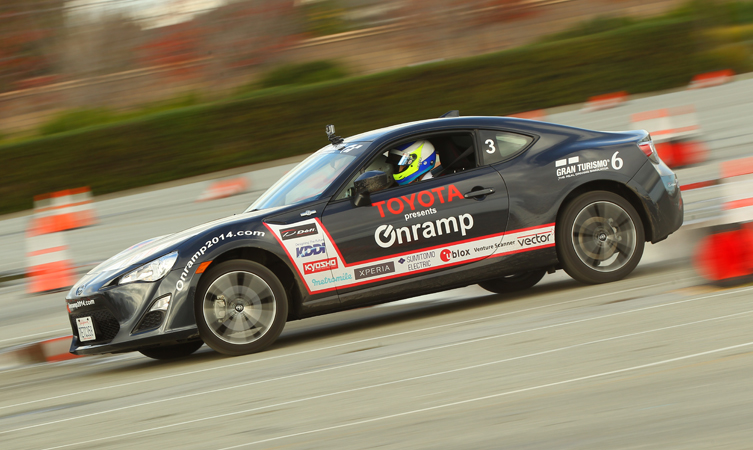 If you could tap into your car’s brain, were able to ‘see’ what it was doing from the moment you pushed the ‘Engine Start’ button, what would you do with that information?

That’s exactly what Toyota is asking the tech world’s leading developers with the Onramp Challenge, a two-part event which concludes over the weekend of 6-7 December with a 24-hour competitive hackathon where Silicon Valley’s finest are let loose with the data from a Scion FR-S (Toyota GT86) with no limits on their creativity other than time.

The seeds for the Onramp Challenge were sown during the GT86’s development when GT86 chief engineer Tetsuya Tada and his team initiated the creation of the CAN-Gateway ECU.

A joint project between Toyota and DENSO, the CAN-Gateway ECU enhances the GT86 with a data-logging facility that collects and stores all the ECU telemetry such as fuel consumption, engine speed, throttle position, gear selection and more.

Toyota has scratched the surface of this functionality with its Japan-only Sports Drive Logger, which records ECU and additional GPS data to a USB drive. This can then be uploaded into Gran Turismo 6‘s GPS Visualiser and your real-world lap can be recreated in the digital realm. It’s very cool, but also only works on three Japanese race circuits, so the market for the device is limited.

However, it’s this same functionality provided by the CAN-Gateway ECU that makes the Onramp Challenge so exciting. Instead of targeting car enthusiasts per se, who don’t need much convincing about the GT86’s fantastic driving experience, Onramp tapped into a different demographic. The first event saw more than 60 Silicon Valley developers, designers and programmers invited to Laguna Seca Raceway to sit alongside professional drivers on hot laps of the world-famous circuit, and then see firsthand how that data could be used in GT6.

For the second event, the roles are reversed – instead of Toyota showing what it can do with the data, it’s the developers’ turn. Taking place in the heart of Silicon Valley, more than 200 code-wrangling tech experts will have access to live-streamed data from six Scion FR-S sports coupes fitted with a newly developed, Bluetooth-enabled version of the data-logging hardware (pictured below).

What apps they build around the data is anyone’s guess, although the organisers expect three main areas of innovation to emerge; the best apps in the ‘Safe’, ‘Fun’ and ‘Green’ categories are eligible for small prizes, with the best overall app netting its designers a $10,000 cash prize.

What Toyota expects to result from the hackathon is an indication of how people envisage the driving experience integrating with life in the near future. By capturing the spirit of Silicon Valley, where the speed of innovation and rate of progress is so fast, Toyota is directly connecting with the individuals who shape the technological world around us.

Alongside Onramp’s 24-hour codefest, the organisers have planned a technology fair where Toyota and the other event sponsors will demonstrate their latest tech-related products, and a business conference with presentations from Toyota executives and speakers from Silicon Valley startups. GT86 chief engineer Tetsuya Tada will be attending for the weekend too, and we’re sure that he’s just as eager as the rest of us to see what varied and innovative solutions the hackathon contestants create.

We’ll bring you an in-depth interview with Toyota’s Yas Kohaya and Onramp co-organiser Robert Evans later, and to get the latest updates from this weekend’s hackathon, follow @OnrampEvents on Twitter.

For more information about the Toyota GT86, head over to the designated section of the Toyota GB website.