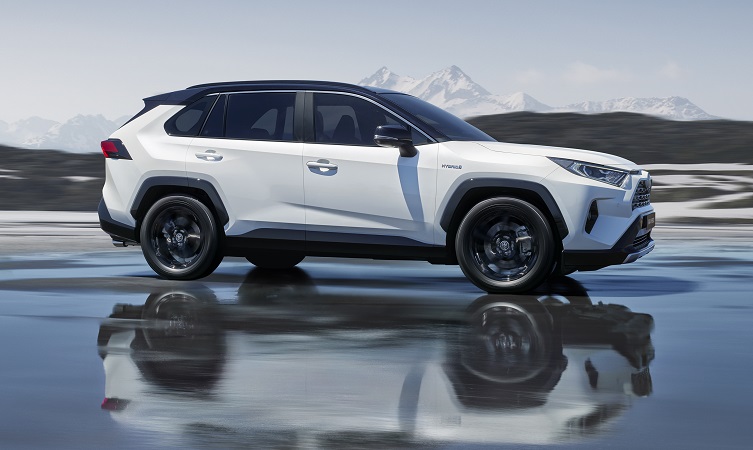 In 1994, Toyota’s launch of the original RAV4 introduced a new kind of car to the world. It was one that combined the go-anywhere performance and rugged stance of an SUV with compact dimensions and handling more akin to a hatchback.

The same pioneering spirit is witnessed in the all-new fifth generation RAV4, which makes its first European appearance at the Paris Motor Show. This is a model which takes the SUV into a new era of performance, capability and safety, advances that are underpinned by the first use of a TNGA (Toyota New Global Architecture) platform in an SUV and a powerful new design.

With its low centre of gravity and significantly increased body rigidity, the new RAV4’s GA-K platform directly contributes to superior handling and ride comfort. It also provides a spacious interior, class-leading load space and the freedom to produce a strong, eye-catching design with lower roof and bonnet lines and higher ground clearance. As well as providing more space and comfort, the cabin displays exceptional quality and finish throughout. 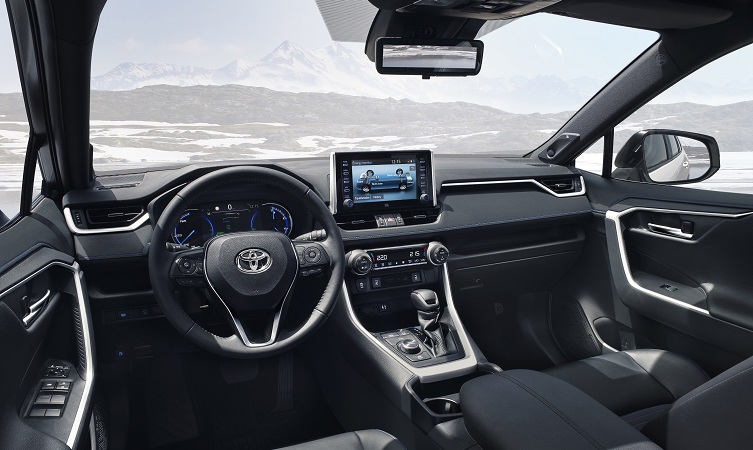 The new RAV4 remains unique in its class in offering customers a self-charging hybrid electric powertrain – the choice of an overwhelming majority of customers in Western Europe (85% in 2018). The new 2.5 litre, 219bhp TNGA hybrid powertrain will strengthen customer appeal, delivering step-changes in power, responsiveness and efficiency, with best-in-class fuel economy and emissions.

At the same time, RAV4’s all-wheel drive systems have been comprehensively improved to achieve a drive on any road capability. The new RAV4 Hybrid’s electric AWD system has been re-engineered and enhanced to provide much stronger performance in challenging conditions and secure handling on slippery surfaces. 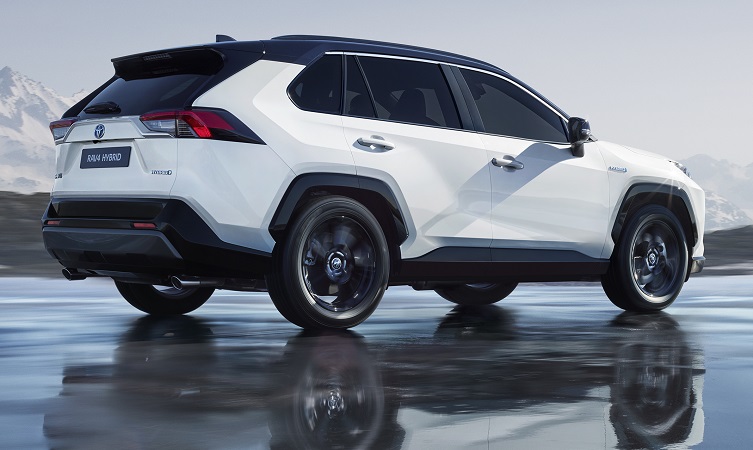 The new RAV4 is also the first Toyota to benefit from additional Toyota Safety Sense features that extend the use of advanced technologies to help prevent accidents and provide greater driver assistance, including systems that introduce a degree of automated driving.

Over the next few weeks we will publish three further blog articles that will take a closer look at the new Toyota RAV4 Hybrid’s design, its comfort and convenience features, as well as its powertrains and performance.