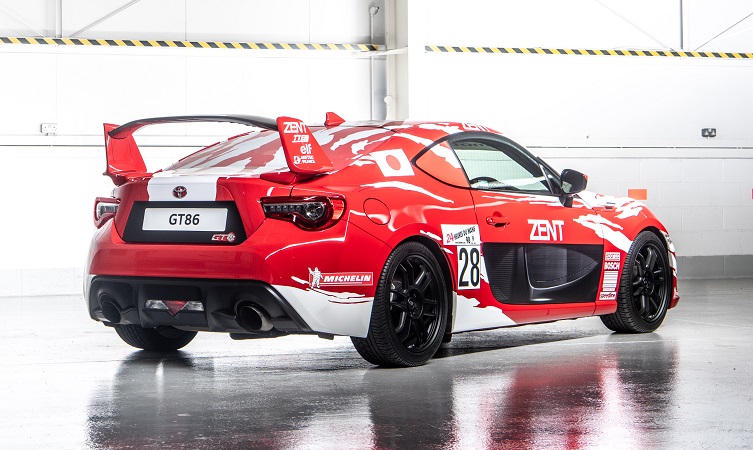 Each of our three new heritage livery GT86 models was inspired by one of Toyota’s most thrilling performances in the annual 24 Hours of Le Mans. This heritage livery Toyota GT86 was created in commemoration of the super-sleek Toyota TS020 (also known as the GT-One) which competed at Le Mans in both 1998 and 1999. 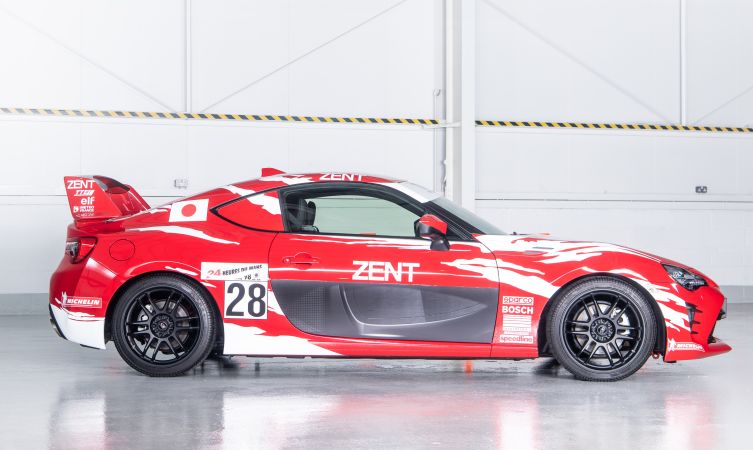 Its authentic look in our preferred livery has been recreated using one-off vinyl wraps and decals, which includes perforated vinyl across the rear windows so they can still be seen-through and printed vinyl across the doors to give the illusion of the cooling scoops. The specification also uses lowered suspension, a stainless steel exhaust system, high-level rear spoiler and motorsport-style road wheels. 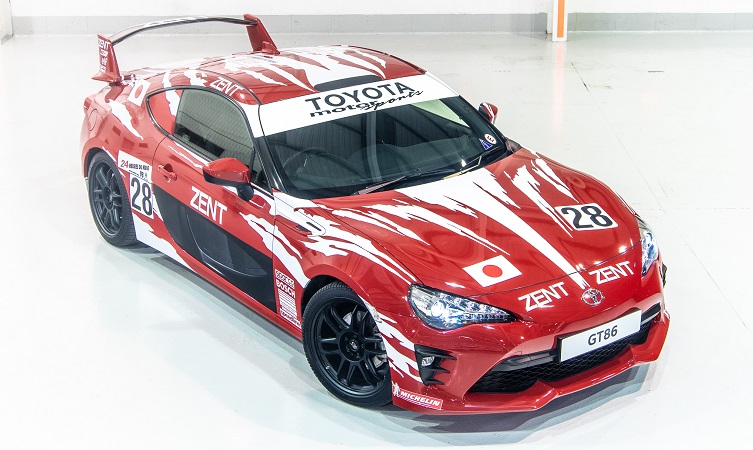 A brief history of the Toyota TS020/GT-One

The Toyota TS020, better known in Europe as the Toyota GT-One, was a pure-bred Le Mans car, created specifically to contest the 24 Hours of Le Mans with no compromise in terms of design or engineering.

The TS020 was built by Toyota Motorsport GmbH (TMG) at its headquarters in Cologne, Germany, and was the work of a team assembled specifically for the task by Andre de Cortanze, a designer whose past work included the Le Mans-winning Peugeot 905. 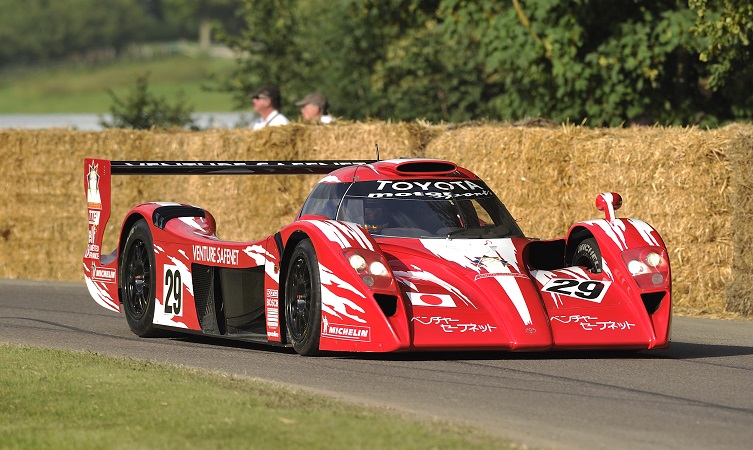 In its day, the design project was one of the most advanced in motorsport. No drawing boards were used; the work was accomplished entirely on CAD systems. De Cortanze completed the chassis concept in January 1997 and within two months work was progressing rapidly on the general design and details of the car’s front, rear, and fuel tank. By May the doors and the rear and side structures were finished, leading to a completion of the entire project by September. 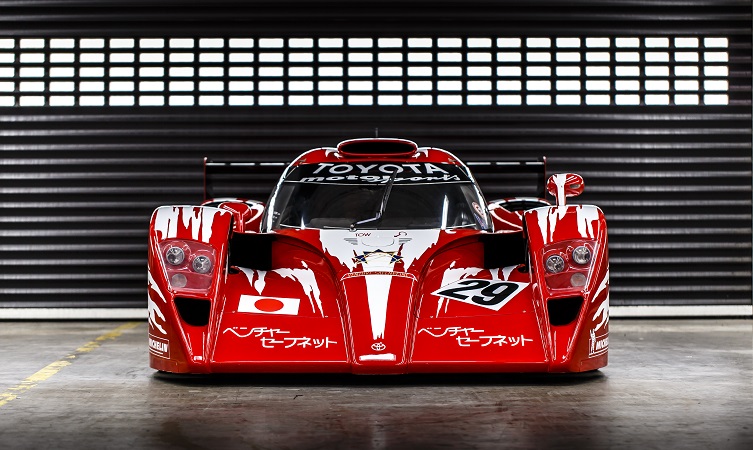 The first chassis was delivered in October 1997, the sleek shape of the bodywork having been refined using a wind tunnel in Italy. De Cortanze’s design was characterised by minimal air vents in the body.

The engine had its heritage in the twin-turbo V8 that powered the earlier Group C TS010. However, Norbert Kreyer and the engine division of TTE (Toyota Team Europe) completely revised the original design. They reduced its height and weight, improved fuel economy, boosted power and altered the rev range. 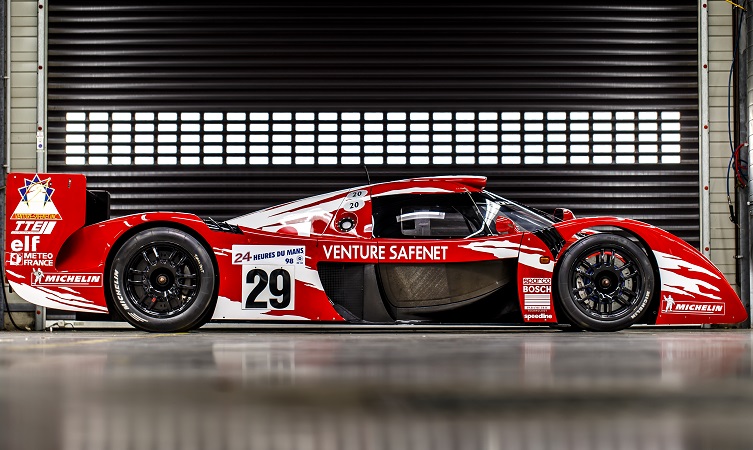 The first TS020 chassis ran in December 1997, less than a year from the start of the project. Initial test and development was undertaken by British driver Martin Brundle, but later all nine drivers from Toyota’s Le Mans squad were given significant time behind the wheel.

In accordance with the FIA rules of the day, the TS020 also had to be developed as a legal road car. In fact, the differences between race and road versions were small: in road-going mode, the rear wing was set lower and the suspension ride height was raised. A smaller fuel tank was fitted and the addition of catalytic converters ensured the vehicle complied with emissions regulations. 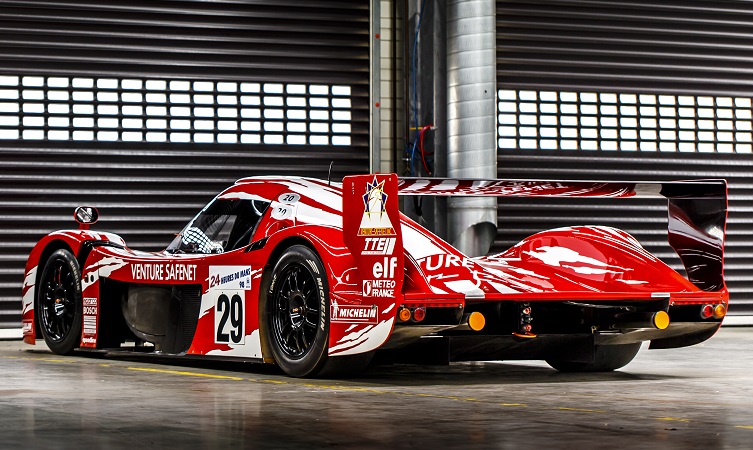 The racer made its first competition appearance in the 1998 Le Mans race, qualifying in second. The team of Thierry Boutsen, Ralf Kelleners and Geoff Lees held second place in the race until the final hour, when the Toyota was forced into retirement through transmission failure. Team-mates Ukyo Katayama, Toshio Suzuki and Keiichi Tsuchiya took the chequered flag in ninth position. 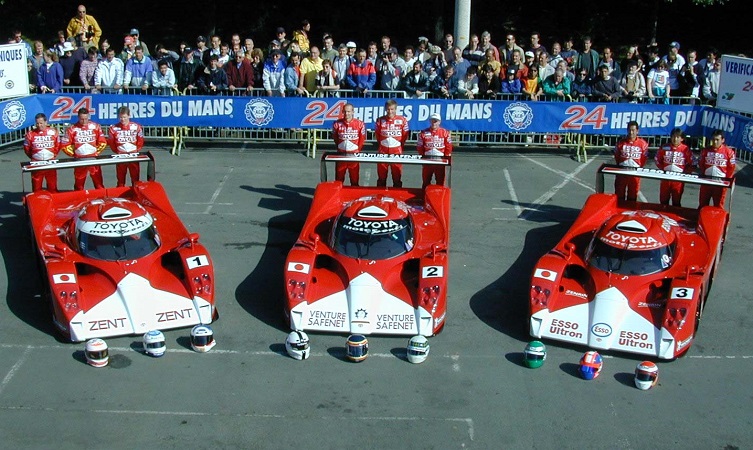 Toyota returned to Le Mans the following year with a new white-nosed car and swept all competition aside to claim first, second and third places on the grid in qualifying. However, in the race the #1 and #2 cars of Brundle/Collard/Sospiri and Boutsen/Kellners/McNish were sidelined by separate accidents. The #3 car of Katayama/Suzuki/Tsuchiya made rapid progress in the second half of the race and posted a new lap record of 3m 35.032s on its way to a second place finish. 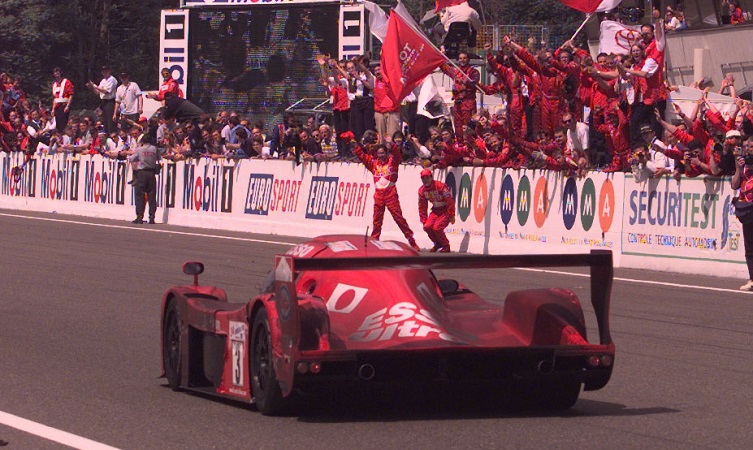