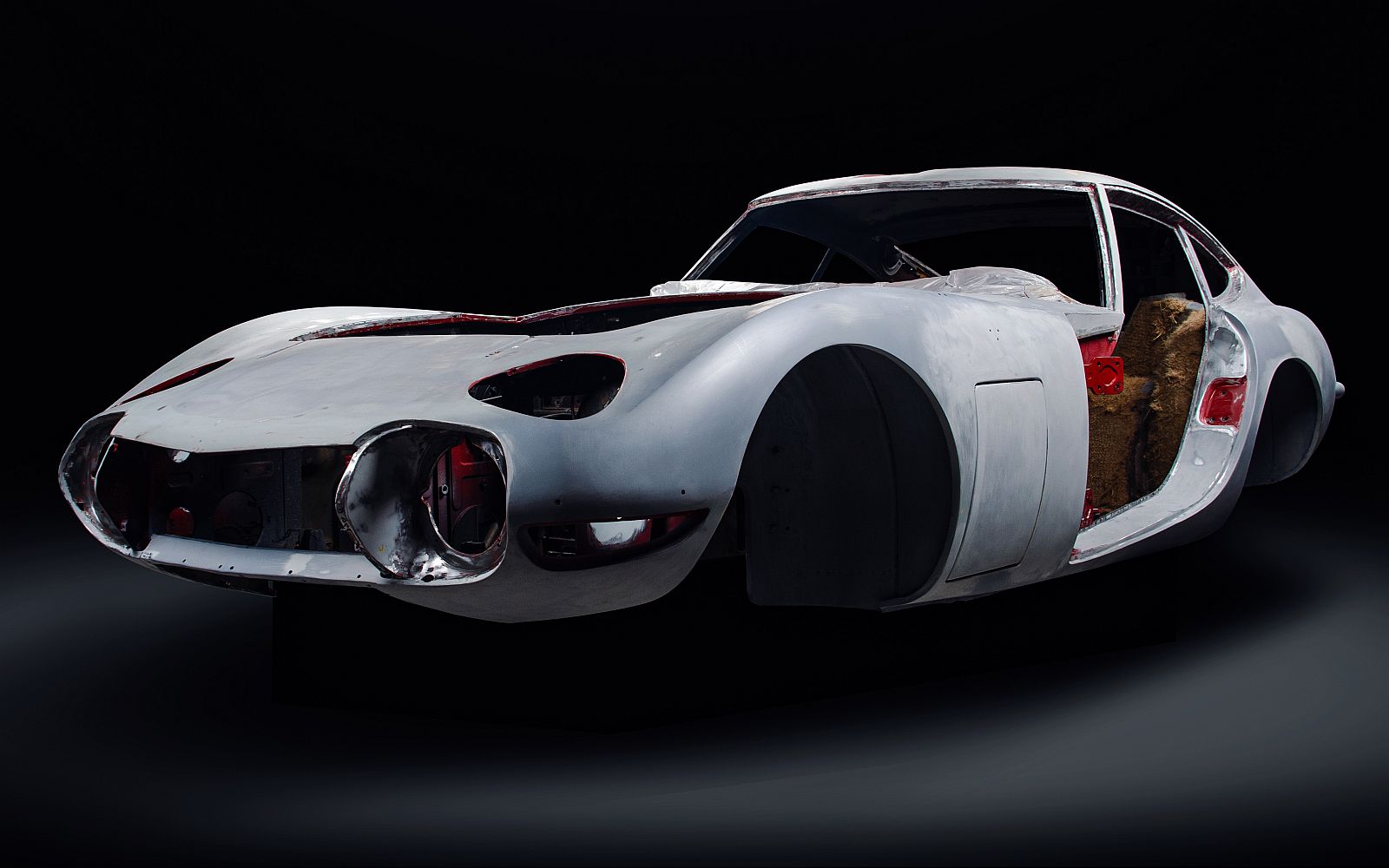 Only 351 examples of the iconic Toyota 2000GT were produced in its short, three-year production run from May 1967 to August 1970. Of these, just 233 cars were made in right-hand drive and only three were allocated to the market in South Africa.

Toyota’s historical documentation reveals that chassis numbers MF10-10131 and MF10-10206 were both painted in the popular shade of Pegasus White, while chassis number MF10-10207 was said to be finished in the less common Thunder Silver. The three vehicles arrived in South Africa between 1967 and 1968.

Toyota South Africa has possessed car #10207 for a number of years as part of the company’s heritage collection and it has always puzzled the team why the car was only ever known to be painted in Solar Red. The potential of discovering the answer to this mystery was not enough in itself to prompt a full restoration. However, the tipping point came when Toyota Gazoo Racing announced that it was beginning to reproduce selected original equipment components for the 2000GT as part of a new GR Heritage Parts programme.

Now that some of the trickier mechanical components could be more easily sourced through official channels, a decision was made to embark on a complete nut and bolt restoration and return car #10207 to its original glory.

This grand-scale project has been entrusted to the father and son team behind Generation Old School, a classic car restoration specialist in the Gauteng province of South Africa. Wynand Styrdom Senior and Wynand Styrdom Junior are renowned for their work on motoring icons from the Sixties, with a methodical project plan, hands-on approach and attention to detail being hallmarks of their restorations.

Although neither of the Styrdoms had even seen a Toyota 2000GT in the metal, both are experts at disassembling vehicles and making a careful inventory of each individual component. Their preference is always to try and revive parts in order to preserve the value and originality of the vehicle in question; plus, it is rarely guaranteed that replacement parts are even available. This was a process that Toyota South Africa was keen to encourage, so it supplied the duo with an original 2000GT repair manual (below) that detailed every part number and repair process. What an invaluable resource!

An essential part of such a project is the separation of the body from the underlying chassis. Since its institution in 1967, this marriage has lasted more than 53 years and the two halves will only be fully reunited when each has been completely restored.

With regard to the chassis, Wynand Junior has confirmed that its overall condition is good and that only minimal remedial work is required. However, there are a handful of components that will need to be completely refurbished – the most obvious of which are the wheels, which require special treatment due to their magnesium alloy composition.

Meanwhile on the interior, the wooden fascia that covers the dashboard and centre console was found to be brittle, faded and extremely thin. The chrome trim surrounding the instruments is also fragile and the insulation around the wires is crumbling at the slightest touch. Nevertheless, everything has been bagged, labelled and stored for refurbishment.

At this point, the body and chassis have been delivered to Dino’s Classic Restoration to perfect the metalwork in intricate detail in preparation for painting. So it looks like the decision about body colour – Thunder Silver or Solar Red – will have to be made soon.

Despite Dino’s experience with classic vehicles, the team had never seen, let alone ever worked on, a Toyota 2000GT. Nevertheless, to their trained eyes it was clear that the years had taken their toll on this particular example. The paint was clearly in need of work as many scratches, touch-ups and dents littered the body, while the sump cover panel and lower valance had been somewhat deformed over the years, perhaps through contact with pavements or speed bumps. Before any paint could be applied, the complete removal of all surface material was needed to establish what work needed to be done.

Once the paint had been stripped from the aluminium body it was discovered that some repair work was needed in certain areas. Despite the availability of modern polyester-type fillers, the team at Dino’s prefer to use the specialist and distinctly old school method of body soldering, which uses molten lead to fill and seal damaged areas. Once it is cooled and hardened, the lead is then smoothed out to leave a repair that remains unrivalled in its ability to flex with the vehicle body without cracking.

Once the paint stripping and repair work had been completed, the vehicle was ready for paint. At this point Toyota South Africa decided to retain the vehicle’s Solar Red finish as the colour was found in the most inaccessible areas of the bodyshell: behind the dashboard, as well as under the carpets and headlining. These are the sort of places that only a factory finish would have penetrated, so it was felt that the most likely explanation for the discrepancy in colour was down to a clerical error back in the late Sixties.

We will continue to follow the restoration of this Toyota 2000GT and publish further reports on its progress. In the next update we will focus on the mechanical elements and reveal further details on the chassis refurbishment.