Skip to content
Home Cars & More Older Cars Iron Pig Land Cruiser – how did it get its name? 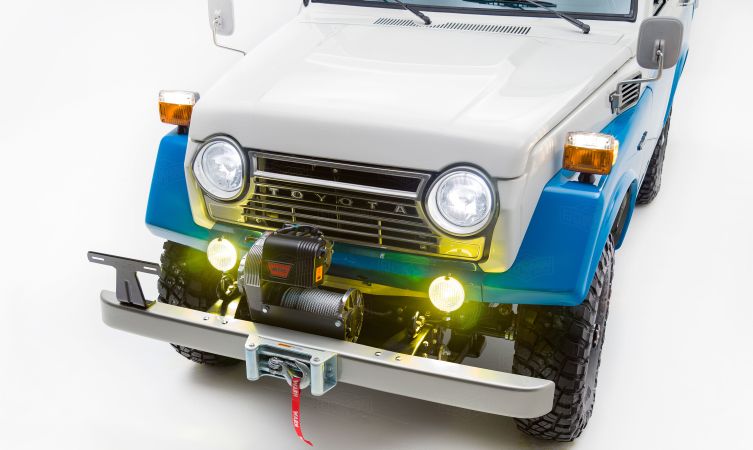 Built from 1967 through to 1980, the FJ55 was an important milestone in Land Cruiser history. It was to this model that the Iron Pig Land Cruiser name was affectionately attached.

The FJ55 marked the point where Toyota separated Land Cruiser production into two parallel model lines. The original continued its role as a heavy duty workhorse, while the new station wagon line introduced by the 50-series Land Cruiser was developed to tap into the increasing popularity of family-friendly off-road machines.

Before the introduction of the FJ55, Toyota had briefly explored this recreational niche with the FJ45LV, a rare export model adapted from the long-wheelbase 40-series. But while the earlier car was not a definitive success due to the restrictions of its underpinnings, the new 50-series was purpose built and well-received. As a thoroughbred Land Cruiser, the FJ55 remained a credible off-roader, was as robust and reliable as ever, and bore a strong family resemblance to the much-loved 40-series.

In fact, it was as a direct result of its familial design that the nickname ‘Iron Pig’ was coined. Not to be confused with pig iron, which describes crudely smelted iron, the phrase even has the dubious privilege of its own definition in the online Urban Dictionary.

Part of the reason for the Iron Pig nickname comes from the model’s distinctive ‘face’. There is a definite pig-eyed element to the circular headlights, which are comparatively small, positioned conspicuously inboard as in the iconic 40-series Land Cruiser, and deeply set within individual, clearly defined bezels.

Squint a little more and you can just about envisage how the long, tapering bonnet line leading to the compact grille could resemble a pig’s muzzle and snout. And is there a suggestion of a friendly, upward-curving smile in the way the front wings flow around the grille, especially in this two-tone paintwork?

In addition, the FJ55 Iron Pig Land Cruiser is pig-like in proportions. It initially appears stocky and imposingly sturdy yet there is an unusually svelte quality present, too. Measurements reveal that this classic Land Cruiser is actually the width of a modern Toyota Yaris yet significantly longer and taller than a Toyota RAV4.

Rather than being derogatory, the nickname Iron Pig Land Cruiser is therefore a genuine term of endearment and it only applies to this specific Land Cruiser series – a model that remains the most distinctive of the entire breed.

The FJ55 Land Cruiser displayed in these images was sourced and restored by the specialists at the FJ Company in Miami, Florida, USA. Click the following links to read about other restorations produced by the company:

Is this the world’s best Toyota Land Cruiser?
Land Cruiser ‘Troopy’ transformed into ultimate overlander
Is the 60-series Land Cruiser the next big thing for Toyota enthusiasts?
Restoring one of the rarest Land Cruiser models

The only other Toyota to have received a swine-related nickname was the third-generation TA64 Celica, more specifically the Celica Twincam Turbo campaigned by Toyota Team Europe in the Group B category of the World Rally Championship from 1983 to 1986.

The rally car was colloquially known as the ‘Whistling Pig’ due to the distinctive high-pitched noise produced by its KKK K27 turbocharger and waste gate.