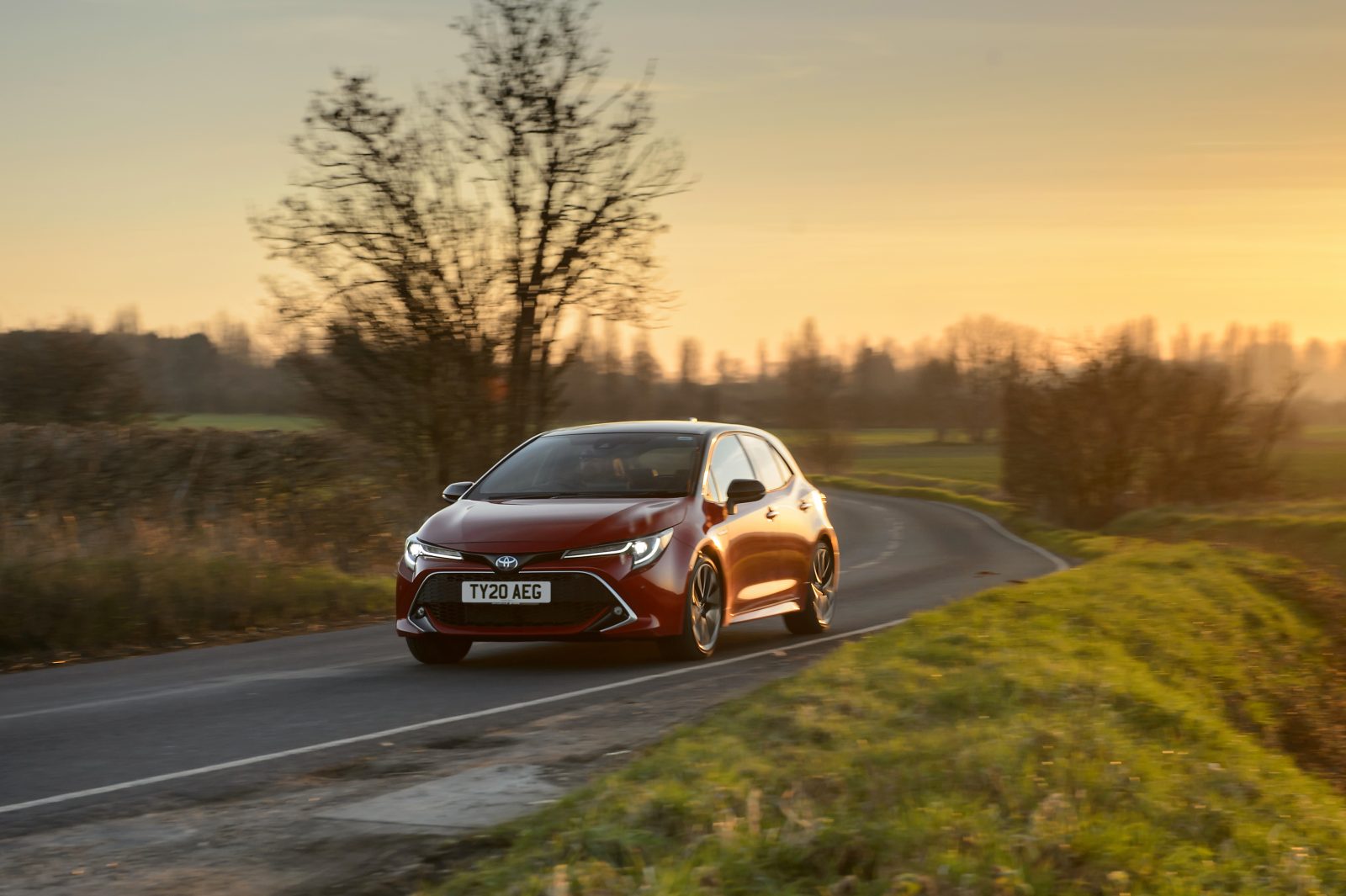 Not that hard at all. A Toyota self-charging hybrid switches seamlessly between its petrol and electric power sources with little to no interaction from its driver, and in doing so it is both easy to drive and highly efficient. But if you want to make the most of its potential, then it is possible to eke out some incremental gains with a bit of extra knowledge and forethought.

First, it helps to know a little about how Toyota’s self-charging hybrid system works. A reasonably conventional four-cylinder petrol engine is paired with a compact electric motor, which in turn draws its power from a compact battery pack. The two power sources can work separately or in tandem: at low speeds the electric motor can propel the car on its own but when more power is required the petrol motor joins in.

The electric motor’s battery pack is recharged in two ways. During steady-state driving the system uses power from the engine not only to propel the car forward but also to recharge the battery. That, of course, sacrifices some power – and petrol – to make electricity rather than drive the car forward. However, any efficiency loss is offset by the gains made when running on electric power alone at low speeds or by adding electric assistance when the petrol engine is under load, for example when pulling away or accelerating hard.

The battery pack is also recharged via regenerative braking, which takes energy from the car’s front wheels during braking and off-throttle deceleration and converts it into electricity for the electric motor’s battery pack. This happens automatically every time you brake and, to a lesser extent, when you lift off the accelerator pedal and the car loses speed of its own accord. This latter effect can be amplified by moving the powertrain’s transmission lever to the ‘B’ position. Do so and throttle-off deceleration is boosted quite noticeably.

So how does all that pan out in practice? We went for a drive in a Corolla Hatchback Hybrid to find out how to work with the car in order to make the most of the self-charging hybrid powertrain’s exceptional efficiency.

The Corolla Hatchback and Touring Sports are offered with the choice of two hybrid powertrains: a 120bhp 1.8-litre version and a sportier 178bhp 2.0-litre variant. Here, the Corolla we’re driving is using the 1.8-litre system, which is the fourth-generation incarnation of the petrol-electric powertrain first developed for the original Toyota Prius. The four-cylinder petrol engine and electric motor combine to produce 120bhp and 163Nm, the upshot of which, in efficiency terms, means it is capable of impressive fuel economy. Head to this page to read more about the full specifications of the Corolla Hatchback.

First, it should be noted that if you want to drive a car in the most fuel-efficient way, then much of what you need to do applies whatever you’re in. Minimising hard acceleration, keeping your overall speed down, maintaining a smooth, constant speed whenever possible and planning ahead to manage your interactions with other vehicles and conserve your car’s momentum are all fuel-saving essentials.

If you’ve ever tried to push a stationary car you’ll know they’re pretty heavy things. In fact, the car-pushing analogy is a useful one: it takes a lot of effort, and ideally more than one person, to push a stationary car, but once it’s underway much less effort is needed to keep it rolling. It is exactly this principle that makes a self-charging hybrid so efficient. It takes a lot of fuel to get a car moving from rest, but if that work can be carried out with an electric motor instead, or at least with its assistance, then the car immediately becomes much more efficient, especially in stop-start traffic.

With that firmly in mind, keeping an eye on the Corolla’s hybrid information display plays a useful role in managing the car’s power flow. As long as there’s sufficient charge in the battery, then most of the time it should be possible to pull away on electric power alone. If you’re light-footed enough on the throttle this is relatively easy, but if you want a bit of help, switching from the default ‘Normal’ driving mode to ‘Eco’ mode dulls the accelerator pedal’s response and helps to keep the system running on electric power.

Do so and the Corolla glides away smoothly and serenely, its information display confirming that the flow of power to the wheels is coming solely from the battery. Ask a bit more of the powertrain and the petrol engine will join in – it announces itself with a distant ‘thrum’ but the actual transition to petrol-powered drive is as good as imperceptible; once again, the information display most obviously gives the game away.

If you want to drive on electric power for as long as possible, then switching to EV mode keeps the system drawing on the battery pack, rather than the fuel tank, for forward propulsion – providing there’s enough remaining charge. Once again a light-footed approach is required to keep you in EV mode for as long as the battery pack’s charge will allow. Advances in Toyota’s hybrid technology mean the Corolla Hybrid could be eased up to at least 50mph in EV mode on a flat road, although the battery’s capacity means such a party trick can’t be performed for long.

Maintaining your momentum is key to efficient progress, whatever drive mode you’re in. Fluctuations in speed sap energy, and while some of that deceleration can be recouped via the regenerative braking system, avoiding slowing in the first place, safety permitting, of course, is preferable. It’s here that the driver’s eyes and situational awareness play such a crucial role: reading the traffic flow and road conditions should take precedence over monitoring the power flow on your information display.

Being aware of how the regenerative braking system works can also reap rewards. Braking gently and early is better than hard and late, but you can also boost the regenerative effect by moving the transmission lever from ‘D’ to ‘B’. Doing so adds a markedly increased braking effect when you lift off the accelerator, and it can be used to surprisingly good effect when going down steep hills (what goes down must come back up, however, so anything you gain going down a steep hill is just money in the bank for getting back up it again later).

With a bit of practice selecting ‘B’ can regularly be used to harvest extra energy, but always remember to switch back to ‘D’ afterwards. Despite all this clever energy-harvesting technology, the Corolla’s brake pedal remains natural in its feel at all times and its stopping power is easy to modulate.

If you haven’t driven a self-charging hybrid before, then much of that might sound a little too complicated for your liking. But don’t worry, it’s perfectly possible to leave the hybrid system to its own devices and manage its own power flow. With familiarity, though, and the almost inevitable ‘drive greener’ mindset that driving a self-charging hybrid evokes, you’ll soon be looking to make the most of your Toyota’s fuel-efficient powertrain at every opportunity.