Skip to content
Home New Tech News What have the TGBees been up to? 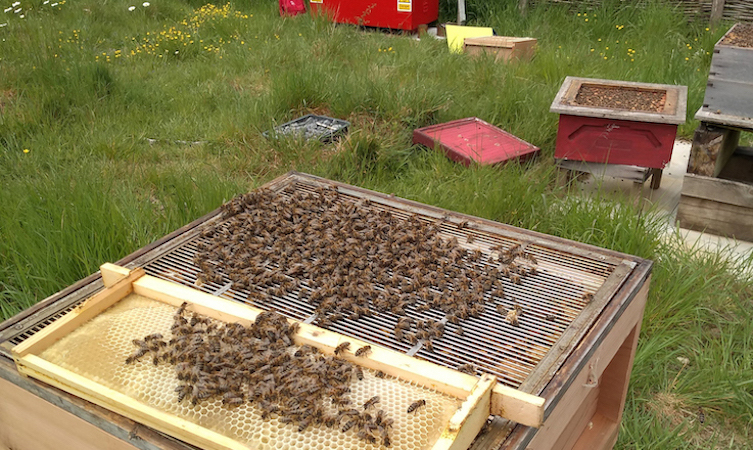 Toyota GB has had honey bees at its base in Burgh Heath, Surrey, for a few years now, all part of the biodiversity initiative that goes under the name ECO-HQ. Pollinators are one of the most important elements of the biodiversity ecosystem, so TGB embraced them wholeheartedly. In the past we have harvested the honey and sold it to raise money for charity. Currently I am the onsite beekeeper and the last couple of months have been interesting to say the least.

I’m inexperienced at beekeeping and coupled with the distancing brought about by the Covid-19 pandemic, which resulted in our office being closed, I’m pretty much on my own so, if you are a learned beekeeper reading this then please do not be too harsh on me! I’m sure I’ll get better. 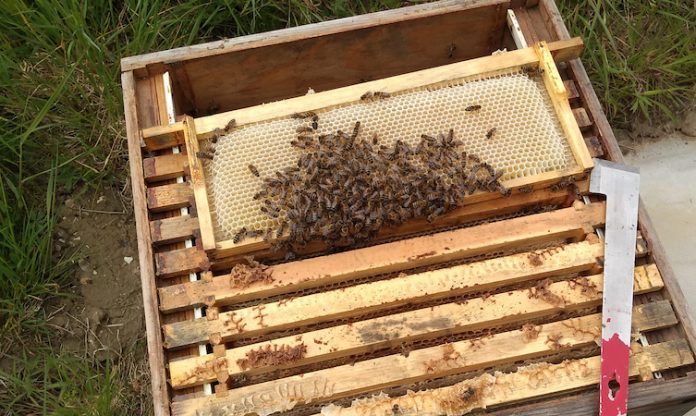 We have two colonies within the TGB apiary. One is an old, very established one which lives in a hive which is a hybrid of two types of construction, Poly and National. The other is a new colony that we bought from Epsom Beekeepers Association last year. The former tends to sort itself out brilliantly, while the latter had a great initial year.

Unfortunately, due to the lockdown I was away from the apiary for three weeks and the bees were very busy during that time. When I was able to return to the TGB office to check on them, I found space at a premium on the newer colony, with honeycomb in every available space. It took me more than a week to build and install the necessary extensions, which meant I missed the signs of swarming and lost the queen bee. The next few weeks will be important to determine whether we have had a successful transfer to a new queen: fingers crossed!

The plan for our old colony was, with some expert help over the summer, to get rid of the Poly aspects of the hive and transfer some of the frames from the old outer casings (brood boxes) so we could do a clean up and, with a bit of luck, find and mark the queen.

However, the lockdown meant I was unable to call upon my expert assistance as planned. Somewhat unnervingly, I was on my own and had to guess. 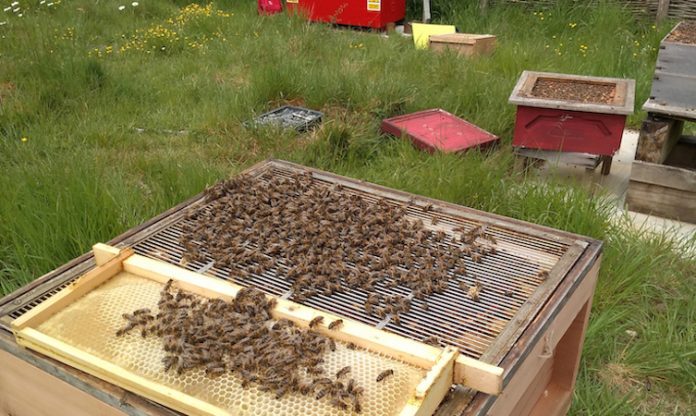 The first thing I did was to isolate the poly section at the top of the hive and put a queen excluder between this and the rest of the hive. A queen excluder is a filter which allows the small worker bees to go about their business as usual, but prevents the larger queen and drone bees from accessing part of the hive. I was taking a bit of a chance as I had to hope that the queen wasn’t already in this section but as it was almost entirely honey, I went for it.

Fortunately, it seemed to work pretty well. I have now split the older hive into two, with a very active queen in one section and no queen in the other. The only problem is I don’t know which! My hope is the hive with no queen will create a new one when they will realise she is no longer present in their section. They do this by feeding a worker bee larva on royal jelly and with the help of biology, this creates the new queen. It is a gamble and there is no doubt a better way of doing this, but the hive is old and was getting to be unmanageable for one person. Again, fingers crossed! 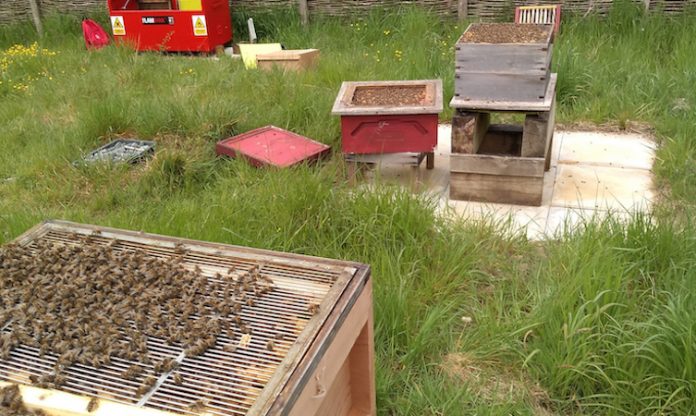 The one thing I have been told while getting into beekeeping is “if you ask four beekeepers a question, you’ll more than likely get four different answers”. Bees are living creatures that form a super organism and sometimes the bees will do what the bees want to do, not matter how experienced the bee keeper is. I’m only hoping that the lessons I learned during this strange period will help me be better going forward and therefore any bees in my care in the future will be in safer hands. We can all dream…