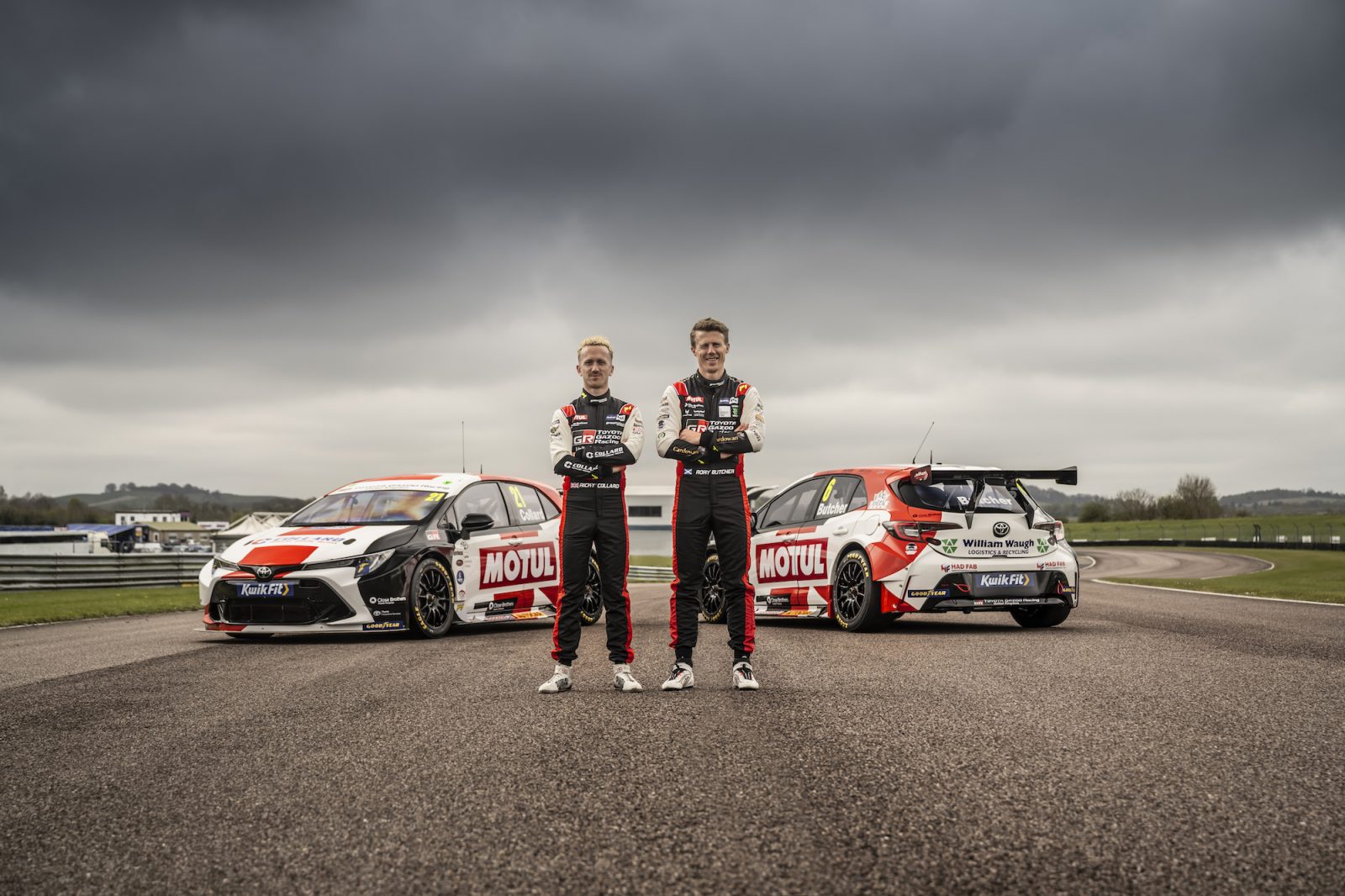 Toyota Gazoo Racing UK has announced its full driver line-up as the team embarks on a fresh title challenge in the 2022 British Touring Car Championship (BTCC).

Rory Butcher is staying with the team for a second consecutive year. The former Independents’ champion and Jack Sears Trophy winner has been a consistent contender in recent seasons, and as Rory once again takes the wheel of the Toyota Corolla GR Sport it is anticipated that the 34-year-old Scotsman will further consolidate his status as one of the BTCC’s leading lights.

Rory scored three victories last year – including a commanding double top at Silverstone – and three further podium finishes on his way to seventh position overall. Indeed, Butcher was the championship’s third-highest scorer over the final three weekends of the 2021 campaign, proving the Corolla to be one of the most potent within the 35-car grid.

Piloting the second of Toyota Gazoo Racing UK’s two Corollas is 25-year-old Ricky Collard. Son of BTCC ace Rob Collard, Ricky is a third-generation racer with touring car talent in his genes. Since deputising for his father in the BTCC in 2018 following an accident, Collard has successfully competed in GT championships throughout Europe. Notable wins at the Nürburgring and Spa-Francorchamps – the latter being a history-making victory for a father-son driving duo – have kept his trophy cabinet looking fresh, leading many to believe that the young Surrey resident has achieved more than his age would suggest.

With experienced racers, Rory Butcher and Ricky Collard on board, not to mention support from Toyota Insurance Services, Toyota Gazoo Racing UK is highly optimistic about the forthcoming season, especially as the championship introduces a technology that Toyota is extremely familiar with – hybrid-electric. It replaces the former success ballast system and will offer competitors temporary bursts of extra power to assist with overtaking and defending during races.

The 2022 BTCC season will be contested over 30 rounds across ten race weekends. The dates and circuits are listed below, with the championship beginning at Donington Park, which is considered home turf for the Toyota Corolla as it is manufactured in nearby Burnaston.