Skip to content
Home Garage and Track Toyota Gazoo Racing UK: the new name for Toyota in the BTCC 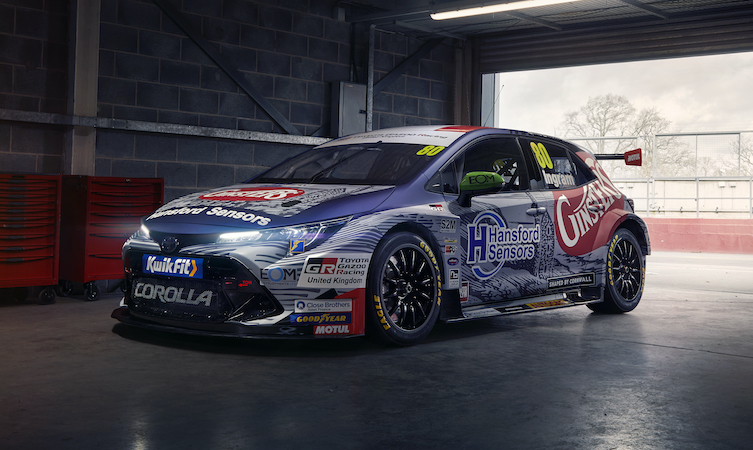 Toyota Gazoo Racing has been the driving force behind multiple championship titles at the highest levels of international motorsport. Now it is set to be part of the 2020 Kwik Fit British Touring Car Championship with the Speedworks-engineered Corolla competing under the new Toyota Gazoo Racing UK banner, thereby creating a formal link with Toyota’s international motorsport division.

Taking the wheel for his seventh season driving a BTCC Toyota, Tom Ingram joins an elite crew of top British talent that has thrived with Toyota Gazoo Racing. They include Mike Conway, who is again proving his race-winning ability in the current World Endurance Championship; and Elfyn Evans, who is excelling in his first World Rally Championship season in a Toyota, winning Rally Sweden on only his second outing in the Yaris WRC.

Andrew Cullis, Toyota GB product and communications director, said: “We’re pleased to be able to bring our involvement in the BTCC within our worldwide Gazoo Racing activities. Just as much being about great performance and winning races, it’s a way we can help more people experience and enjoy the excitement of motorsport. We’re confident the proven race-winning combination of Tom, the Toyota Corolla and Speedworks will be doing just that through the season ahead.”

Christian Dick, Speedworks Motorsport team principal, said: “To see the Corolla running under the Toyota Gazoo Racing UK banner this season will be a great incentive for everyone in the team and for all our fans, as it connects us with one of the world’s most successful motorsports operations. We are looking forward very much to building on our achievements during the Corolla’s debut season last year to mount an even stronger championship title challenge.”

Toyota Gazoo Racing UK and Speedworks Motorsport is entering a single car in this year’s BTCC series, with the potential to increase its presence in 2021, subject to review. The new season will get under way at Donington Park on 28-29 March.

Toyota Gazoo Racing is about more than just competition. It is about building the teamwork and technical skills of Toyota’s people, and celebrating car culture around the world by involving fans and enthusiasts in a wide range of activities and encouraging motorsports at grass-roots level. It also directly contributes to Toyota’s commitment to building ever-better cars, through experience gained on the racetrack and rally stage.

Toyota Gazoo Racing is the development partner in a growing range of new Toyota GR and GR Sport models. Its technical prowess helped produce the acclaimed new GR Supra coupe and the eagerly awaited GR Yaris, the high-performance hatch that will be the basis for Toyota’s next WRC challenger.

Its influence is also evident in sports styling cues for the British-built Corolla, witnessed in the newly launched GR Sport versions of the Hatchback and Touring Sports.