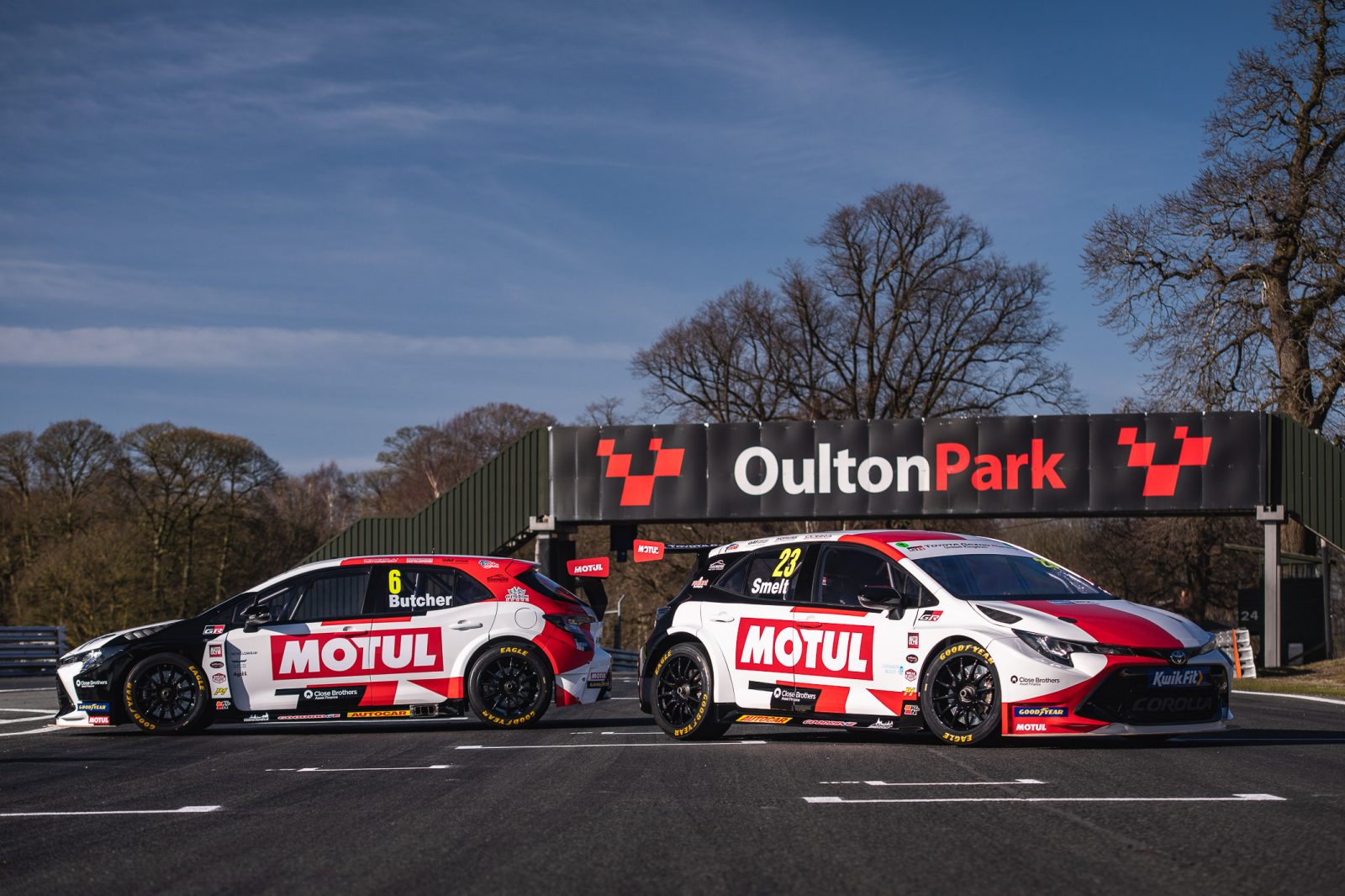 After achieving impressive results in the nation’s premier motorsport series with a single-car effort since 2014 – recording 16 race wins, 41 podium finishes and back-to-back Independent Drivers’ and Teams’ crowns –the Speedworks Motorsport-run squad has expanded its entry to two cars for the first time in eight years.

Former BTCC Independents’ Champion Rory Butcher and series returnee Sam Smelt will pilot the Cheshire-based outfit’s Motul-backed Toyota Corolla race cars, which will take to the track to begin a pre-season testing programme later this week, starting at Donington Park before moving on to Snetterton and Brands Hatch.

The action for the BTCC 2021 season will get underway in earnest on 8/9 May at super-fast Thruxton, scene of a superb double victory for the British-built Corolla last September. Every race will be televised live and in high-definition on ITV4 and you can catch a round-up of every race here on mag.toyota site.

“I think the new livery is amazing! It’s typically Toyota, and it looks so cool with the red and black lines against a white background – it’s unmistakably a member of the Toyota Gazoo Racing family. It will definitely stand out on the BTCC grid, and I’m so excited to be carrying such iconic colours this year.”

“I’ve got to say, I’ve settled into the team very well. All the guys and girls have made me feel extremely welcome from the outset, and everybody is so focused on the objective of fighting for the championship.”

“I was at the team workshop when they were just starting the wrapping process, so it’s great to now see the Corolla up close with my name on the side. I think it looks really striking and reinforces the team’s ties with Toyota Gazoo Racing, a brand that has become synonymous with success in recent years. That’s a really powerful association and great motivation for all of us.”

“We’re delighted to show off the Corolla’s ‘new clothes’ for 2021. Since first gaining official BTCC ‘Manufacturer’ status two years ago, we’ve worked hard to foster ever-closer relations with Toyota Gazoo Racing and to now see not just one but two Speedworks-built touring cars in the brand’s signature red, black and white colour scheme is a very special moment. I must also pay tribute to Motul and [official UK importer and distributor] Witham Motorsport for their ongoing support in stepping up to the role of Primary Partner this season.

“I have no doubt that the cars will look even better at speed, and we are all excited to go testing this week to try out everything we’ve been working on back at base over the winter months. We are quietly confident of taking another step forward with the Corolla this year, and once the action gets underway, we look forward to seeing the Toyota Gazoo Racing colours where they belong – right at the front of the pack.”