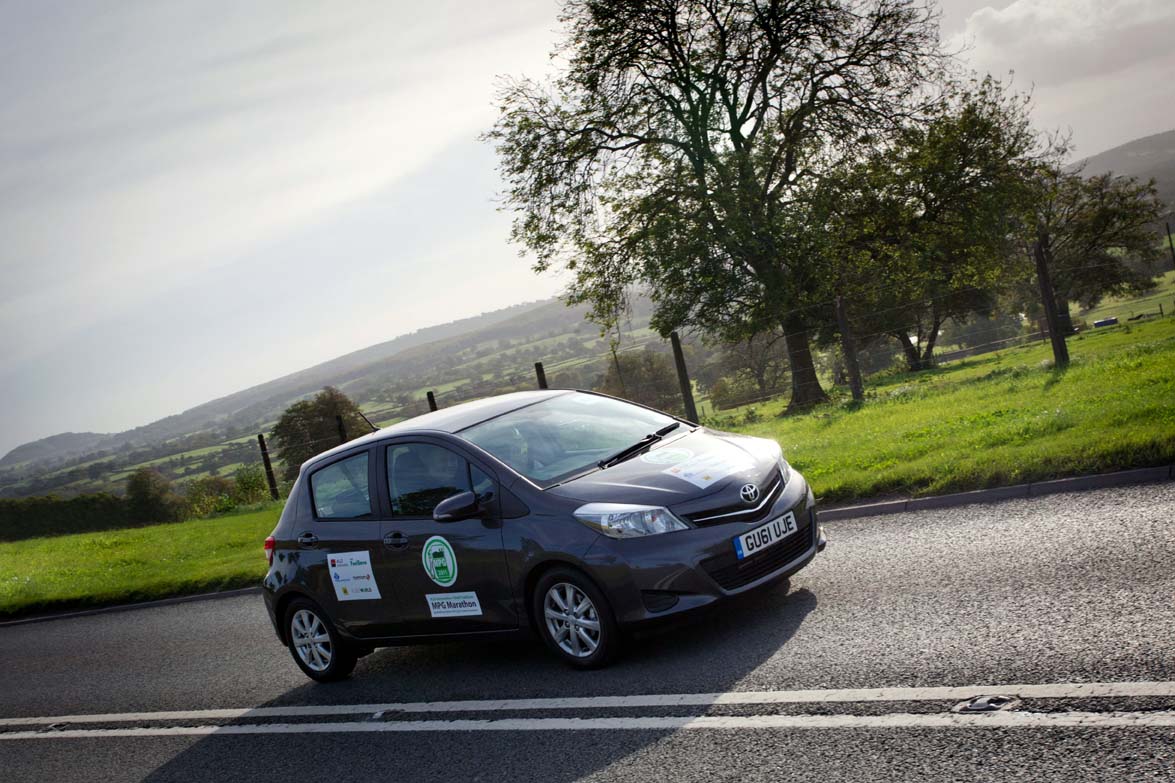 In 2009, second-generation Yaris came second. Last year, the 2.0-litre diesel Avensis placed an impressive fourth. Last week, it was time for third-generation Yaris to take its turn in the economy driving event of the year, the ALD Automotive/Shell FuelSave 2011 MPG Marathon – but how did it fare?

Well, as you’d expect, Toyota’s brand new supermini excelled in the 2011 MPG Marathon, achieving 72.29mpg. This impressive result marks a 22.7 per cent improvement on the official combined figure, making it the best and also the most improved mpg figure in its class (passenger cars powered by petrol with CO2 emissions of 120g/km or less).

But what more would you expect from Peak Performance’s James Sutherland and Richard Hill, the duo that drove Yaris to near-victory in 2009?

The car entered for the event was a TR model powered by Toyota’s 1.0-litre VVT-i engine, a three-cylinder unit that is renowned for its efficiency and a multiple winner in the International Engine of the Year awards.

With the benefit of Toyota Optimal Drive technology and the overall light weight of new Yaris, it returned the kind of economy typically associated with smaller more expensive, diesel-powered cars.

Yaris wasn’t the only contender from Toyota at the 2011 MPG Marathon: Prius, a familiar face at the event, also made an appearance.

Run by AA Drivetech, it too did exceptionally well, also achieving a best-in-class mpg figure and just falling shy of the most improved in class figure. In spite of the marathon route including few miles in urban traffic, the world’s best-selling hybrid also topped 70mpg.

The annual marathon is designed to demonstrate how smarter driving techniques can help motorists save money at the pumps. Held over two days (5 and 6 October), the 2011 MPG Marathon saw 38 cars and vans competing in five classes over a mixture of A and B roads and motorways.