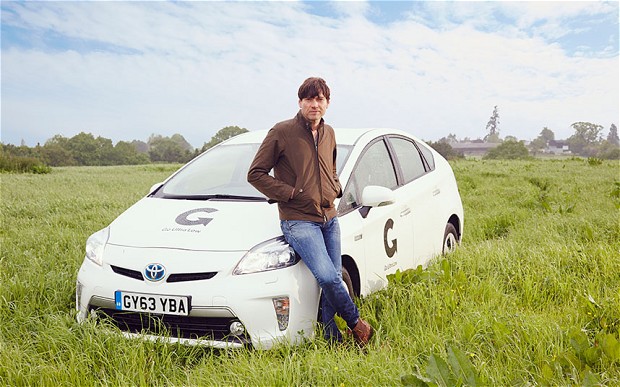 Alex James, of Blur fame, has tried the Toyota Prius Plug-in for size and it has proved a hit with him and his family.

In a review produced for The Telegraph’s motoring segment, Alex wrote: “The kids spotted the shiny new ultra low emissions Toyota parked outside when they got home from school and all came flying in to the kitchen, talking at once.

James added: “But for all the green credentials and techno-wizardry, it is just like driving a normal new car. It’s user-friendly – I didn’t need to look at the manual to figure any of it out. You can charge the battery from the mains, but the engine does it for you if you’re too lazy and once fully charged it has a range of up to 700 miles.”

The Prius Plug-in officially returns 134.5mpg on the combined cycle and emits just 49g of CO2/km. This means that it is both Vehicle Excise Duty (VED) and Congestion Charge exempt. The car also has an electric-only range of 15.5 miles; when the batteries are depleted, the petrol engine automatically takes over. The Prius Plug-in starts at £28,395 OTR including the government’s £5,000 ultra low emission vehicle grant. Build yours here.