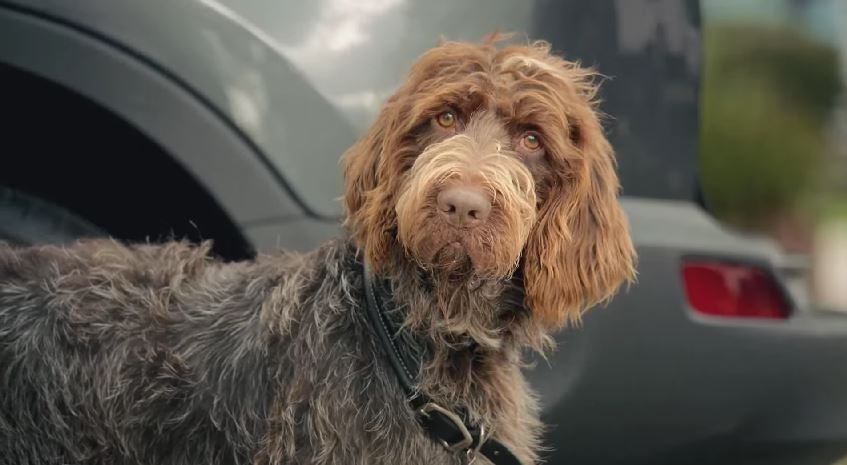 They say that there’s no greater bond than the one shared between a man and his dog. Dogs are trusty, occasionally frustrating but are always there for us in times of need – much like a car.

Toyota has long been wise to the similarities between the two and for a number of years has dogs have played starring roles in its advertising.  We’ve rounded-up 10 of our favourite commercials featuring man’s best friend.

Toyota Safety Sense was introduced to the world in March 2015. Comprised of four advanced safety technologies – a Pre-Collision System, Lane Departure Warning, Road Sign Assist and Automatic High Beam – it was launched using a series of offbeat films designed to show the system working in an amusing way.

Automatic high beam is apparently ‘like having man’s best friend with you, but better.’ We’re not sure that it makes as quite as doe-eyed as the Weimaraner in the film though.

The Toyota 4Runner has an impressive pedigree so using a dog to promote it is a bit of a no-brainer. This 2015 US ad sees acrobatic terrier ‘Jumpy’ perform some incredible back flips in front of the enduring 4X4 while his proud owner looks on.

In the US, Toyota dealers regularly run blowout sales known as ‘Toyotathons’. The face of the Toyotathon is American actress Laurel Coppock, who plays Toyota host ‘Jan’ in a series of sketches in which she recommends Toyota models to potential customers.

In one scene, Jan meets a woman who likens finding the Toyota Camry to hitting the jackpot again and when her husband arrives, we see what she means…

In this whimsical ad from Toyota Canada, the adorable Buster and Lola are on-hand to demonstrate how a Toyota’s proven reliability guarantees lasting value. Lola certainly looks happier with her long-lasting chew toy, but we can’t help but feel bad for Buster, who has to make do with the short-lived pleasure of a biscuit. Let’s hope he learned something that day!

Top Dog was produced by Toyota Canada for the launch of the fourth-generation RAV4. The ad presents a story of two dogs locked in a rivalry which ends with them throwing down the proverbial gauntlet and becoming best of friends. Aww.

Any dog that’s looking to shed a few pounds would do well to chase a Prius. That’s because the model can travel 535 miles on a single tank of petrol, as the little scamp in this ad soon learns…

If you ever lose Fido or Rover, make sure that you’ve a Toyota on your driveway with which to find him. Reliability and fuel efficiency are two virtues that will come in handy if Fido likes to run…

At the close of the noughties, Toyota South Africa introduced  ‘Buddy’, a cheeky Boxer dog with a vehement dislike of sheep. Here he is talking about how far from following the heard, the Hilux treads its own path.

With a twist that wouldn’t look out of place in an M. Night Shyamalan film, this American Corolla commercial sees a man awaking his wife at 4am to take ‘Max’ out. Max, we assume, is the guy’s expectant-looking Labrador but that all changes when he reaches for a set of car keys instead of a lead…

Body kits add more visual punch to vehicles as this advert for the  T230-series Celica’s ‘Action Package’ attests. In it, a dog mistakes a stationary car for one that is moving with squirm-inducing results.

We want to see your dogs making the most of a Toyota. Tweet us your pictures and we’ll retweet the ones we love the most!