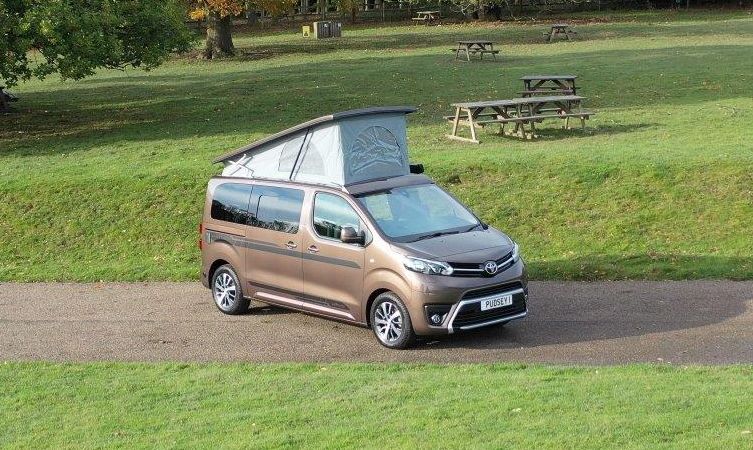 UPDATE (25/11/20): Toyota is delighted to reveal that it has raised more than £1.1 million for this year’s BBC Children in Need appeal. The sum was achieved through numerous fundraising activities by individual Toyota centres nationwide and the popular text-to-win prize draw (detailed below) for a Toyota Proace Matino camper van, provided in association with Wellhouse Leisure.

The text-to-win Campervan and Staycation Goodies prize draw proved hugely popular. The prize included a Proace Matino four-berth campervan, created by Wellhouse Leisure, worth £49,000, along with everything needed to enjoy an amazing staycation (kayak, bikes, surfboards and even sledges), as well as access to campsites, theme parks and wildlife attractions. 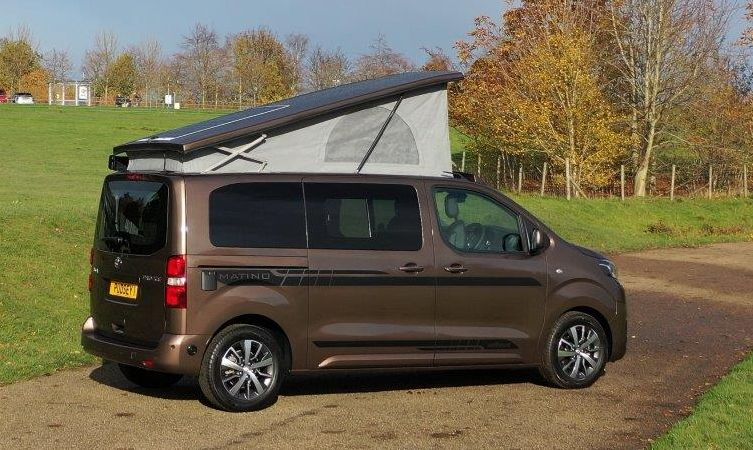 The Toyota Proace Matino is a compact, four-berth camper van with a luxury specification for road trip holidays at any time of year. It offers a well-equipped kitchen with fridge, sink and gas cooker, a rear seat that unfolds to become a double bed, a pop-up roof containing another double bed, a programmable heater to keep the interior warm and cosy all year round, plus an 80W solar panel to keep its leisure battery charged if camping off-grid. 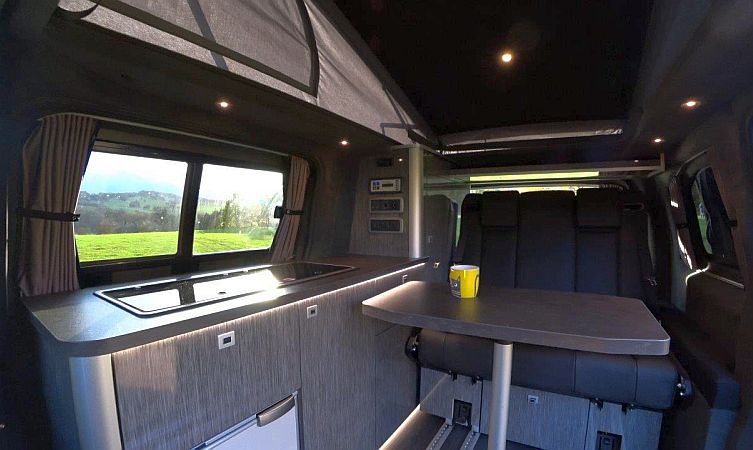 The movable ‘rock and roll’ rear seat creates plenty of room for people, luggage and outdoor kit. It can be slid forwards to maximise load space and bring passengers nearer to the front, and when camping it can be moved backwards to maximise living space. A sociable lounge can be created by swivelling the front seats around to face inwards; and for an added touch of luxury, all seats are upholstered in durable leather.

Designed by Wellhouse to handle duties as both a daily driver and weekend adventurer, the Proace Matino is modestly sized (4.95m long and 1.98m high with the roof down) in order to fit in most car parks and parking spaces. To make travelling even easier, the specification includes satellite navigation, air conditioning and a powerful 120bhp, 2.0-litre turbo diesel engine. 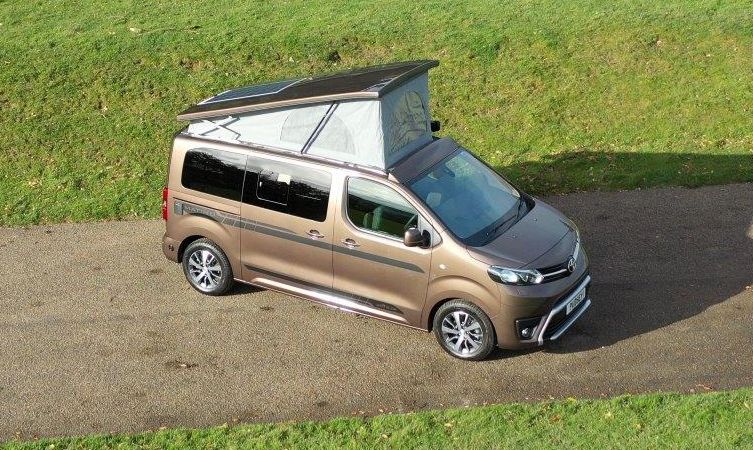 How to win the camper van

If you like the look of the Toyota Proace Matino camper van, then it will be given away as a prize in a text-to-win competition during the BBC Children In Need appeal, running from 9-15 November 2020. It is the headline prize in a package that also includes membership with the Caravan and Motorhome Club for one year, plus 12 weekend breaks (two nights for up to four people) for a holiday every month! 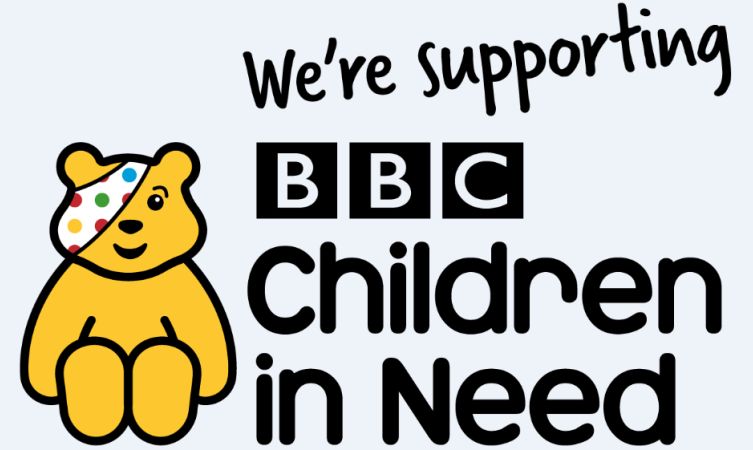 This fantastic prize will feature in the BBC Children in Need programme on Friday 13 November at 7:00pm.