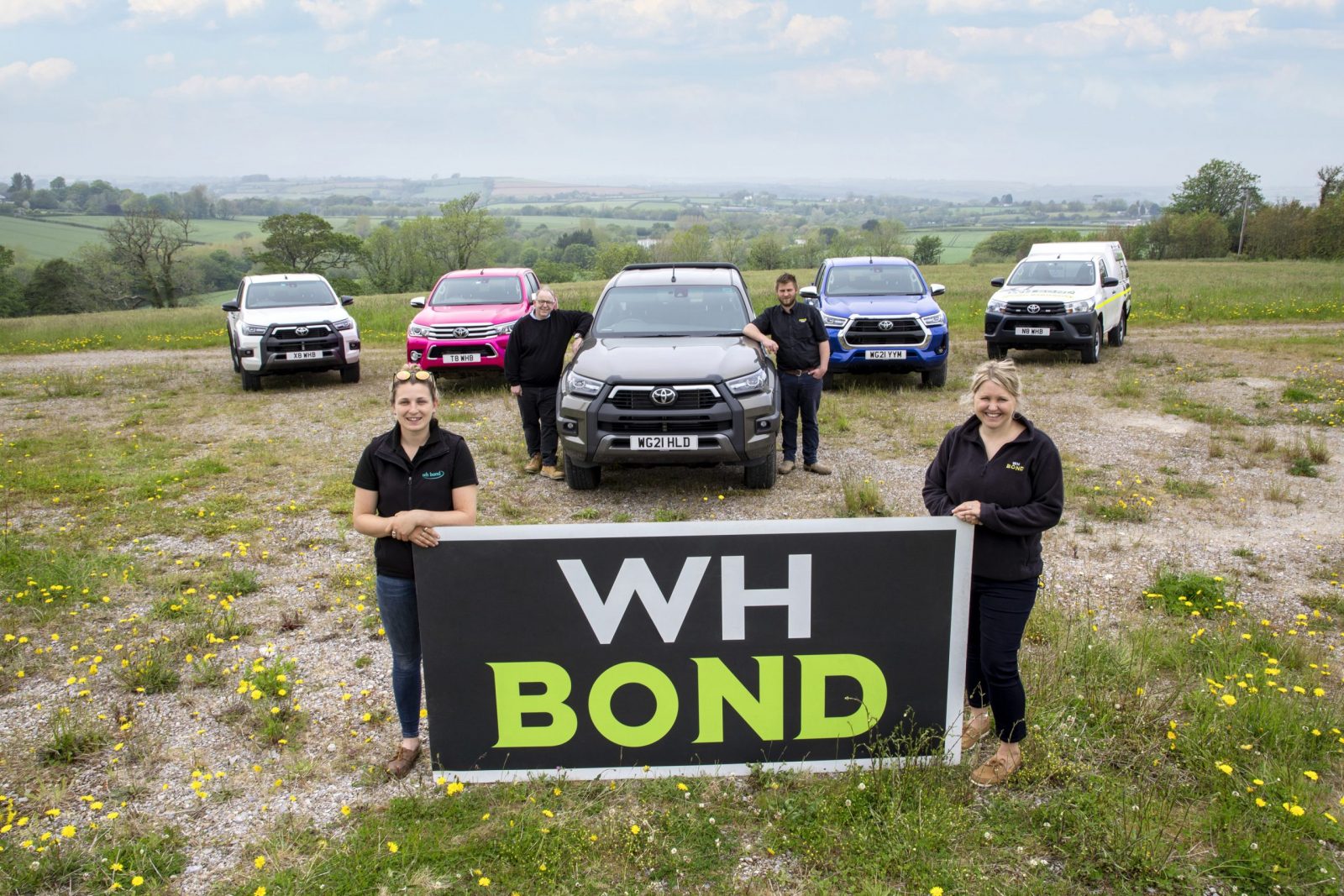 The Toyota Hilux has many fans around the world, perhaps none so devoted as family firm WH Bond & Sons, which took delivery of its 200th Toyota pick-up in June 2021.

The Cornwall-based company has been a loyal Hilux customer for the past 28 years, using the ultra-tough Toyota as transport for employees and as part of its extensive hire fleet, alongside other vehicles and plant equipment. As you can read below, the company received its 100th Hilux back in July 2014.

On behalf of the WH Bond family, Alison Bond said: “When we purchased our first Hilux 28 years ago, we couldn’t have foreseen just what an integral part of our business it would become. Taking delivery of our 200th vehicle, we can reflect on the excellent service it has given us year after year as our business has grown. At the same time, Hilux has become much more than a reliable workhorse, being safe, comfortable and versatile vehicle to drive.”

WH Bond & Sons, based in Trerulefoot, near Saltash, was established in 1957 as a family farming business, later diversifying into timber, civil engineering, agricultural services and machine sales. Today it employs more than 50 people.

The company’s landmark 200th Hilux is a top-of-the-range Invincible X model in Titan Bronze, powered by the 201bhp 2.8-litre engine introduced to the Hilux range earlier in 2021.

Loyal Toyota customers do not come much stronger than WH Bond & Sons, the Cornish family firm having recently taken delivery of its 100th Toyota Hilux in 21 years.

And there is no stopping now they have reached three figures: the company plans to continue ordering three Hilux a month to keep its fleet up to date.

Andy Pearce, Business Development Manager for WH Bond, said: “Since our first Hilux, there has been no reason not to continue with this model. It’s faultlessly reliable, has excellent re-sale values and is well specified. Toyota continues to do exactly what we require.”

Over the years Toyota has constantly updated and upgraded Hilux to deliver a vehicle that bridges the gap between being a reliable workhorse and a comfortable, versatile vehicle for everyday driving needs, combining its celebrated ultra-tough qualities with advances in comfort, safety and fuel efficiency.

Hilux fulfils two roles at WH Bond & Sons. Many are used as company vehicles for members of staff, while the remainder form part of a £10 million hire fleet alongside excavators, telehandlers, dumpers and rollers.

The company was established in 1957, as a family farming business and has since developed into a one-stop shop for construction and agricultural services, with more than 100 employees.

The business has evolved and diversified through successive generations of the family, but continues to retain its agricultural heritage. The company’s current areas of expertise include plant hire and machinery, timber sales, civil engineering and agriculture and training.

The milestone 100th Hilux was handed over to the firm at its headquarters near Saltash by Ian Pollard of Parklands Toyota Truro, which supplied the vehicle.