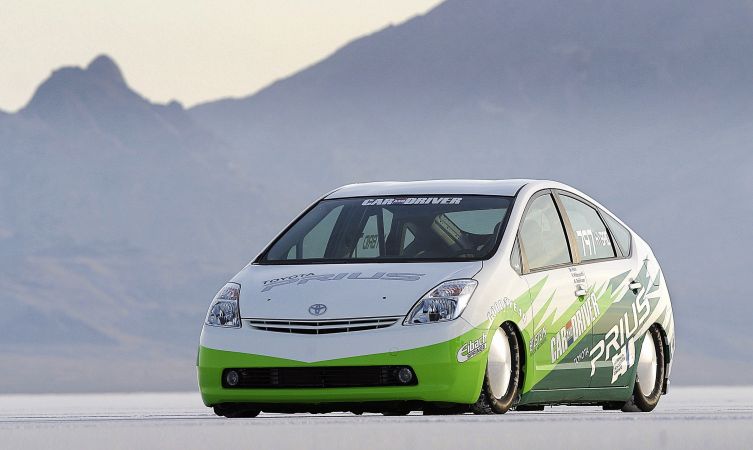 One of the standout exhibits at the Toyota USA Automobile Museum is a car that smashed perceptions of hybrid motoring. 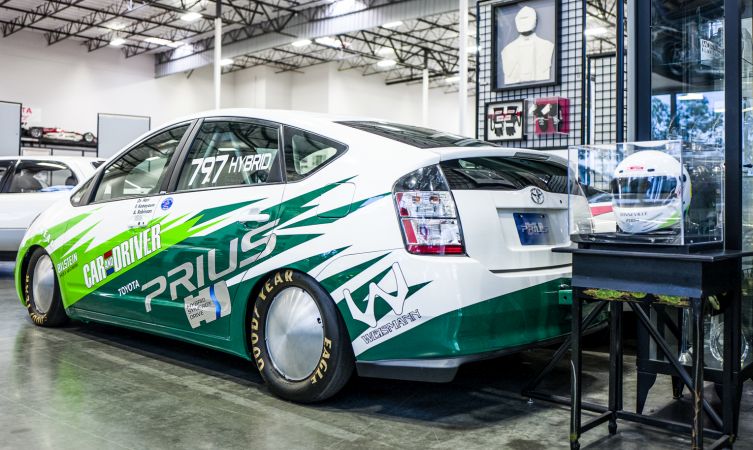 It did so by answering the following question in record-breaking style:

What is the top speed of a Toyota Prius?

Likely this question was not at the forefront of people’s minds when the second-generation model – announced on its launch as the world’s cleanest family car – arrived in January 2004. For the sake of full disclosure, the official answer is 106mph. 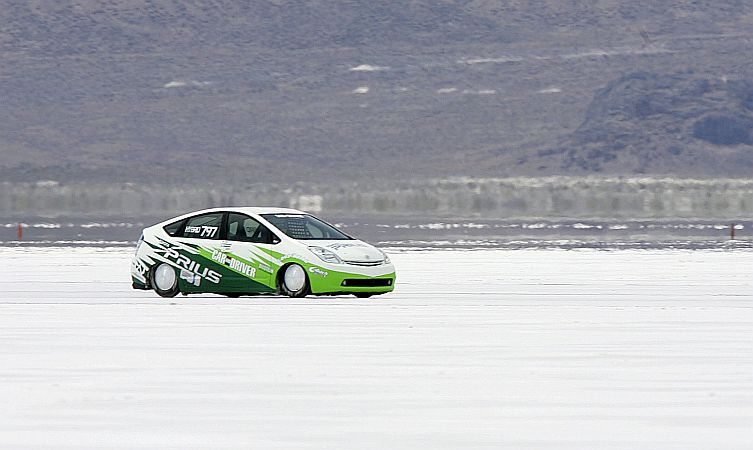 Eight months later, however, a much higher figure of 130.794mph was published. It followed a series of record-setting, high-speed runs during National Speed Week at the Bonneville Salt Flats in Utah, USA. 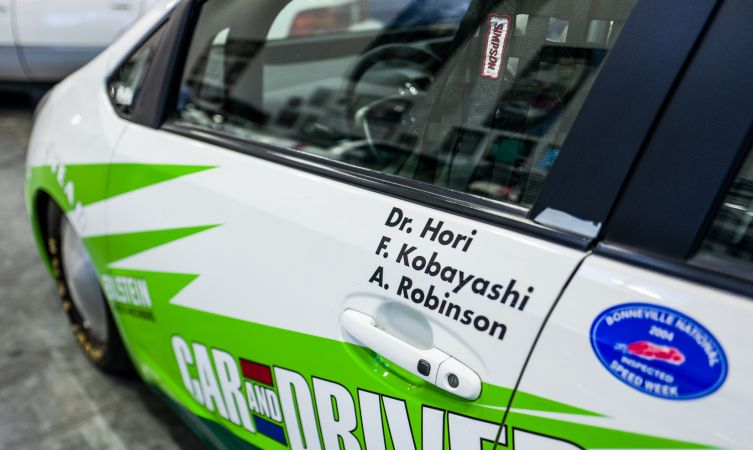 Admittedly, the Prius which set that record had been specially prepared by a skunk works team overseen by the vehicle’s chief engineer, Dr. Shigeyuki Hori. But it is important to note that the primary elements of the vehicle’s Hybrid Synergy Drive system remained untouched and the petrol engine was not boosted by a performance-enhancing nitrous oxide injection system. 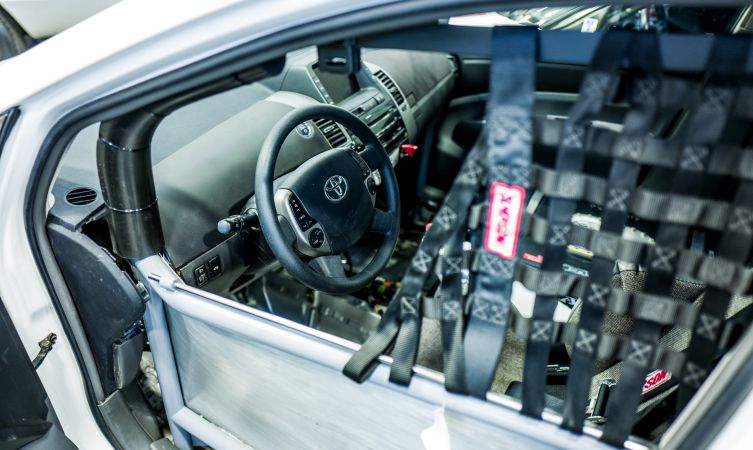 Essential safety measures included the fitting of a roll-cage, bucket seat and race harness within the stripped-out interior. Chassis modifications consisted of lowered and uprated suspension, low rolling resistance tyres and flush wheel trims. Meanwhile, the final drive ratio was lowered from 4.32:1 to 3.2:1, and the inverter voltage increased from 500 to 550 volts. 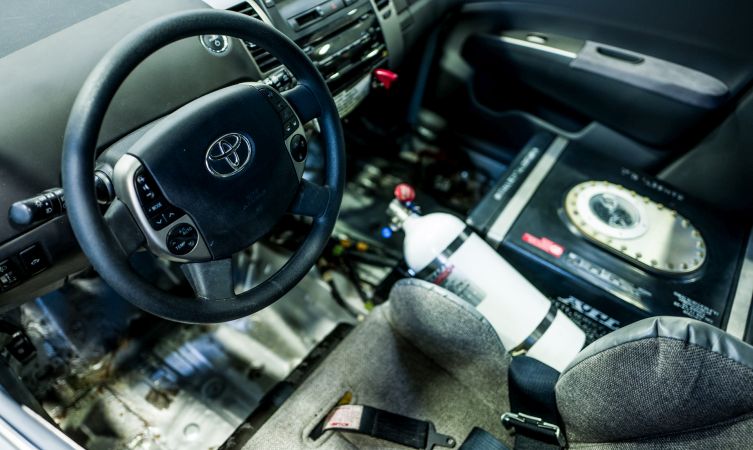 During normal road use, maximum assistance from the hybrid system is only an occasional need. In contrast, high speed runs require every component within the powertrain to give its all over an extended period – in this instance a distance of around two miles. To increase efficiency during such a full-throttle effort in high ambient temperatures, a custom ice box was installed in place of the passenger seat to cool the motor generator within the hybrid transaxle. 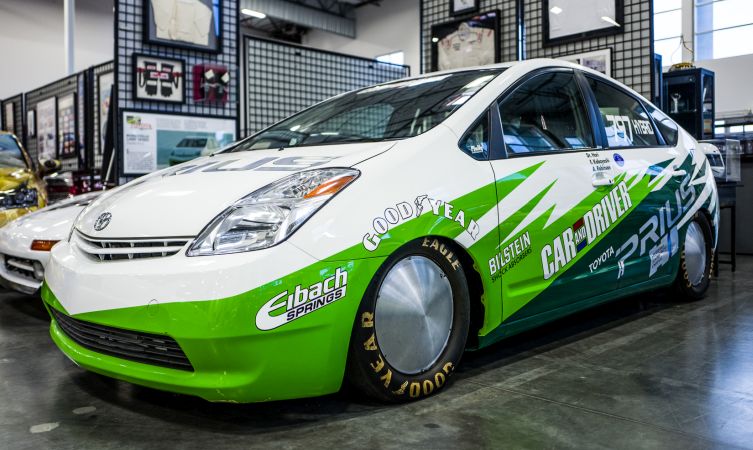 What happened as a result of this record run?

The Toyota Prius broke new ground that week of August 2004, paving the way for the introduction of a new hybrid racing class during competitive events at the Bonneville Salt Flats. 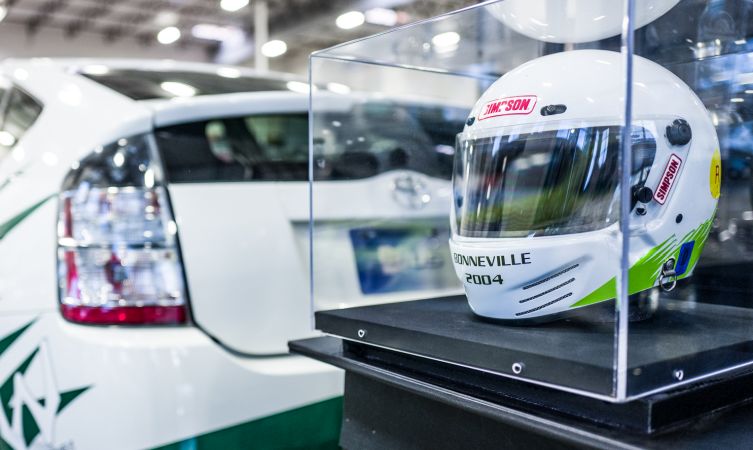 The following year, Dr. Shigeyuki Hori was honoured with Wired magazine’s Rave Award for business, ahead of other leading figures such as Apple CEO Steve Jobs and Samsung CEO Jong-Yong Yun. In the feature, Dr. Hori was pictured standing proudly next to the Land Speed Prius, with a caption proclaiming the hybrid engine to be “a fuel-efficiency revolution.”

During his interview for Wired, Dr. Hori offered an early insight into Toyota’s future product strategy and how important hybrid technology would turn out to be. He commented: “The hybrid system is a core technology of the future. Even our fuel cells and electric systems will use it.”

Read more: Did you know that Toyota has also made a Land Speed Cruiser?