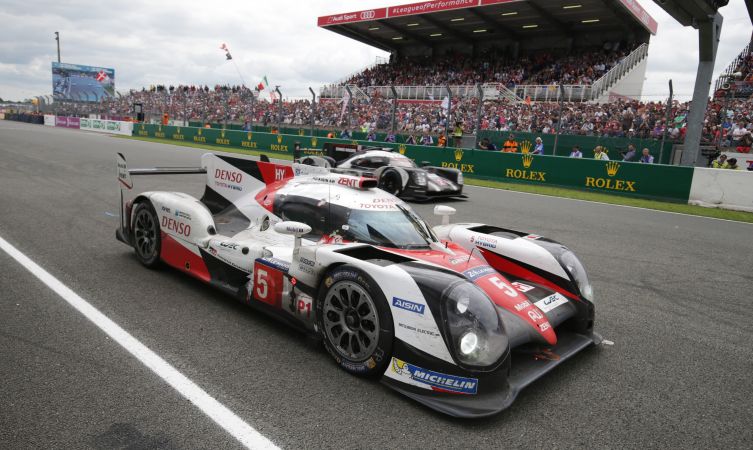 Following a difficult defence of its World Endurance Championship titles in 2015, the next-generation TS050 Hybrid – Toyota’s third car since joining the WEC – was tasked with returning the team to the front of the field during the 2016 season.

Now competing in the more powerful 8MJ hybrid class, the TS050 was significantly altered in concept. It was now equipped with a 2.4-litre, twin-turbo and direct injection V6 petrol engine, alongside front and rear motor generators and a high-powered lithium-ion battery.

How did the two-car, six-man Toyota Gazoo Racing squad get on during the course of the year? Read the following nine instalments to find out.

Round 1: 6 Hours of Silverstone 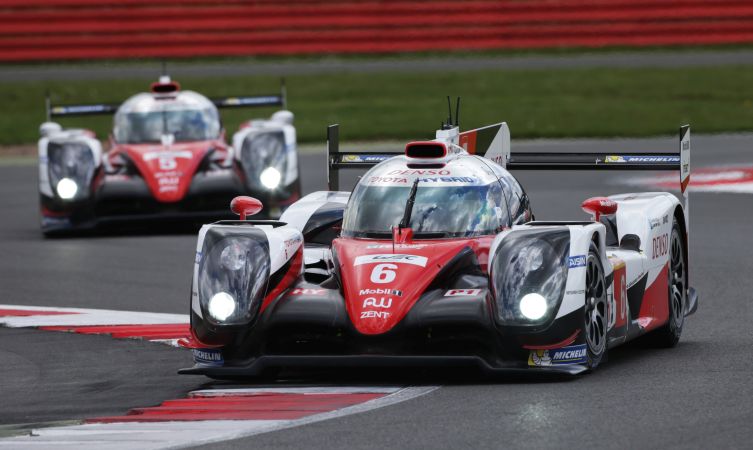 After starting in fifth (#6) and sixth (#5) on the grid, the new TS050 Hybrid immediately showed its pace, posting a best lap just 0.354 seconds behind the fastest car. But this inaugural race revealed that although single-lap speed was strong, it couldn’t yet be maintained over the course of a full driver stint.

Body damage following a puncture scuppered the result for car #5, while car #6 crossed the line in third. This was upgraded to second place following a technical infringement by the winning car.

Round 2: 6 Hours of Spa-Francorchamps 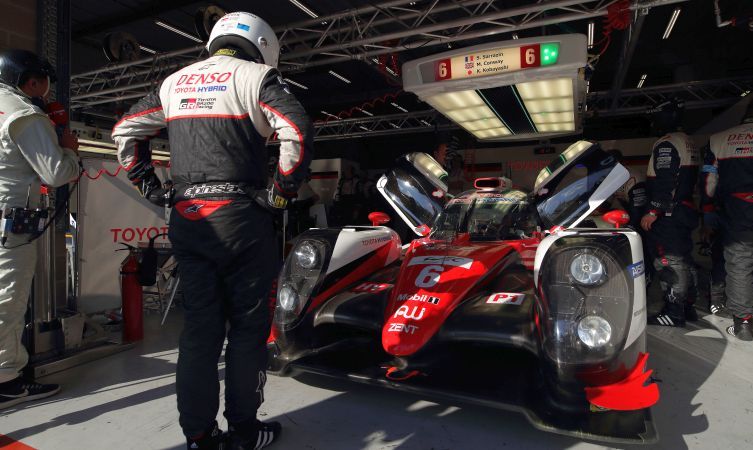 Now leading the manufacturers’ championship, Toyota had accelerated its development programme to optimise the TS050’s pace within high-downforce specification. Encouragingly, at the four-hour mark, the #5 car was in the lead by more than a minute and the #6 Toyota was in third.

A little later, however, an engine issue that the team had never experienced before forced both cars out of contention. The #5 Toyota was classified in 27th place overall and secured a valuable ten points towards the manufacturers’ title, while the #6 car had to retire from the race. 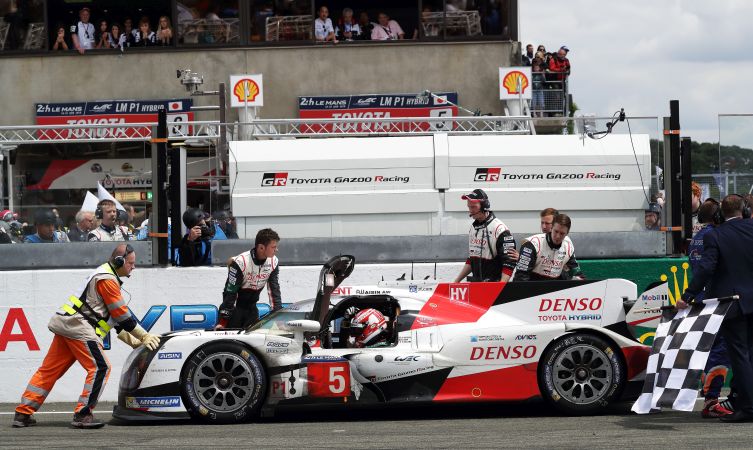 Starting from the second row of the grid following extensive preparations, the scene was set for one of the closest fights in Le Mans history. Although not tipped to win by the bookies, the two Toyotas set the pace in terms of speed and fuel efficiency, contesting an intense battle with Porsche for the entire 24 hours.

In the closing stages of the race, the #5 crew of Anthony Davidson, Sébastien Buemi and Kazuki Nakajima was poised to win when a sudden loss of power side-lined the car on the penultimate lap. At the wheel, Nakajima was eventually able to fire up the engine again, but his final lap was too slow to be classified in the official results.

The one ray of light in this heart-breaking event was a well-deserved second-place finish for the #6 Toyota of Stéphane Sarrazin, Mike Conway and Kamui Kobayashi.

Round 4: 6 Hours of Nürburgring 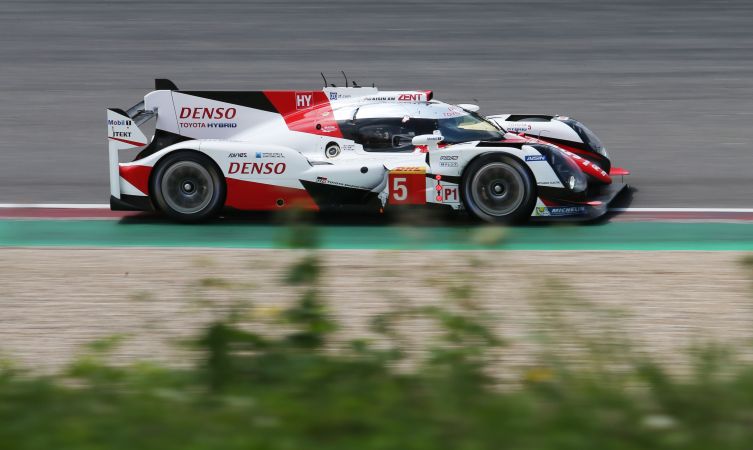 Determined to put the disappointment of Le Mans behind them, the Toyota Gazoo Racing team aimed to raise its game by displaying race-leading speed as well as a new ultra-high-downforce aerodynamic package.

While the former became more apparent during the later stages of the race, progress was initially hampered by poor tyre choice. To be fair, the compound had to be selected ahead of qualifying, and come race day the temperatures were much cooler than expected. After swapping tyres on both cars, performance improved but it wasn’t enough to reach the front runners. 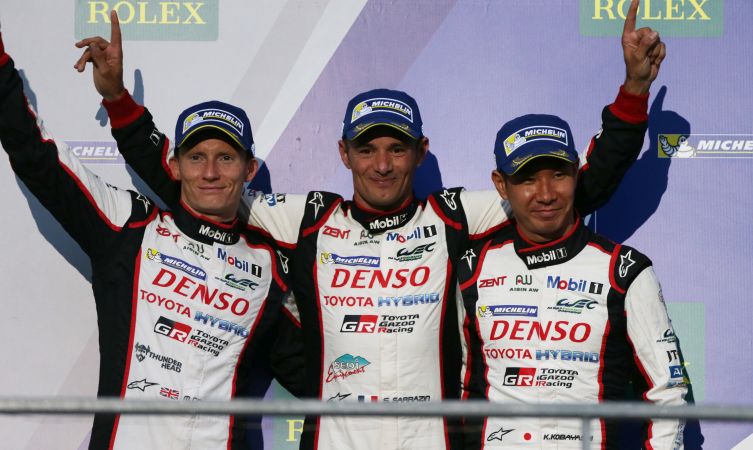 The shortest circuit of the WEC calendar always delivers plenty of overtaking action but it was the changing weather conditions that threw a curve ball into the fifth round of the 2016 WEC.

After half distance, the rain began to fall and positions changed regularly. The #6 Toyota held third until it was passed by the #7 Audi on intermediate tyres. Sarrazin drove brilliantly, however, twice passing the #2 Porsche for third, either side of a tyre change for slick rubber. Another change to intermediates in anticipation of further rain allowed Sarrazin to finally secure third place – the third podium finish of the season for the #6 car.

Round 6: 6 Hours of Circuit of The Americas 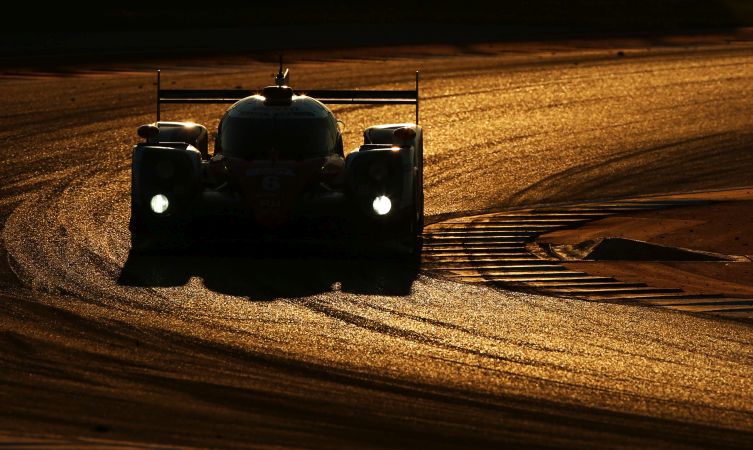 Summer heat is one thing you can guarantee in Texas, which, of course, brought its own troubles for the cars, drivers and pit crews. The race had started promisingly for the #5 car, Buemi moving to fourth place despite blazing sunshine and ambient temperatures in excess of 35°C. But as darkness fell, the squad lost time repairing a damaged front-end.

Meanwhile the #6 Toyota was able to claim third place following a three-manufacturer battle for the lead in the closing 60 minutes. By the end of his final stint, Sarrazin crossed the line just 26 seconds behind the winning car after an exciting fight for victory in the day-night race. 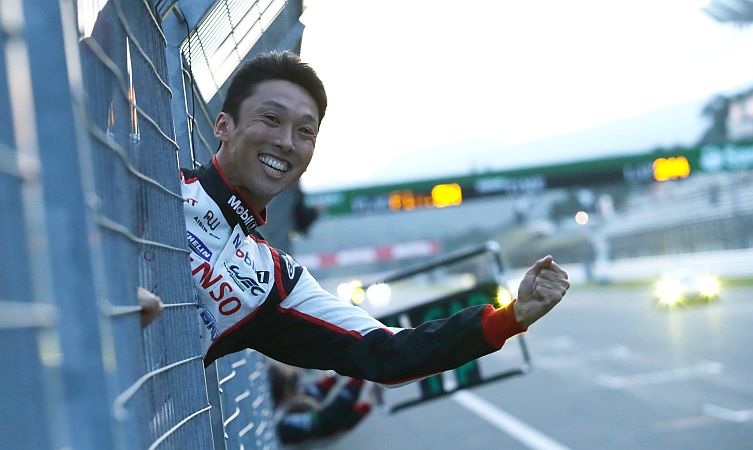 Looking to reclaim second place in the drivers’ championship, the Gazoo Racing team felt hopeful on (Toyota-owned) home ground. And by the end of the weekend, Fuji was cemented as the team’s most successful venue on the WEC calendar.

In front of enthusiastic crowds, all three LMP1 manufacturers – Toyota, Audi and Porsche – demonstrated near identical race pace. But ultimately it was the #6 Toyota that came out on top after an enthralling battle. This first win since November 2014 did exactly what was intended, lifting the #6 crew to second in the drivers’ world championship, 23 points off the lead.

Round 8: 6 Hours of Shanghai 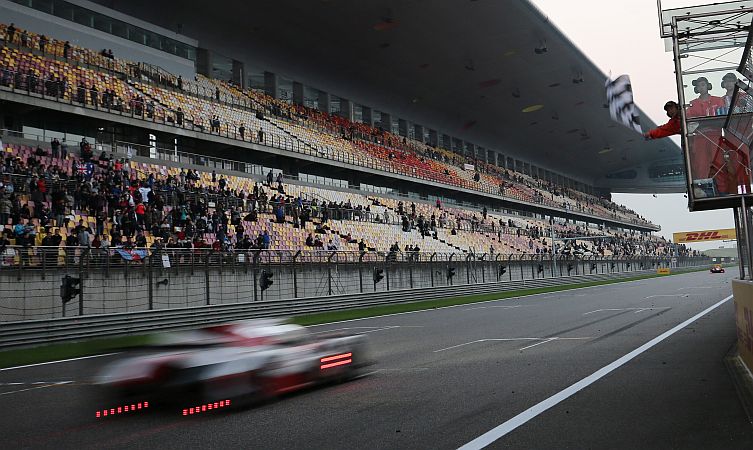 Toyota Gazoo Racing continued its strong late-season form with second- and third-place finishes in China. Beginning on the front row for the first time, Buemi briefly led the race in car #5, before being sent back to fifth. Random shuffling was a feature of the race, with places being regularly traded through pit stops, punctures and good old-fashioned racing.

In the final round of pit stops, Davidson was able to leapfrog the #2 Porsche to bring the #5 Toyota back into third place. For Kobayashi, however, the leading Porsche was too far ahead to be open to attack; at the chequered flag the #6 car was less than a minute behind in second – an incredible result, given that the Toyota had suffered two punctures during the course of the race.

Round 9: 6 Hours of Bahrain 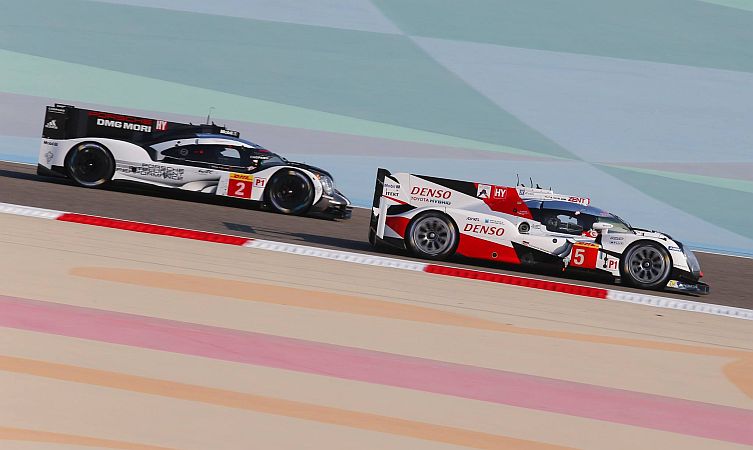 The final round in Bahrain was a disappointing one for Toyota Gazoo Racing, being the third race this year in which the team have failed to score a podium finish.

When the race got underway, Kobayashi in the #6 car fought hard with the #7 Audi but could not stay ahead, dropping back to fifth just ahead of Buemi in the second Toyota. A puncture for the #2 Porsche helped the #5 car to fourth as the sun began to set, while beyond the halfway point the two Toyotas swapped position a number of times, both on the track and in the course of scheduled pit stops.

Toyota’s final tally from the nine-race WEC season is one win, seven podiums and 229 points, securing third place in the manufacturers’ world championship.

What is next for the Toyota TS050 Hybrid?

Focus now switches to preparations for 2017. An intensive testing schedule is planned to fine-tune an updated TS050 Hybrid in time for the opening race at Silverstone on 16 April. This began immediately after round nine, where the team stayed on in Bahrain and started development with a two-car test session.