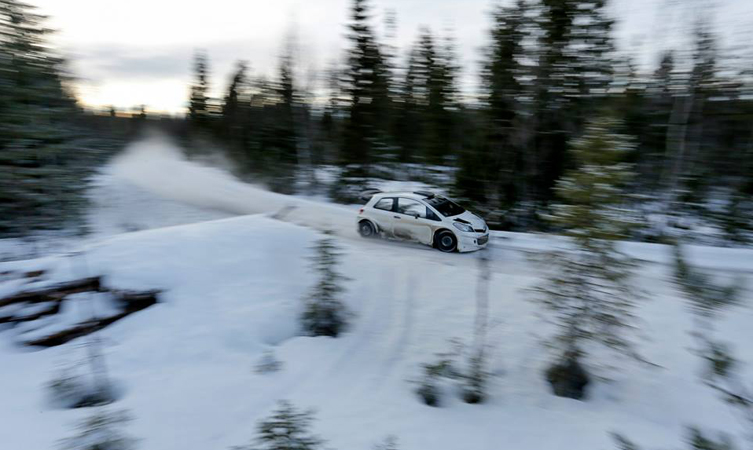 The preparations for Toyota’s return to the World Rally Championship headed north recently as the Yaris WRC car undertook a test in Sweden.

Toyota announced in January that it will compete in the WRC from 2017. Over the next two years, Toyota Motorsport GmbH (TMG) will continue its test programme with the Yaris WRC car ahead of the WRC return.

Recently that programme headed to northern Sweden for a snow test. Drivers Eric Camilli and Sebastian Lindholm completed four days of successful testing between them.

This follows on from the test the team conducted last month on the mountain stages north of Monte Carlo. Camilli and Stephane Sarrazin were behind the wheel for that test.

Below is a video of the car on the Monte Carlo test. In it you can hear the all-new 1.6-litre turbocharged, direct injection engine that is being developed for the car in action.

The Toyota Yaris WRC has already completed a preliminary test programme on Tarmac and gravel stages throughout Europe. Several young drivers have tested the car and Frenchman Eric Camilli, 27, has been selected as the first member of a junior driver development scheme designed with the goal of developing Toyota rally stars of the future.

That test programme will include several WRC venues around Europe on a variety of surfaces. Experience gained will assist Toyota as it prepares a car for the 2017 season, when updated technical regulations are expected to be introduced.