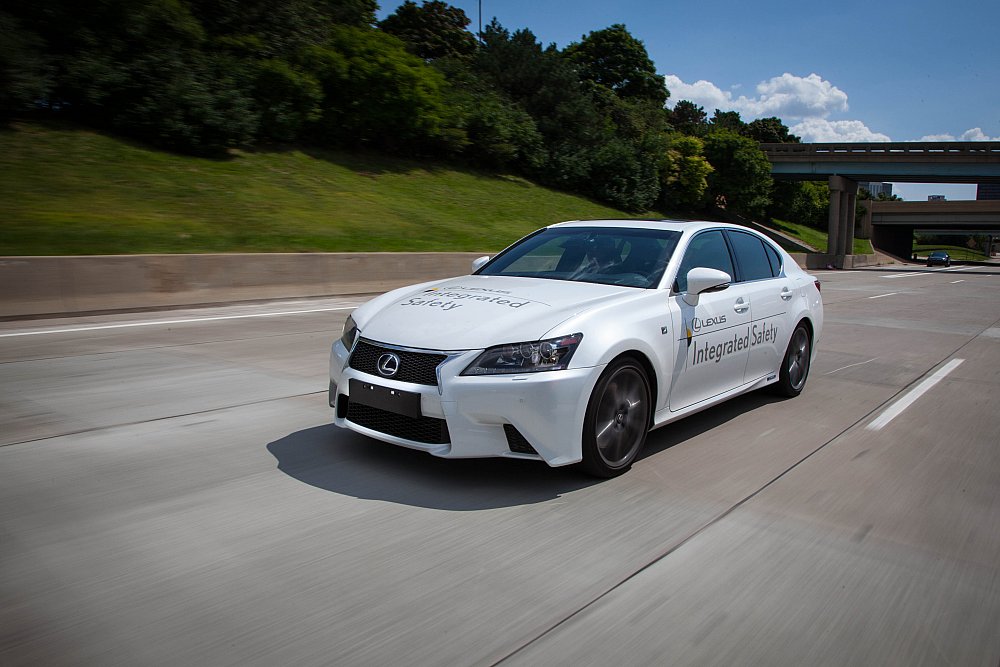 Laser detection systems that can track objects on the road, day and night; 3D information displays that transform the way traffic information is delivered to drivers; and an advanced driving support system that will be on the road within the next few years: these are the highlights of the innovation programme revealed at the fourth Toyota Annual Advanced Safety Seminar in Ann Arbor, Michigan.

The seminar, hosted ahead of Toyota’s participation in next week’s Intelligent Transport Systems World Congress in Detroit, provides an early insight into the company’s latest safety research and development work and the progress it is making in securing safer mobility for all in the future.

“Toyota’s vision is of a world without traffic fatalities, and these advanced connected and automated vehicle technologies have the potential to revolutionise automotive safety, said Seigo Kuzumaki, Toyota’s Chief Safety Technology Officer.

“We are committed to bringing advanced active safety systems to market as quickly as possible and making them accessible to a broad range of drivers.”

First revealed last year in Japan, Toyota’s AHDA system is designed work with the driver to achieve safe car control. The latest version of the system, unveiled at today’s seminar and to be shown at the ITS World Congress, has been programmed according to real-world traffic conditions in the USA and can operate at speeds up to 70mph.

AHDA integrates three core technologies: Dynamic Radar Cruise Control, Lane Trace Control and Predictive and Interactive Human-Machine Interface (HMI). These support the driver by keeping the vehicle to its lane and a safe distance from others on the road, all while travelling at cruising speeds. The Predictive and Interactive HMI promotes driver engagement, warning when the system is going to disengage and monitoring the driver’s level of attention on the road ahead.

This system allows drivers to maintain speed and make more comfortable progress while reducing accident risk by keeping a safe distance from the vehicle ahead. It uses a 77GHz millimetre-wave radar to detect and monitor vehicles in front of the Toyota and maintain specific speeds and distances. The AHDA demonstration vehicle is fitted with a prototype radar sensor on the front grille that Toyota plans to bring to the market as part of its next generation of driving assist systems.

Lane Trace Control helps the driver keep the car safely within its lane, using signals relayed by a front-mounted camera and a millimetre-wave radar. The sensors detect lane markings on the road surface and vehicle ahead. The system calculates the right driving path, automatically adjusting the vehicle’s steering angle so the Toyota keeps within its lane, within an appropriate margin from surrounding vehicles.

While the improved automation provided by the Dynamic Radar Cruise Control and Lane Trace Control contribute to making driving safer and more comfortable, it remains essential to keep the driver – the most important element in the driving process – focused. For this reason, AHDA includes a predictive and interactive HMI to help there is a smooth, safe transition as the car moves from automated and manual driving.

The system gives the driver advance warning when only limited automated system support can be expected. It makes its predictions on the basis of the lay-out/geometry of the road ahead and historical sensor performance. These predictions are intelligently generated, so they apply specifically to the traffic lane in which the AHDA vehicle is travelling.  It is able to make lane-specific predictions by combining data from an enhanced map, an automotive-grade GPS receiver and sensors including the front camera and radar.

Toyota plans to market technologies based on the AHDA advanced driving support system within the next few years.

Toyota demonstrated its SPAD LIDAR environment mapping and recognition system for the first time at its safety seminar, a technology that marks important progress towards making automated driving a reality. As well as performance improvements, the system is smaller than the previous bulky units which had to be mounted on the roof, and can be installed inside the car. It has also been made less expensive to produce.

The high-resolution LIDAR (laser radar) combines the functions of a millimetre-wave radar and stereo cameras. It can detect the shape and position of obstacles ahead and its active sensors mean it can operate in daylight and at night. The system has been co-developed with Toyota Central R&D Labs.

Toyota’s innovative 3D head-up display reflects the company’s philosophy that advanced safety technology should work as a team-mate with the driver, and breaks new ground in interface design. The system projects critical information onto the windscreen, such as vehicle status, traffic conditions and road signs, rendering it in 3D with no for the driver to wear special glasses or use other accessories.

It uses completely new 3D viewing technology and is designed to display information at specific points on the road. It has been developed by the Toyota InfoTechnology Centre with Calty Design Research in the USA.