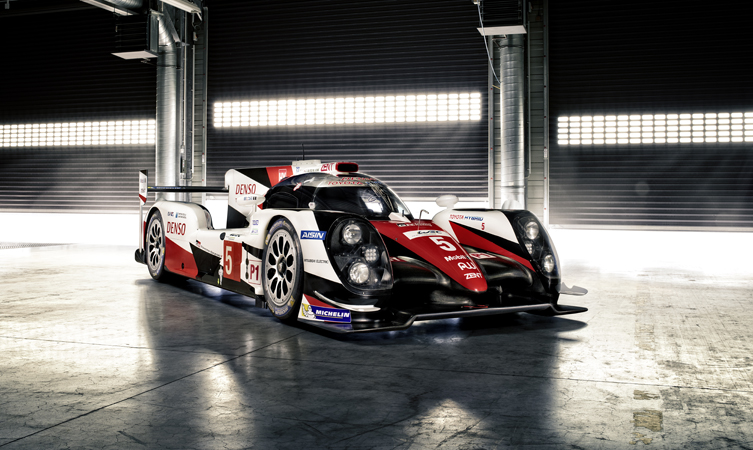 Toyota Gazoo Racing have taken the wraps off the all-new TS050 Hybrid, the car which will carry the team’s hopes into a new season of World Endurance Championship (WEC) competition.

Following a difficult defence of its World Championship titles in 2015, Toyota has set itself tough performance targets in order to return to the front of a fiercely competitive WEC field, featuring fellow LMP1-Hybrid manufacturers Porsche and Audi.

The TS050 Hybrid, Toyota’s third car since joining the championship in 2012, was unveiled at the Paul Ricard circuit in southern France this morning.

It features a significant change in powertrain concept. A 2.4-litre, twin-turbo, direct injection V6 petrol engine is combined with an 8MJ hybrid system, both of which are developed by the Motor Sport Unit Development Division at Toyota’s Higashi-Fuji Technical Centre in Japan.

A new generation turbo engine with direct injection is well-suited to the current championship regulations, which limit fuel flow to the engine. With turbo engines increasingly in use for road cars, Toyota expects to make good use of technology and know-how it is gaining from its WEC campaign.

The race cars use regenerative braking like that featured in many Toyota road cars. The front and rear motor-generators recover energy under braking, storing it in a high-powered lithium-ion battery and releasing it as boost for maximum performance and efficiency. The TS050 Hybrid’s use of battery storage in place of the previous super capacitor system allows it to join the more-powerful 8MJ hybrid class.

The new powertrain concept brings different cooling and packaging demands, including an updated transmission to handle the significant increase in torque delivered by the turbo engine. Combined with a new aerodynamic concept, this means virtually every part on the TS050 Hybrid chassis has been redesigned by Toyota Motorsport (TMG) at its workshops in Cologne, Germany.

Powertrain components have played their part too in the improved aerodynamic performance of the TS050 Hybrid. The front motor-generator unit has been relocated, allowing for better underfloor air flow, contributing to the car’s overall performance. Suspension kinematics have also been revised to optimise tyre wear.

The team have already been busy testing the TS050 Hybrid, covering more than 13,000 miles with positive results in their pursuit of improved performance and reliability. The next test will take place at Paul Ricard on 25 – 26 March, ahead of the nine-race WEC season getting under way at Silverstone on 17 April.