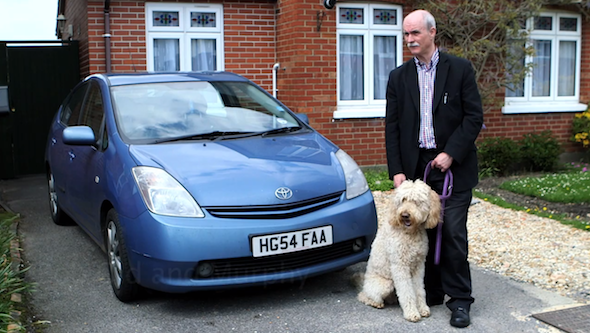 Stories extolling the legendary reliability of Toyota vehicles can be heard all over the world, and the same can be said of Toyota’s hybrid vehicle range.

In this exclusive Toyota Stories video, Bob Old adds his voice to the growing number of satisfied Prius drivers who have racked up galactic mileages without breaking a sweat, so to speak.

Bob is a man that values technology, economy and unquestionable reliability, and he has yet to find a car to match his second-generation Prius in each of those respects. In it Bob has travelled over 365,000 miles with little more than consumable items such as tyres and brakes needing to be replaced by his friendly, Prius-savvy dealer. Everything else, from the engine to the hybrid battery pack, is original and still functions perfectly.

Indeed, having spent so much time with his Prius, Bob calls it his ‘perfect fit’. Might it be yours too?

If you have got a story about your Toyota, why not share it with us here.