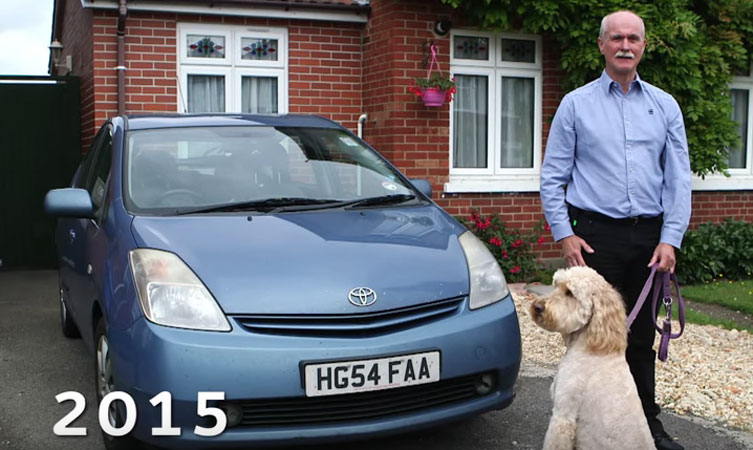 Toyotas are among the best high-mileage cars on the market. There are plenty of Toyota hybrids that have covered high mileages without skipping a beat, but few have been as far as Bob Old’s Toyota Prius. His 54-plate car has now covered almost 435,000 miles.

We first caught up with Bob and his dog, Murphy, back in 2013 when his Toyota had already racked up 365,000 miles. Two years on, Bob’s Prius has continued to give fuss-free, reliable service.

Bob adds his voice to the growing number of satisfied Prius drivers who have racked up galactic mileages without breaking a sweat, so to speak. Indeed, having spent so much time with his Prius, Bob calls it his ‘perfect fit’.

Servicing has been carried out by the Prius experts at Bob’s local Toyota dealership – Snows in Southampton. The car has needed nothing more than routine servicing and consumables like oil, wipers and tyres, reinforcing the fact that it is one of the best high-mileage cars you can buy.

Bob is a man that values technology, economy and unquestionable reliability, and he has yet to find a car to match his second-generation Prius in each of those respects. Everything from the engine to the hybrid battery pack, is original and still functions perfectly.

“Reliability-wise, it has yet to fail in any circumstances,” says Bob. “The only time I had an RAC guy out was when I got a puncture!”

Here’s to many more miles of hassle-free hybrid driving in one of the best high-mileage cars around.

See also: Why service your car at a Toyota dealership?