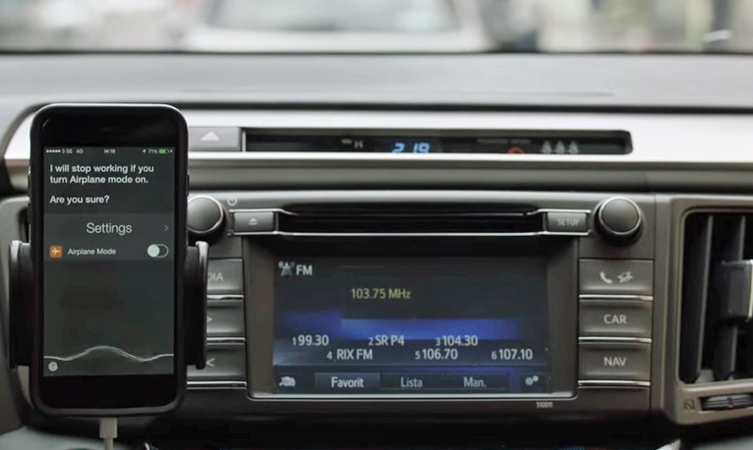 We all know how dangerous it is to use a mobile phone while driving, but despite this how often do we see people still using their phone behind the wheel?

This video by Toyota Sweden takes a new proactive approach to in-car safety, exploring the possibility that if we cannot appeal directly to people to stop using their mobile phone when driving, maybe we can ‘speak’ to the phone instead and stop its use on their behalf.

Apple iPhone users are well-acquainted with Siri – the ‘intelligent assistant’ that allows users to speak natural commands in order operate the device and its apps.

The video shows how a radio advert could ‘talk’ to a mobile phone in real time, using Siri, to put the phone in airplane mode without any human interaction.

Take a look at the video below.