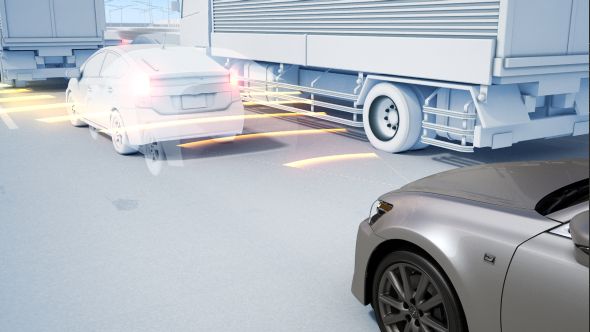 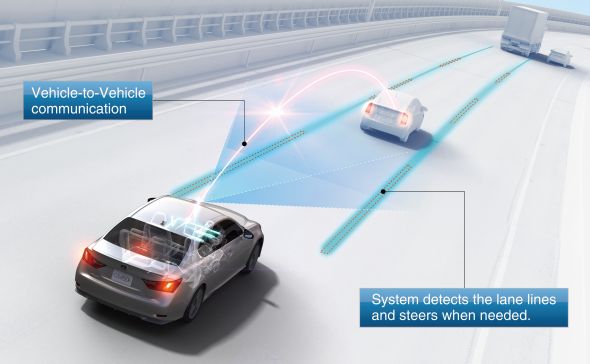 Toyota has been researching automated driving technologies for almost 20 years. And while the possibility of fully autonomous vehicles being used to ferry people around the country is still some years away, we are already comfortable in using partially autonomous technologies such as cruise control and lane control while driving. 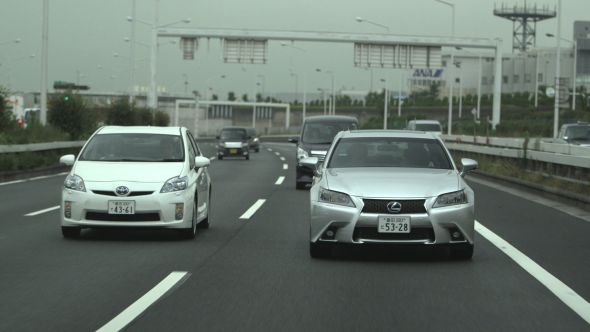 With a long-standing tradition of introducing new safety and convenience technology, Toyota and Lexus vehicles are already equipped with highly advanced versions of these systems, which can usually be used individually or in conjunction with one another.

As an example, the Lane-Keeping Assist (LKA) system fitted to the Lexus LS was recently improved to include a control that adjusts steering torque and vehicle speed depending on yaw rate feedback sensed through external issues such as crosswinds and lateral road cambers. Used in conjunction with a stereo imaging camera trained on white line road markings, the system constantly evaluates the position of the vehicle relative to the road and prevailing circumstances, and remains ready to intervene if a potentially dangerous situation arises.

Meanwhile, the Adaptive Cruise Control (ACC) system fitted is used to maintain a predetermined speed while simultaneously monitoring and controlling the vehicle’s distance from other road users. A millimetre-wave radar fitted to the front of the car provides the distance data, which is then relayed to the system to provide an appropriate reaction – either application of the brakes to keep a safe distance away or to increase speed to the previously set figure. 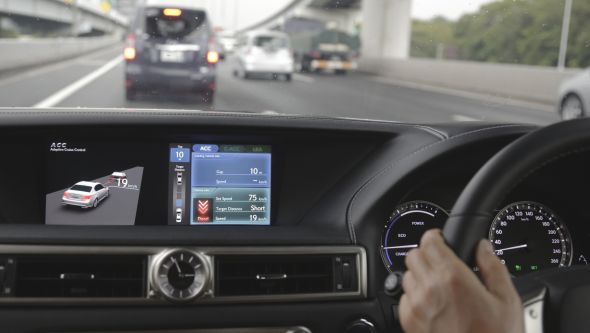 Recently, Toyota Motor Corporation announced that it has developed and is testing a next-generation advanced driving support system. Automated Highway Driving Assist (AHDA) is an umbrella term for the new technology that incorporates improved versions of both LKA and ACC systems. Its published aim is to supporting safer driving on the open road, reduce the environmental impact of a vehicle fitted with this technology, and to reduce the workload of the driver. 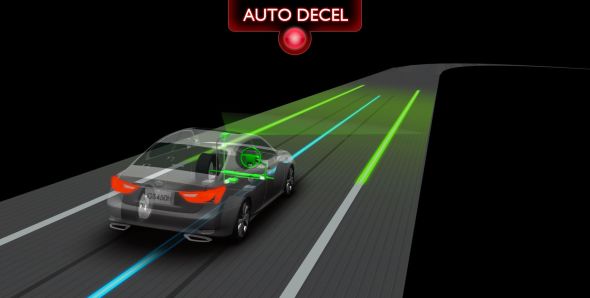 The new Lane Trace Control (LTC) system uses an arsenal of cameras, radar systems and control software to adjust the vehicle’s steering angle, speed and braking force to maintain optimal lane discipline. Compared to LKA, which was able to apply some gentle steering correction within the lane and around large radius curves, LTC scans the road much further ahead to detect sharper curves. It then reacts to what it senses by activating the brakes to slow the car down. This preparation allows the vehicle to stay neatly within its lane, irrespective of the radius of the curve. 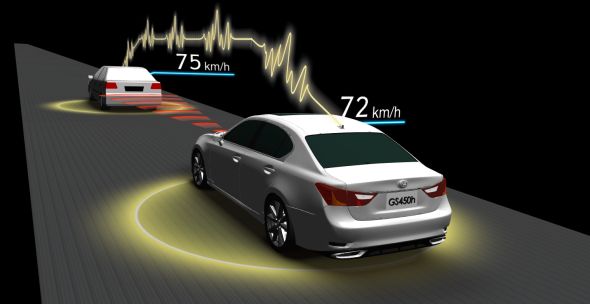 Reworking ACC to the new Cooperative-Adaptive Cruise Control (C-ACC) inserts a vital extra layer of monitoring into the setup. It retains the previous millimetre-wave radar to gauge the vehicle’s position in relation to the car ahead, but now adds a 700-MHz band vehicle-to-vehicle communications stream to transmit data from preceding vehicles to those following behind. 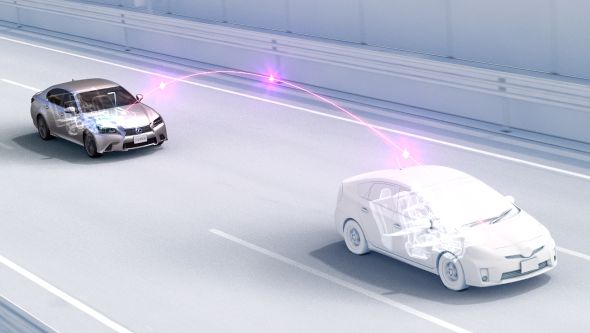 In effect, the car in front now ‘talks’ to the one behind, and so on, in a kind of daisy chain arrangement. 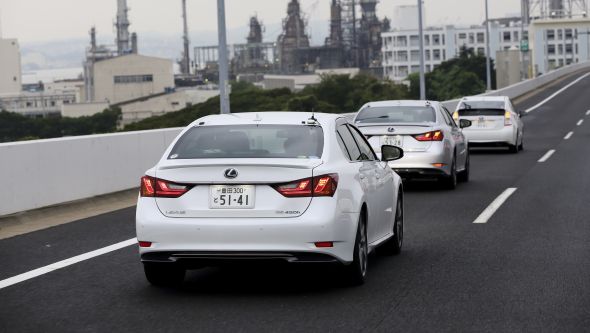 Although the standard radar system was relatively fast in its reactions, it still created a concertina effect as the system reacted and tried to maintain a safe inter-vehicle distance. Now, however, C-ACC delivers a near instantaneous response, which eliminates unnecessary acceleration and deceleration, as well as the associated knock-on effect on congestion and the environment.

Both of these systems are currently being thoroughly tested to support safer road use, and we may very well see these upgrades in future Lexus production vehicles.