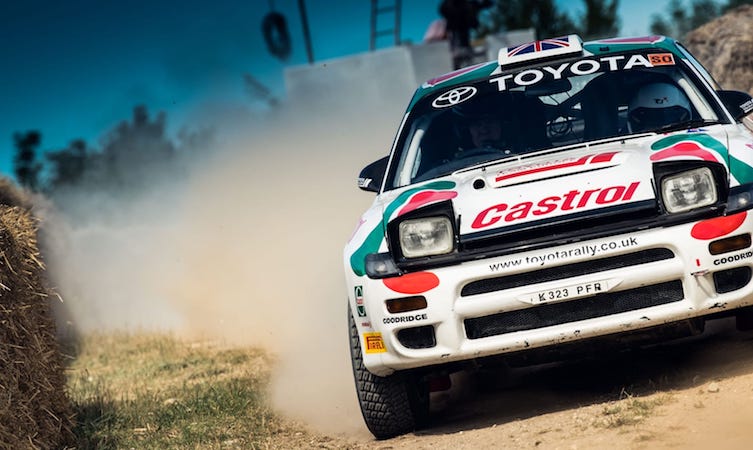 The 2019 Festival of Speed isn’t all about the hill climb on the asphalt driveway. Up at the top of the Goodwood estate in West Sussex, some of the greatest rally cars in history can be found dancing sideways through the trees on a purpose-built gravel special stage.

The rich rallying heritage of Toyota means there’s plenty of representation among the themed categories at this year’s event, which included a special section celebrating the life and career of Bjorn Waldegard. The Swede was the first World Rally Champion back 40 years ago.

Here’s a selection of highlights from the Goodwood’s Forest Rally Stage:

Toyota motorsport stalwart John Midgley brought this 1.6-litre, four-cylinder TA22 Celica (pictured below) to this year’s Festival of Speed. In the mid-Seventies, Toyota was still deciding between Corolla and Celica for serious WRC competition. The Celica presented precisely the right sporting image and went on to achieve multiple championship successes. 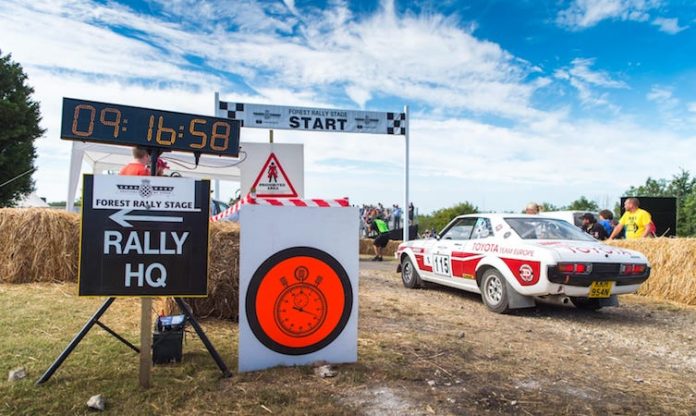 The most successful Toyota rally machine in WRC history (for the time being at least), the four-wheel-drive ST185 took Carlos Sainz, Juha Kankkunen and Didier Auriol to the drivers’ crown in 1992, 1993 and 1994 respectively. Toyota Team Europe also claimed the manufacturers’ titles in 1993 and 1994 with the 1998cc, four-cylinder, turbocharged liftback. Gary Le Coadou entered his example in the Giants of Modern Rallying section.

In the early 1980s, few rivals in rallying’s Group A category could keep up with a hard-driven Corolla AE86. A powerful twin-cam 1.6-litre four-pot engine and decent handling proved a successful combination and the Team Toyota GB-entered cars were often top of the class time sheets on British Rally Championship events. Drivers Per Eklund and John Midgley scored notable results, and John’s son William drove the example pictured below at the 2019 Festival of Speed. 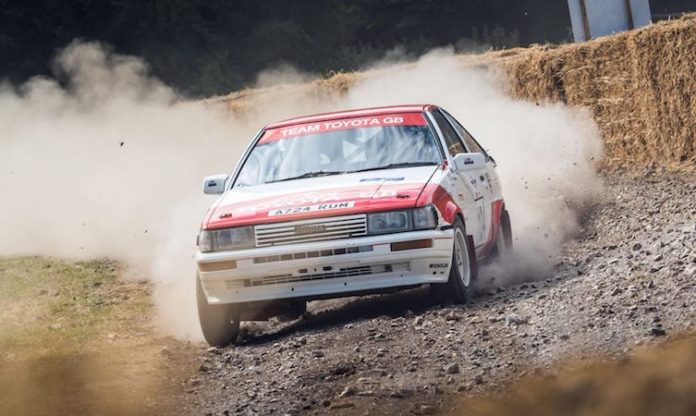 This ex-works RA40 formed part of a celebration of the career of  Waldegard. The Swede enjoyed a storied association with Toyota; more than half of the international rallies Waldegard contested during his career were with Toyota Team Europe. This two-litre, four-cylinder Celica (pictured below) was driven by Waldegard and co-driver Thorszelius on the 1980 RAC Rally and is now owned by prominent rally competitor, Ben Mellors. 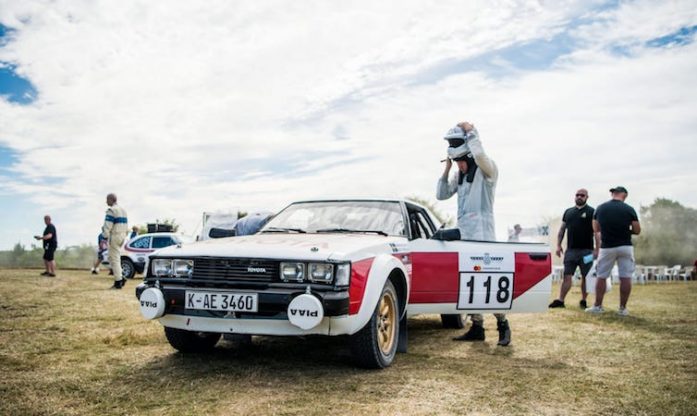 Another car that played an important role in the successful career of Björn Waldegard, the Celica Twin Cam TA64 really shone on the most gruelling of terrains. Waldegard won the Safari Rally twice (1983 and 1986) in this model, at a time when the Kenya-based event was regarded as the toughest on the WRC calendar. A brace of victories on the Ivory Coast Rally in 1983 and 1986 reinforced the durability of both car and driver. The TA64 at Goodwood was entered by Ross Clarke, a Kiwi who painstakingly build the car up to period Group B specification. 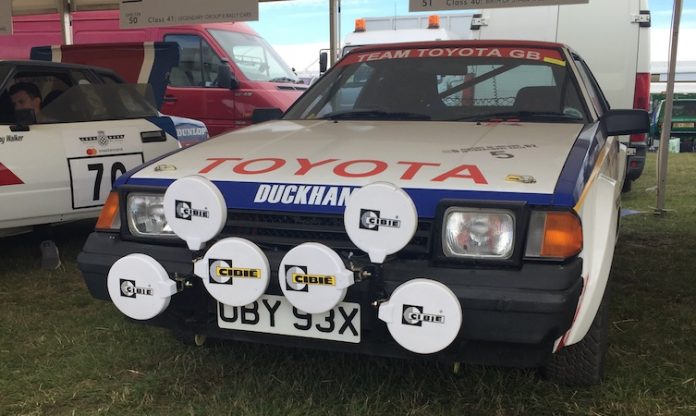 The benefits of building reliable cars was made abundantly clear in the early 1980s when the 2.0-litre, four-cylinder Celica performed well on more demanding events. The version pictured above is finished in the Team Toyota GB livery used on the car of Per Eklund and Dave Whittock on the 1982 Circuit of Ireland Rally, sporting the event’s identity plate on the bonnet. The car at the 2019 Festival of Speed was entered by Adam Keeler in the Birth of Stage Rallying category.