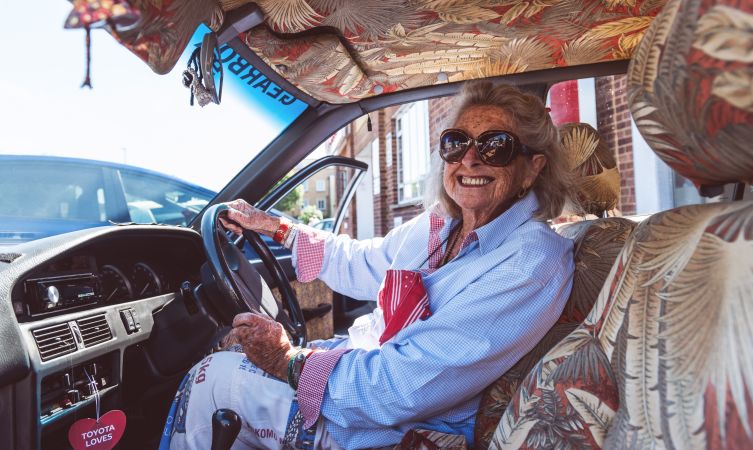 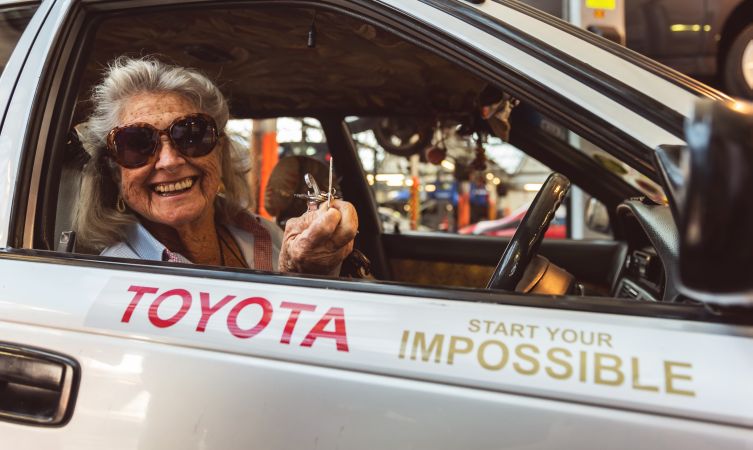 In June 2017, Julia Albu turned the ignition of her beloved 1997 Toyota Corolla (an AE92 model marketed locally as the Toyota Conquest) and drove away from her home in Cape Town, South Africa. She was 80 years old, the car was 20 years old, and their commemoration of a century of combined existence was to keep motoring north until she reached her daughter’s house in London, England.

Although Julia’s decision to take the 12,000km scenic route was admittedly hasty, a year of preparation was invested before she finally drove away. An eastern route through Africa was planned, supportive sponsors and a literacy charity joined the cause, while a blog site was launched to document the journey. 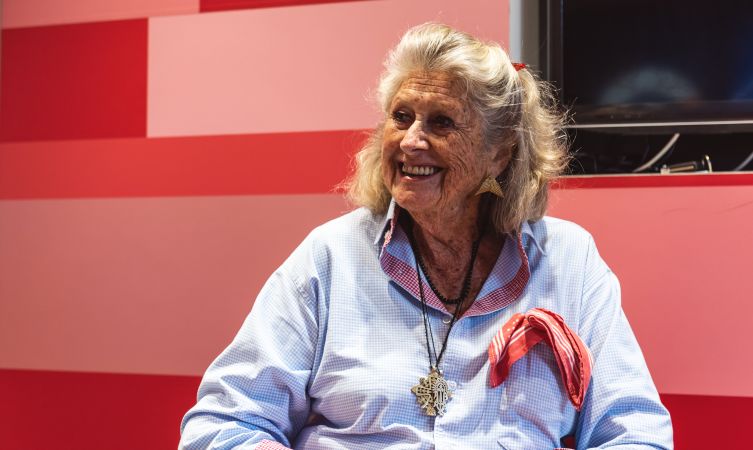 While there were many unknowns for Julia as a solo traveller, her one constant was her Toyota, affectionately known as Tracy. It had never let her down in 20 years of service and she saw no reason not to trust that it would carry her safely on this most epic of centennial celebrations.

A year and countless experiences later, Julia successfully arrived in London to a hero’s welcome. We caught up with the daring duo – now with a combined age of 102 years – in the service department of Currie Motors, her daughter’s local Toyota dealer, as she entrusted Tracy to the technicians to prepare her for the return journey. 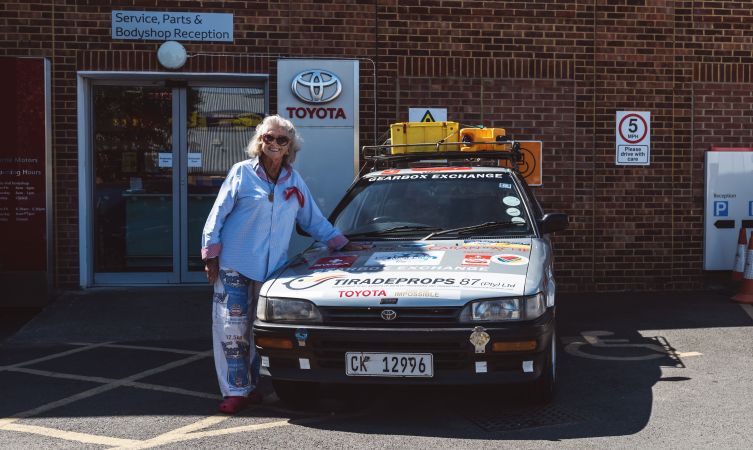 What was your motivation for embarking on this epic trip?

Julia: “Well, I was listening to a talk show on the radio in my kitchen at home and the host was remarking about how much a well-known public figure had spent on cars for his wives. I was incensed about this expense and thought it was ridiculous. So on the spur of the moment I called the station and told them that I was 80 years old and that my Toyota was 20 years old. We’re a combined age of 100 and we’re both 100% – so much so that I’m going to drive it to London to see my daughter.

“As soon as I’d said it, friends started calling me to see if it was true, so I had to bite the bullet and say that, well… I guess it was… even though I hadn’t thought it through. My partner of 33 years had recently died, I was broke and I couldn’t knit. But I thought that if I could research how to do it and team up with my favourite charity, I might be able to do some good for the world.” 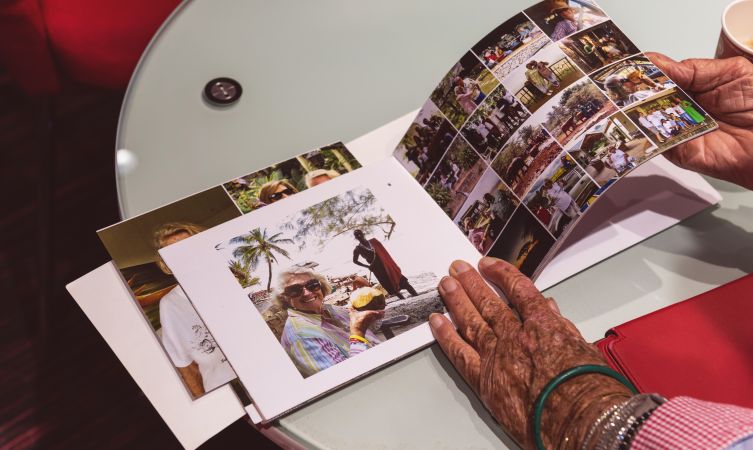 What were some of your biggest challenges in getting to this halfway point?

Julia: “One of the biggest challenges was when I got to the border between Kenya and Ethiopia and discovered that I didn’t have enough carnet sheets – like a car passport – to get Tracy into the country. I’d used up more than I anticipated by taking a detour into Uganda. So I had to turn around and drive for another ten hours back to Nairobi to get a new supply. Fortunately, I’ve been very laid back about the whole trip and promised myself never to be in a rush to finish the journey.

“Another huge challenge was the fact that I had no money. But I met some very wonderful, hospitable people via my blog who offered to put me up along the way, and they were always fascinated to hear about Tracy. 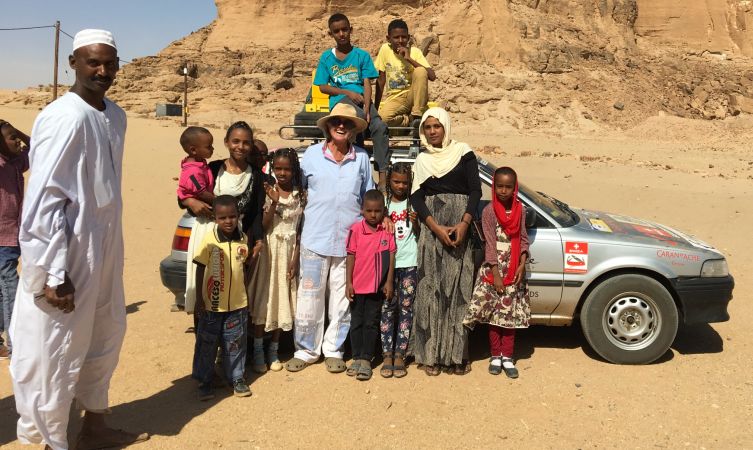 “I also tried to arrange to have a family member or guide join me for sections of the trip and help me through each country. But when it came to crossing the Sahara, I had nobody. My guide didn’t have a passport, so I was forced to drive from the Ethiopian border all the way to Khartoum on my own. But I had my radio blaring and I was singing along and didn’t experience any problems. I didn’t speak the language, of course, but the Sudanese people were always very kind in pointing me in the right direction.”

There must have been many highlights. Can you share any with us?

Julia: “Gosh… my highlights have to be about the people I met along the way. I remember just one time I saw a group of women walking along the side of the road in Ethiopia. They all had this most amazing halo of plaited black hair on their heads. So I stopped the car to say hello and to distribute some chocolate biscuits and a handful of the 2,000 pens I had been given by the literacy charity. 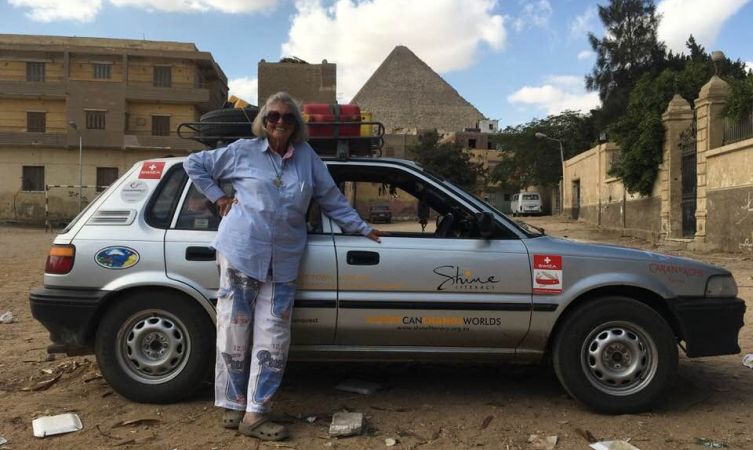 “I took some photographs of us and one of the ladies showed her appreciation for my gifts by opening this kind of pocket around her waist to share her meal with me. I’ve no idea what it was we ate, and it certainly didn’t look very appetising, but it was so kind of her to show such hospitality to a stranger. After sharing lots of hugs and kisses, we parted as friends. There were so many experiences like that.”

Was there ever a point when you regretted your decision to drive?

Julia: “No, never. There were points when I was so tired of travelling that I thought I couldn’t go on but I never regretted the decision.” 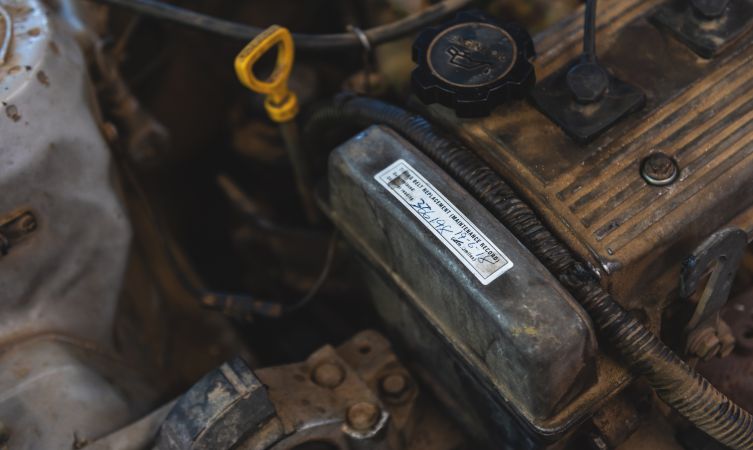 How did you prepare Tracy for the trip?

Julia: “I realised that the first thing I needed to do was lift her suspension to improve the ground clearance. My son-in-law helped with that – I think he added some spacers between the suspension and body – but he was very careful to leave everything else original. That was important to me. We also carried out a full service, changed the bushes, and my next-door neighbour gave me the bigger tyres.

“I’ve never been particularly interested in what’s under the bonnet but I knew I would have to spend a lot of time sitting in the car. So I asked another friend who runs an interior decorating shop to trim the interior with a fabric of my choice. I needed to feel at home in the car and I think the company did the most superb job. All I was missing was a tea trolley…” 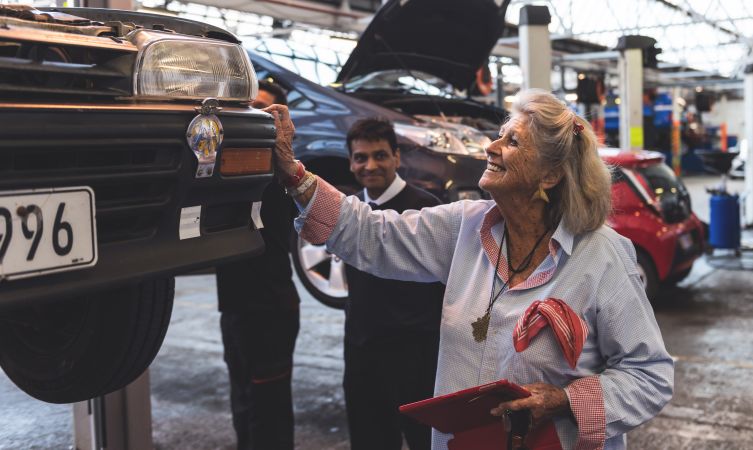 How has she fared overall?

Julia: “Like a dream. Let me tell you something: I think Tracy is the best car on the road. I’ve looked at what people use to drive through Africa – I’ve met and talked to them all now – and I wouldn’t swap my Toyota for anything else. I never had a breakdown or a flat tyre or anything. The only thing that’s ever happened is that one of the front wheels almost wobbled free after a particularly bad stretch of road coming out of Uganda. So it got bolted back on by a mechanic at a petrol station and we carried on. Simple as that. I’ve found that nothing is a problem in Africa; you get problems when you reach Europe.”

What preparations have you made to tackle the trip back home?

Julia: “Now that she’s been looked after here [at the dealership] she’s all ready to go again. I’ve bought lots of lovely treats and goodies to share along the way, and I’ve got a huge list of people – family and others – who want to take turns in driving with me.” 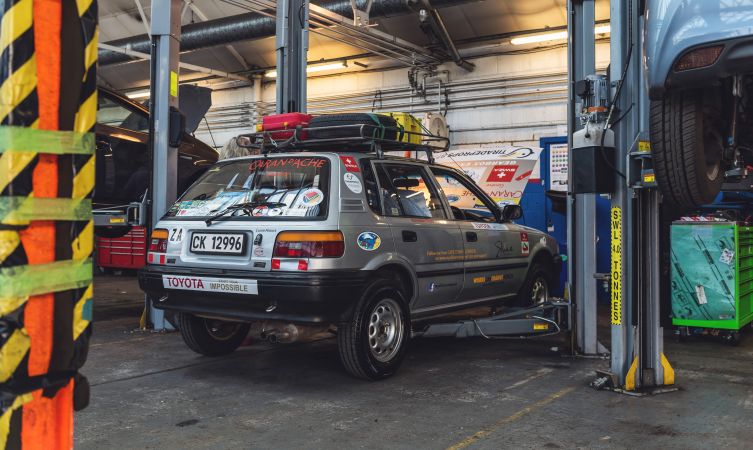 Do you have a schedule for the journey – certain points to reach at certain times?

Julia: “No, I don’t. I try not to drive after 4:00pm and I refuse to drive at night. I’m very careful and feel that you have to be aware of what’s going on around you.”

Has this adventure motivated you to embark on further epic trips?

Julia: “Oh, definitely. When I arrive back home I’ve been commissioned by a publisher to write two books about my adventure – one from my perspective and a children’s book from Tracy’s perspective. But next time I’d like to go take a western route around Africa and then time my arrival in England so I can meet the Queen. I was desperate to meet her this time but apparently it’s the wrong time of year. Her people told me that unfortunately during the summer she’s just too busy with other royal engagements.” 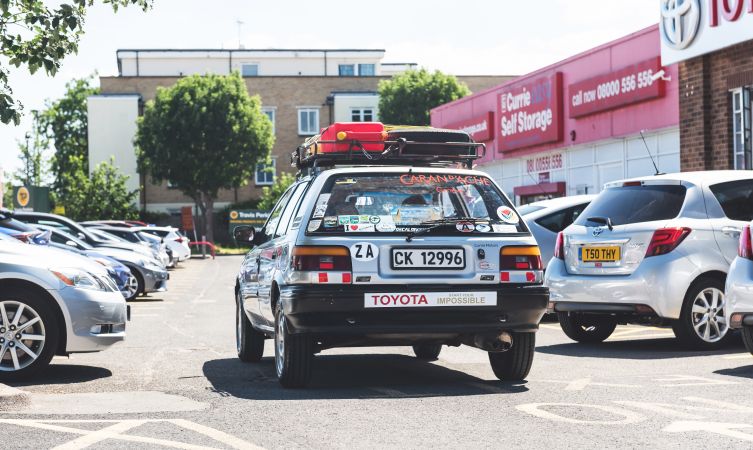 Is there a part of you that is tempted to fly back home?

Julia: “No, not at all. Driving is the best way to see a country; you waste such a lot of time at an airport. My preference is to meet, greet and eat with other people. When you drive you can take your time, smell the smells, and enjoy being with others. That’s what I’ve really enjoyed and that’s what makes me want to drive Tracy all the way back home again.” 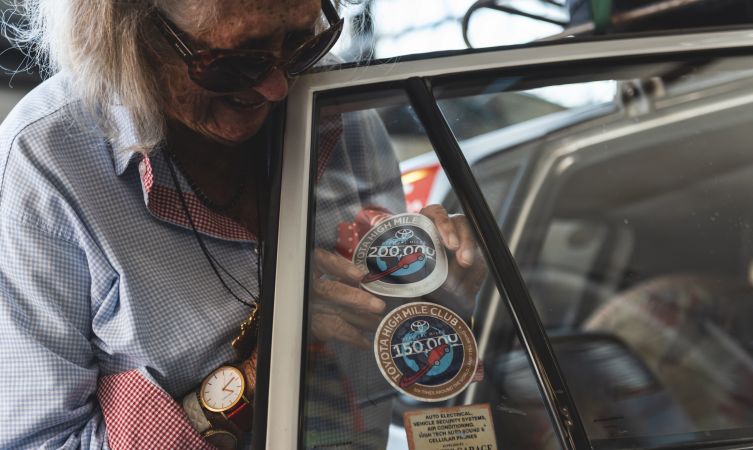 How well did Julia’s Corolla survive the journey?

Arriving in London with a little over 366,000km (227,000 miles) on the odometer, the service team at Currie Motors in Isleworth found that Julia’s Corolla was in remarkable condition after its epic journey from South Africa. A full service and cam belt change was carried out in preparation for the return journey, while the only remedial jobs needed were to clean the brakes and replace the rear anti-roll bar bushes and a rubber exhaust mount.