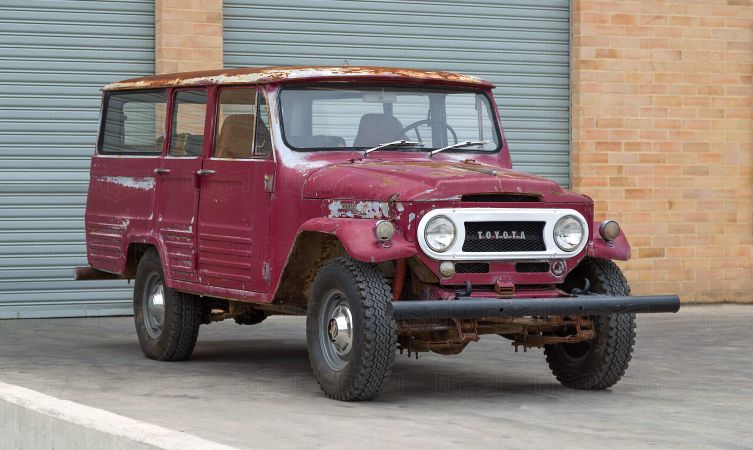 Having already produced what we believe to be the world’s best Land Cruiser, the specialists at the FJ Company in the United States have recently completed another outstanding resto-mod project. This time the commission was to restore and sympathetically modify an extraordinarily rare 1964 Land Cruiser station wagon – more specifically an FJ45LV, the shortest-lived of all 40-series export models.

The client wanted to create the ultimate surf wagon and take friends up and down the California coastline in search of the state’s best sand and surf. It had to preserve the iconic 40-series styling and remain Toyota through and through, while modernising the mechanicals, chassis and interior. You should see what it looks like now! 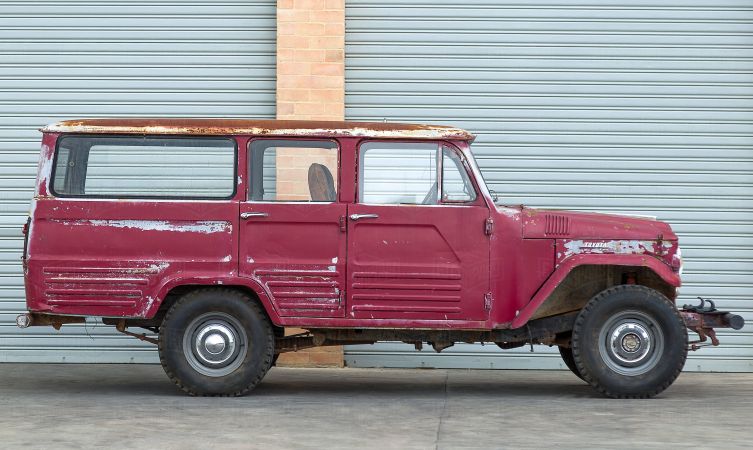 What makes the FJ45LV so rare and special?

Built from December 1960 to January 1967, the FJ45LV was primarily developed in response to the needs of US market buyers, who were searching for comfortable off-road vehicles with recreational potential. At the time, the Land Cruiser was the best-selling off-road vehicle in the States but was primarily viewed as a workhorse. So a plan was hatched to create a more family-friendly station wagon body to install on the longest available chassis. 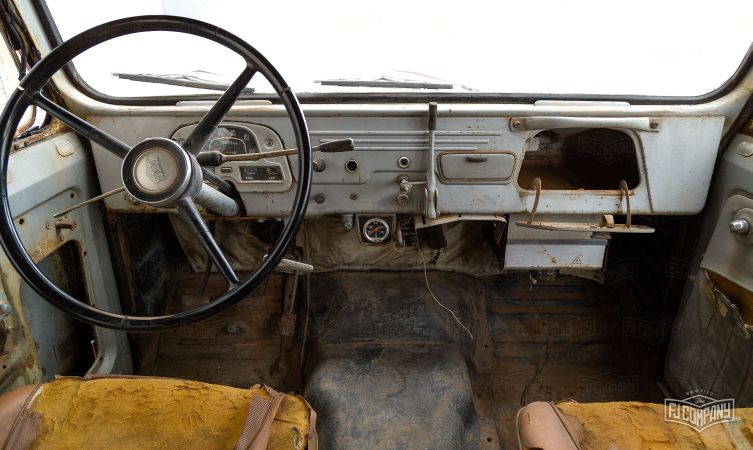 But as Toyota’s in-house design department was already flat-out developing the Corona and Crown passenger cars, the task of designing and constructing the bespoke bodywork was subcontracted to the coachbuilders at Gifu Auto Body, now part of the Toyota group. The body was widened by 60mm around the cabin, creating enough room for three people to sit abreast as well as a distinctively smooth transition around the A-pillars from the stock 40-series front end. 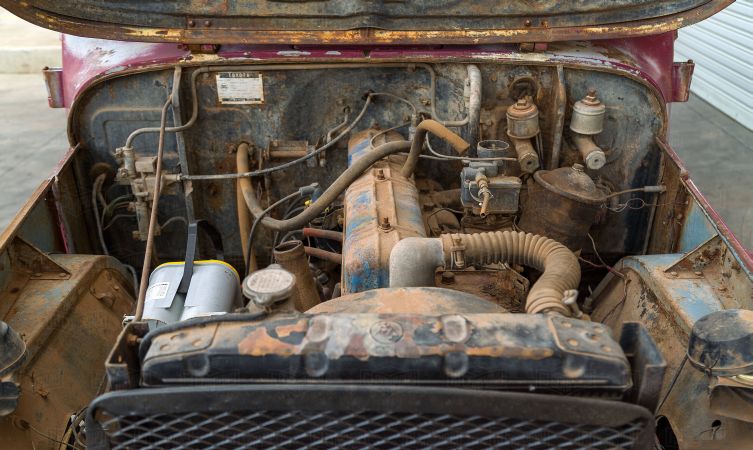 Its idiosyncrasies have become its most appealing qualities

However, Gifu’s engineers had a tough job adding strength to the large expanse of metalwork, so used a combination of corrugations, ribs and indents to reinforce the body. These were effective but not pretty. In addition, the 2,650mm wheelbase was not really long enough to house four decent-size doors (a super-long 2,950mm wheelbase was later introduced), and while the 4,630mm length offered plenty of luggage space for six people it also created a huge rear overhang. 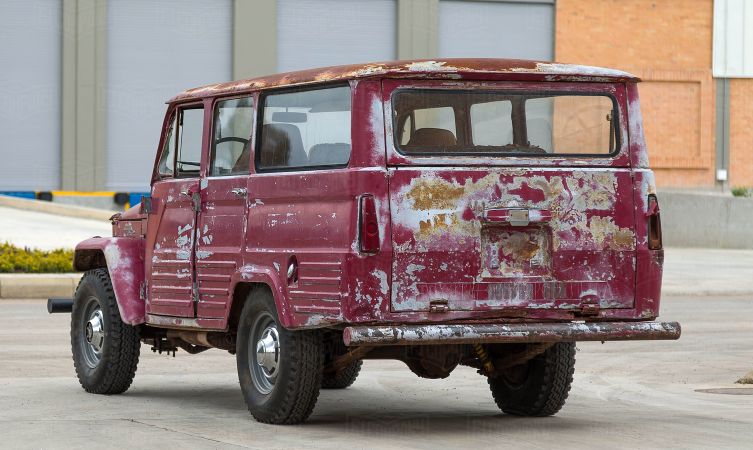 In the end, the corrugated and somewhat disproportionate appearance of the FJ45LV proved to be too divisive. Just 5,080 examples were built in its short production life, with only one-fifth finding homes in the important US market. It is recognised as the rarest of all export models and very few survive to this day, but its idiosyncrasies have become its most appealing qualities.

The FJ45LV was therefore something of a pioneer, hastily developed to fill a market need before the purpose-built 50-series station wagons were introduced in 1967. That was the point in which Land Cruiser production split into two distinct lines, with the station wagon dedicated to fulfilling a more recreational role. 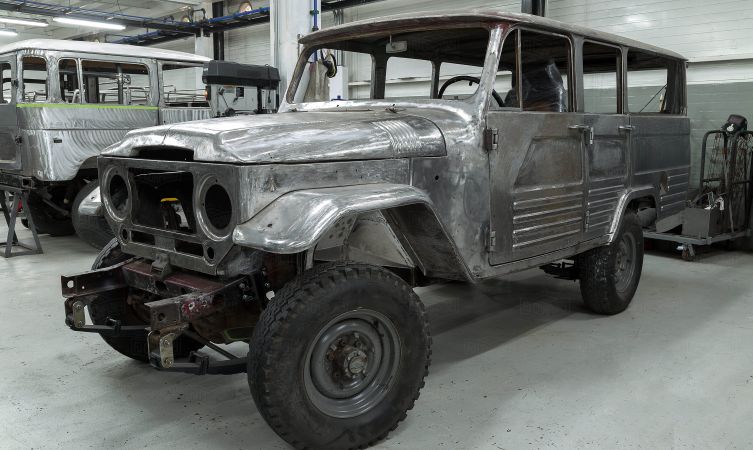 Can you believe that the Land Cruiser in the images below is the same as the one above? After separating the body from the chassis and stripping the vehicle to its component pieces, every element of the vehicle was either restored or renewed by the FJ Company specialists. The original sheet metal has been perfected and repainted in a period-style two-tone finish, while the original steel wheels and chrome hubcaps are beefed-up with 31-inch all-terrain tyres. 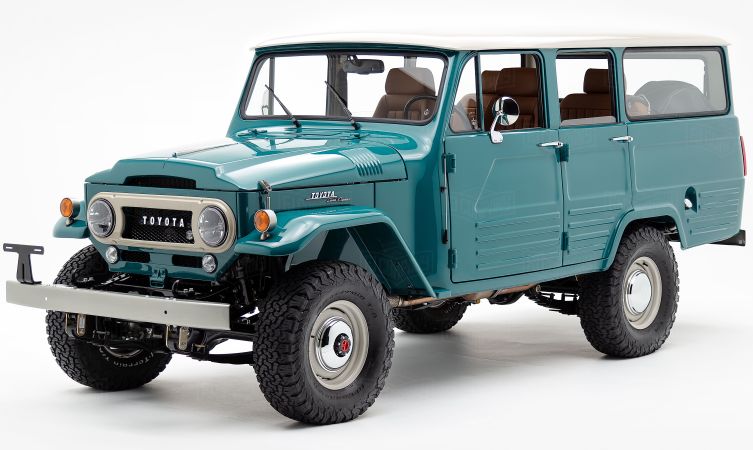 Under the bonnet is a brand new Toyota 1GR-FE – a fuel-injected 4.0-litre V6 offering 240bhp, allied to a smooth-shifting five-speed manual gearbox. Disc brakes have been installed on all four corners, while the steering and suspension components are uprated aftermarket interpretations of the original parts. It’s the perfect specification for long road trips and gutsy off-road exploring. 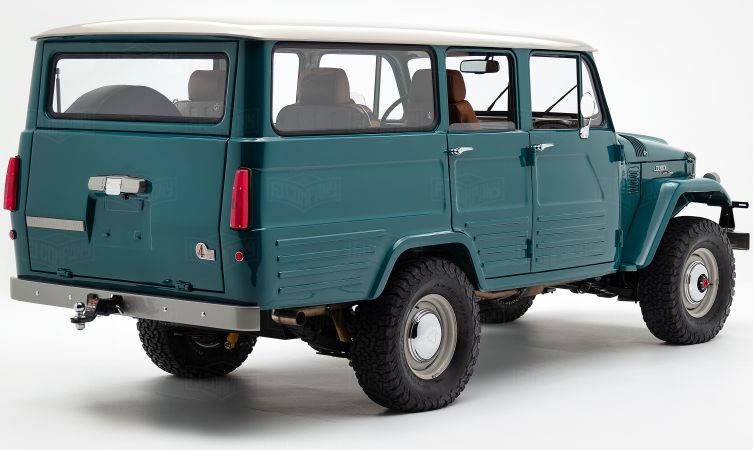 Inside, the cabin retains its straightforward retro appeal but is subtly equipped with modern amenities, including air conditioning and a punchy sound system. Essential functions are controlled with custom pull knobs to keep the dashboard free of modern equipment. 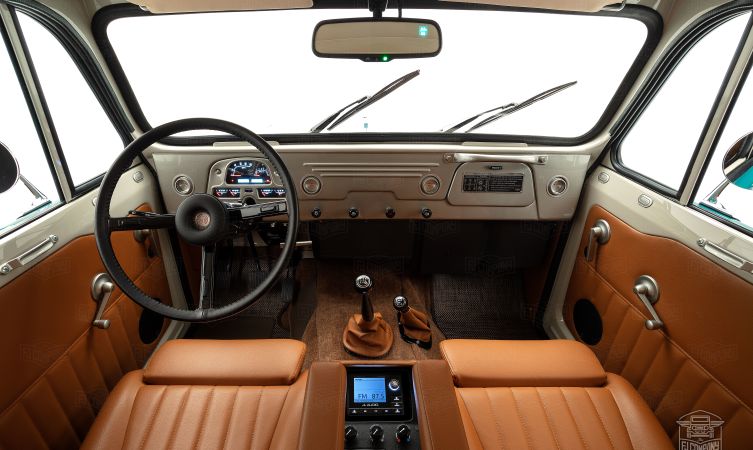 The original bench was carefully repurposed into standalone foldaway bucket seats for the second row, while modestly bolstered recliners have replaced the front seats. All upholstery has been trimmed in contrasting brown vinyl. 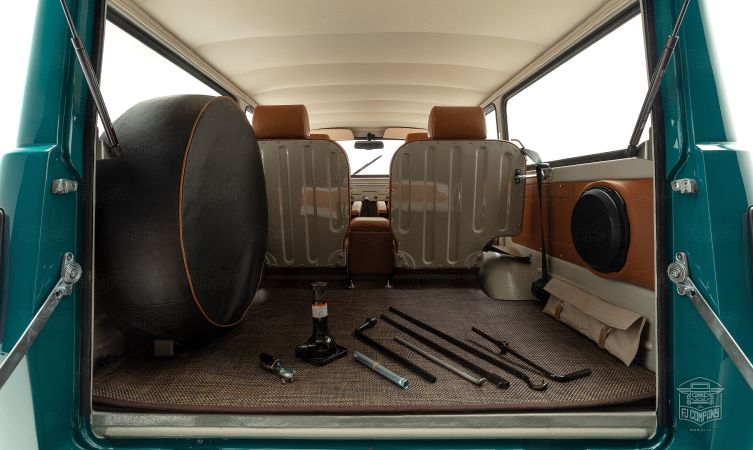 More than 50 years since it was first produced, we are delighted to see that this initially unloved FJ45LV model has been given a new lease of life. The level of workmanship is phenomenal and the resto-mod tweaks are well-executed. In fact, the FJ Company may very well have another in-house competitor for the title of world’s best Land Cruiser! 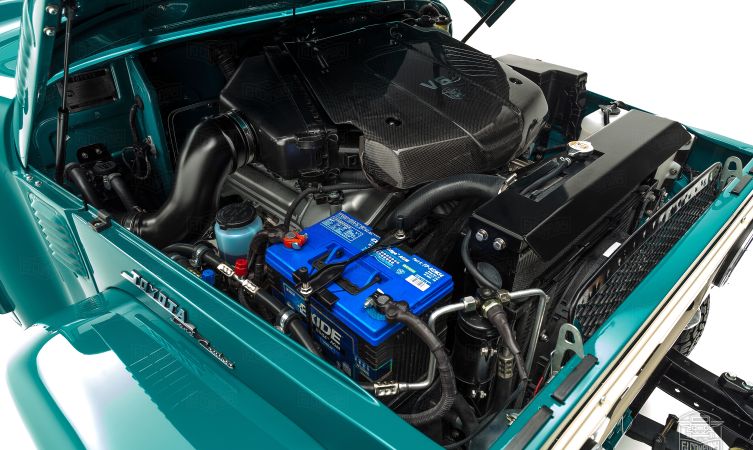 Quoting a chassis code is the quickest way to identify a specific vehicle when there are potentially thousands of variations within the model line. With regards to the Land Cruiser family, the chassis code usually adopts a basic four-to-six character pattern. 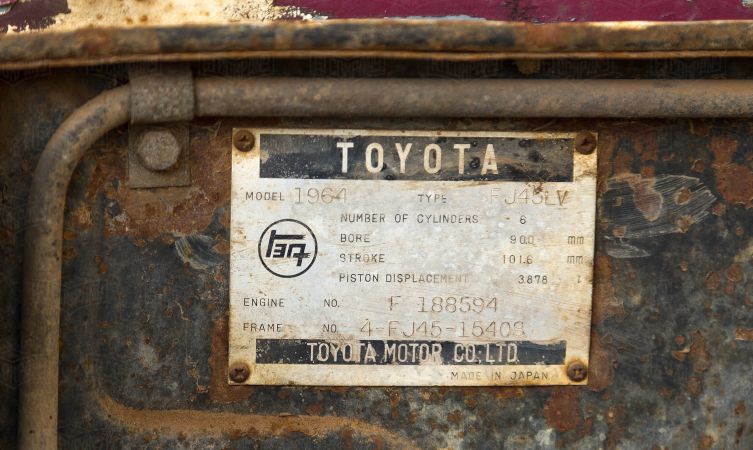 The original VIN plate includes specifications of the F-series engine 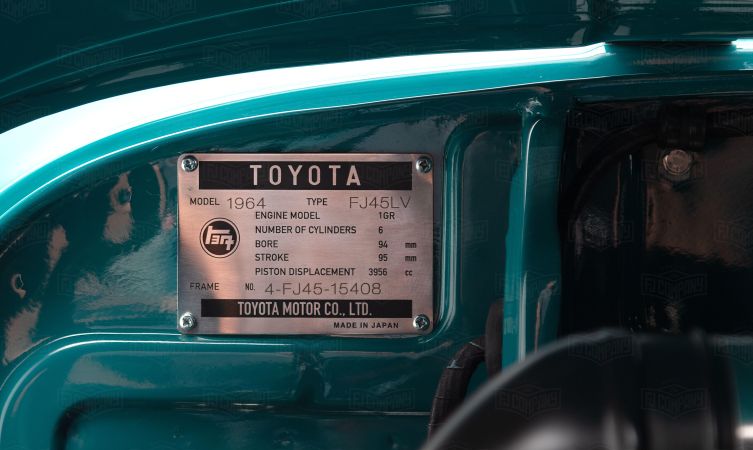 The last letter refers to the body type, which in this instance is ‘V’ for van. This broad, factory term is somewhat misleading as it actually signifies an enclosed body, which also includes the station wagon layout of this model. Finally, the insertion of ‘L’ as the penultimate character means that the vehicle is left-hand drive (a right-hand drive version of this model would therefore be referred to as FJ45V).