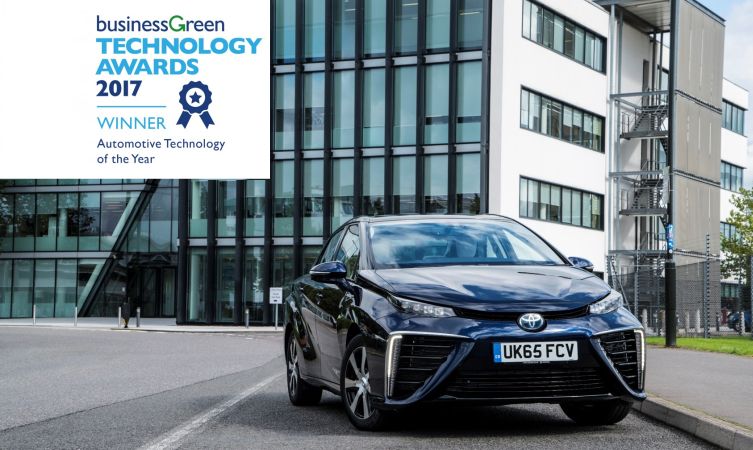 Toyota’s hydrogen fuel cell powered Mirai has another award to add to its growing collection – the Automotive Technology of the Year title in the BusinessGreen Technology Awards.

Now in its third year, the BusinessGreen Technology Awards brings together around 200 leading executives and technologists from some of the most exciting clean tech companies. The awards celebrates the brightest and boldest ideas with entrepreneurs, engineers and innovators from across the green technology sector.

In presenting the automotive honour to Toyota, the judges commented: “In this highly competitive category, we were won over by Mirai’s remarkable performance, impressive environmental credentials and Toyota’s vision for how fuel cells can play a crucial role with a low carbon energy system.” 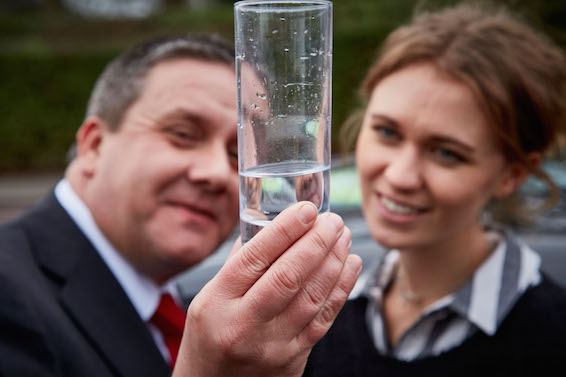 Mirai is a game-changing vehicle in the development of low- and zero-emission mobility. It is powered by electricity, generated on-board by hydrogen fuel reacting with oxygen in a fuel cell stack – a process from which the only by-product is water.

With the introduction of Mirai and the early development of a hydrogen fuel production, supply and retail infrastructure, Toyota is laying the foundations for a future low-carbon society that harnesses the potential of hydrogen as an abundant, clean and practical energy source.