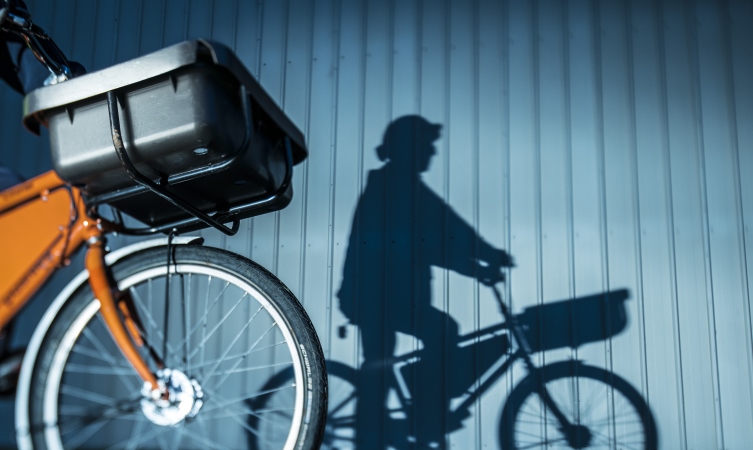 The ordering bike was a common sight around the factory when TMUK first started operations as it played an important role in the Kanban system Toyota used to improve its production methods.

To understand why the bike was needed, it’s important to understand what Kanban is and how it fits into the Toyota Production System, specifically Toyota’s pioneering ‘Just-in-Time’ way of working.

The ‘Just-in-Time’ philosophy was developed to eliminate waste by producing only what is needed, when it’s needed and in the amount needed. This prevents any over-production of parts or vehicles that can put greater demands than are necessary on the production facilities.

To enable ‘Just-in-Time’ to work, Toyota developed the Kanban system, a method of communicating between the various stages of the production line.

To enable ‘Just-in-Time’ to work, Toyota developed the Kanban system, a method of communicating production requirements between the various stages of the production line. In simple terms, it describes which and how many parts are used, where and when. So, as parts are used in vehicle assembly, information is conveyed back to the production area so that the required number of parts are produced and delivered to the correct section of the assembly line to replenish its supply.

Every part or box of parts has its own Kanban ‘card’, and as the parts are used, the Kanban is removed and returned to its source, generating a new order. The ordering bike was a simple and effective way to transport these orders around the factory, delivering them promptly to the right location.

The Kanban ‘cards’ are inspired by the stock control cards that were used in American supermarkets in the 1950s. Toyota executive Taiichi Ohno noted how, as customers purchased their desired number of a product, supermarkets would order and restock with just enough to replenish their supply, neither running out nor overstocking. In pre-computer days, this information was processed using stock control cards. 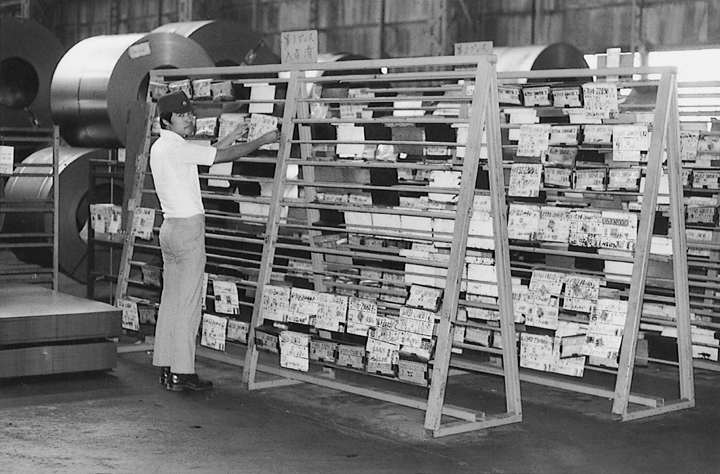 Under Ohno’s oversight, Toyota implemented a similar system using cards that documented the production usage and requirements. After an inevitable adjustment period as the Kanban system was learned and refined, it was adopted in all Toyota plants in 1963. From 1965, the Kanban system was rolled out to external suppliers, improving the supply of parts to Toyota and benefiting these businesses own production processes.

Today, the ordering bike is a distant memory. Ordering systems are state of the art, as the Kanban system goes digital and greater use is made of automated vehicles to deliver parts around the factory.