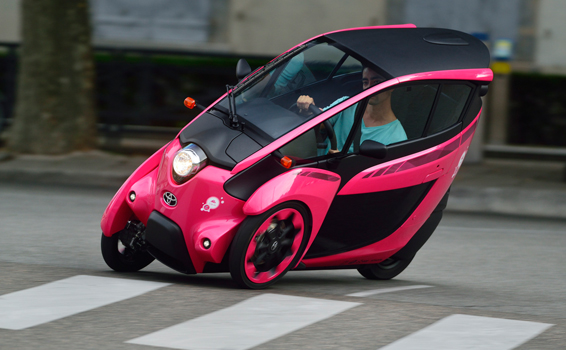 The Toyota i-Road is entering service in new car-sharing programme in central Tokyo in April. The ultra-compact, electric three-wheeled vehicle is already proving its value as part of a co-ordinated public transport scheme in Grenoble, France, and has also been put through its paces in Toyota City.

The new trial will see i-Road paired with Park24’s Times Car Plus service, which allows members to make use of a fleet of share-cars at any time of day. The scheme will also incorporate elements from Toyota’s Ha:mo urban transport template, which has also been adopted for the Grenoble project.

The Tokyo trial is planned to run until the end of September. Usage data and user feedback will be gathered to assess ease of use, changes in user activity patterns and public receptiveness to new mobility systems of this type.

The focus is on i-Road being used for one-way trips to businesses, shops and sightseeing locations. Users will pick up their vehicle from the Times Station at the Yurakucho ITOCiA shopping centre and later return them to any of five central locations. 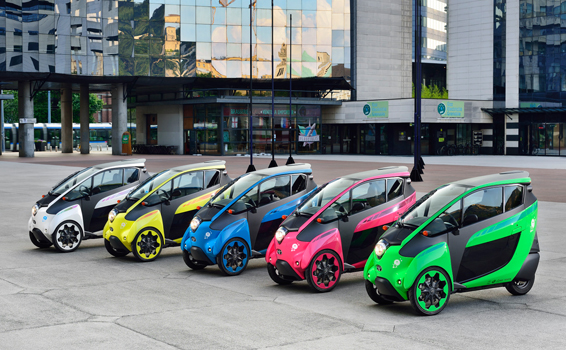 Park 24 will offer the service to Times Car Plus corporate members and some individual members as well. A web page will give details of availability and take reservations. Users will be required to undertake an i-Road training course before driving the vehicle. The service will cost 412 yen (about £2.25) per 15 minutes and the maximum usage period is two-and-a-half hours.

Park24, which operates a network of car parks across Japan, created Times Car Plus to make public mobility even more convenient. The service has around 430,000 members and offers a wide range of cars for rental.

Toyota has been conducting trial operations of Ha:mo in Toyota City since October 2012, a system aimed at relieving traffic congestion, reducing air pollution and improving mobility. It links private and public transportation networks and is being trialled between railway stations and depots at public facilities around the city. The project was created when Toyota City was designated a Next-Generation Energy and Social Systems Demonstration Area by Japan’s Ministry of Economy Trade and Industry.