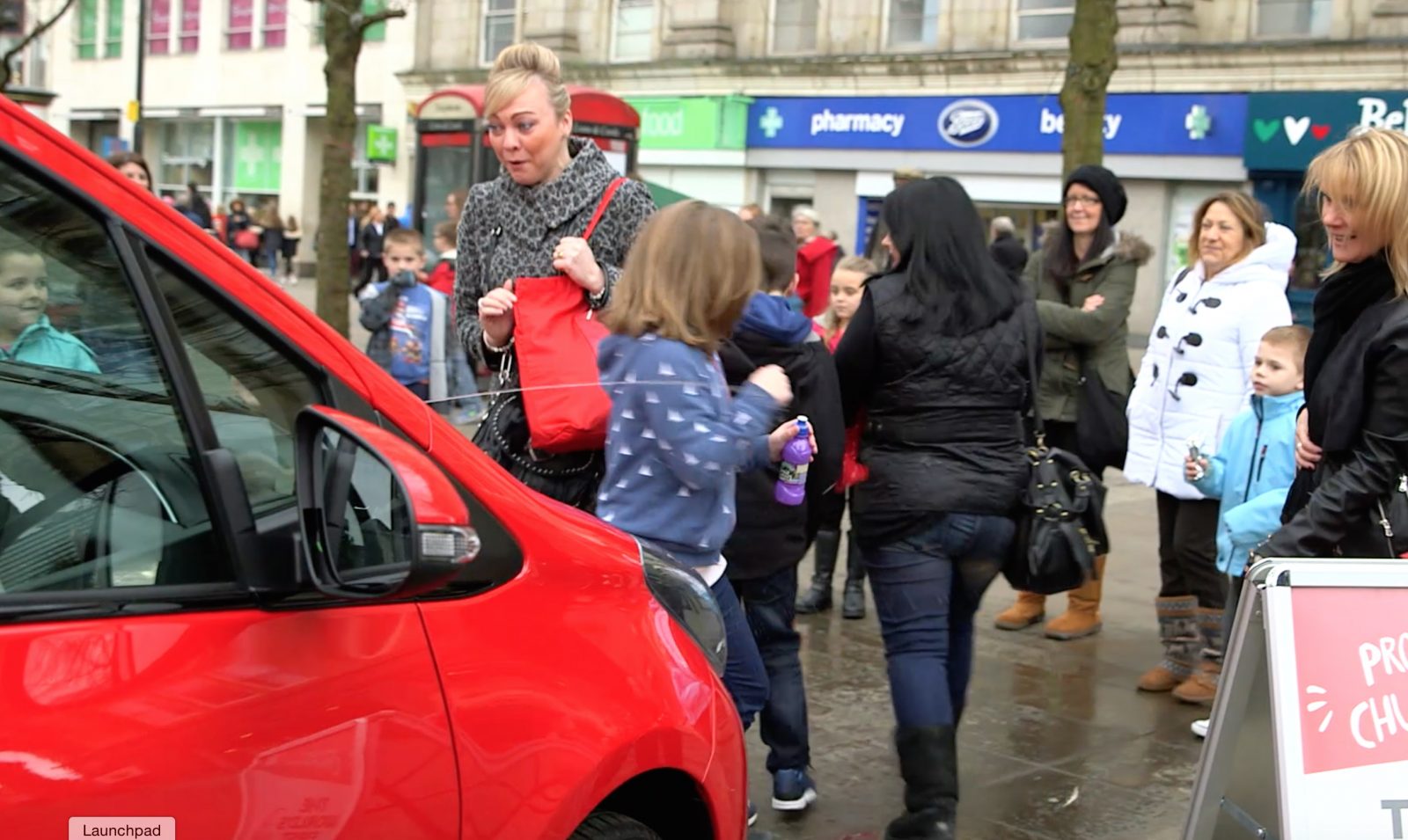 See our Ha-Ha Hatchback put a smile on the faces of Comic Relief fans across the UK in this special video of the car in action in Manchester.

Our “Ticklish Toyota”, launched on February 16th to support this year’s Red Nose Day, has been touring the country, meeting the public and helping raise awareness of the good work done by the charity for good causes both here and abroad.

You can see the car in action in the video above.

Accompanied by world-famous mirth maker, Mr Tickle, the car visited Birmingham, Manchester and Glasgow. It returns to London this week, and will appear next at a special event on March 8th.

Mr Tickle said: “It was my job to make sure we got as many smiles per gallon as possible out of this very special car. And thanks to my long arms and tickly fingers, I am pleased to confirm that’s exactly what we did. It was a pleasure to meet so many fans, and show the car off in such a successful way.”

Matt Harrison, Toyota GB President, said: “Toyota has made millions of cars, but never one like this before. We hope the special Ticklish Toyota will help people have a real hoot raising money for Red Nose Day.”

If you’d like to show your support for Comic Relief, then why not get a Red Nose for your car?

The wacky whiffers look absolutely brilliant, and are available exclusively from Toyota dealerships, or can be ordered with a couple of clicks on-line at official Toyota UK eBay store.