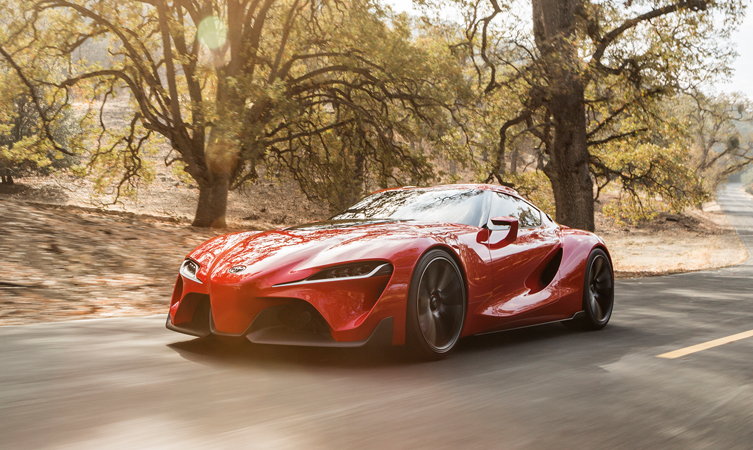 Toyota promises an exceptional line-up of race, rally and road cars at this year’s Goodwood Festival of Speed (25 – 28 June), celebrating decades of sporting and engineering success.

Toyota will return to the Goodwood Festival of Speed as World Champions, celebrating the car and drivers who delivered a dominant performance in the 2014 World Endurance Championship. Toyota Gazoo Racing and their World Champion driver Anthony Davidson, plus fellow British squad member Mike Conway will be sharing driving duties in this season’s TS040 Hybrid car, fresh from its challenge in the Le Mans 24 Hours.

The team’s presence will be the highlight in an exception line-up of Toyota race, road and rally cars at the festival, which takes place from 25 to 28 June.

Three decades of Toyota World Rally Championship history will be taking to Goodwood’s special stage, including runs by the Celica TE27, RA40, ST205, ST185 and the extreme TA64 Group B car, plus the WRC Corolla and John Midgley’s historic AE86.

Toyota’s GT86 will be the focus of attention in Goodwood’s Moving Motor Show, the curtain-raiser to the festival on 25 June. A fleet of six coupes will be available for customer drives, each finished in a retro racing livery celebrating great Toyota sports and race cars of the past, including the Shelby 2000GT, the Castrol Celica GT-Four and the IMSA GTU Celica. Lowered springs, retro-style alloys and a stainless steel exhaust system add to the classic look and sound of the cars.

Anyone wanting a more full-blooded introduction to the handling performance that defines GT86 as a genuine driver’s car can head for the Goodwood circuit where the GT86 Drift Experience will be back in action. Last year more than 300 people enjoyed the chance to get (safely) sideways.

The GT86 will be on display at the Toyota pavilion throughout the festival, joined by a Britcar racing version. For a (virtual) taste of what the GT86 can deliver, a driving simulator will be available. Visitors will have a close-up view of the classic 2000GT sports car from the 1960s, a 1980s Supra and, representing the future direction of Toyota design, the fabulous FT-1 Concept. The new Aygo and the TS040 Hybrid race car will also be on show.

To keep up to date on Twitter, look for the #ToyotaSpeed hashtag.