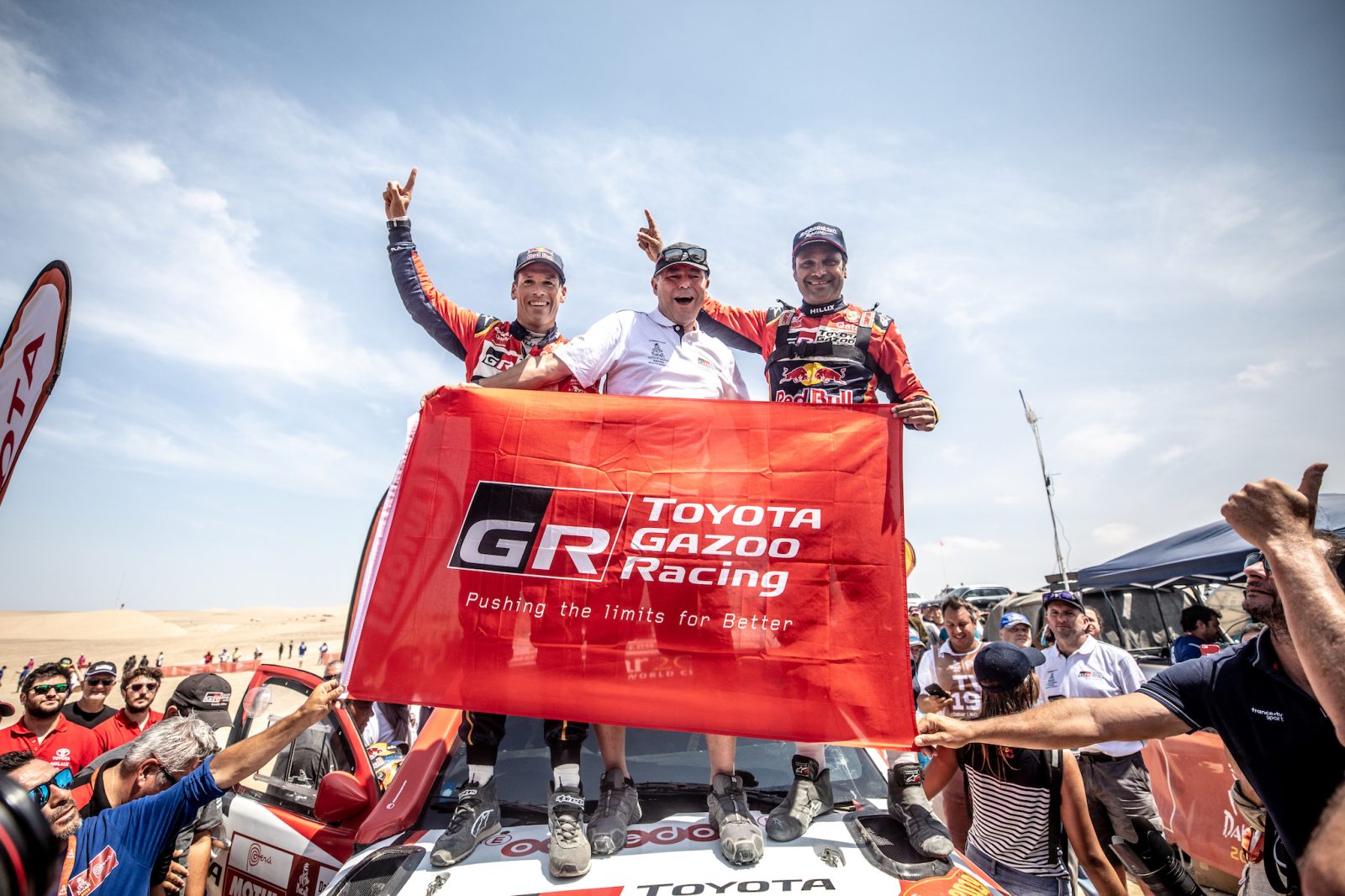 From Britain’s farms and construction sites to frozen polar wastes, the Toyota Hilux has proved itself a trusted top performer whatever the environment. Now it has gone further in its world-conquering achievements by claiming Toyota’s first victory in the gruelling Dakar Rally.

Toyota Gazoo Racing’s modified Hilux led throughout ten days and more than 3,000 miles of harsh desert driving in Peru to claim the win. Even though the pick-up was specially adapted to deal with the challenge – including a mid-mounted V8 engine – its success is another demonstration of the reliable and hard-wearing quality of the engineering that has defined Hilux for decades. 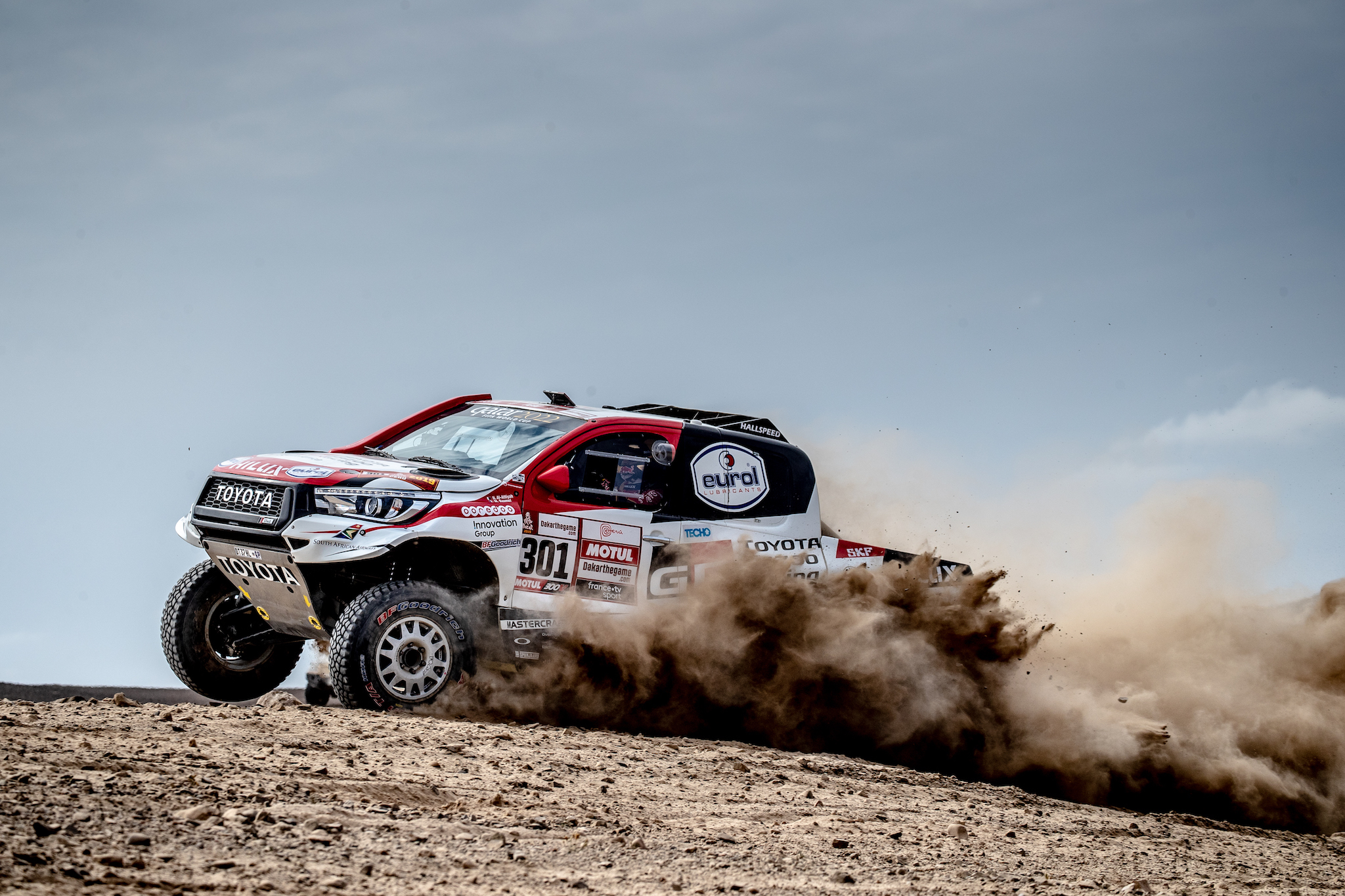 Responding to the win, Toyota president Akio Toyoda said Hilux’s sporting success supported Toyota’s mission to build ever-better cars. “If cars cannot run in such harsh conditions, they are without a raison d’être. Cars must be able to run wherever drivers want to go. I believe passionately that roads make cars,” he said.

For those who use Hilux for their day-to-day business, this built-in ruggedness is combined with high levels of safety and comfort that make the Toyota pick-up a great all-rounder. In the UK, it’s offered in a range designed to suit multiple uses, with Single, Extra Cab and Double Cab versions and a rear deck that can carry payloads up to 1,130kg. Its muscle also enables trailers up to 3.5 tonnes to be towed.

The challenges faced by the Toyota Gazoo Racing South Africa Hilux on the Dakar were exceptional, but Nasser Al Attiyah and co-driver Mathieu Baumel successfully negotiated the tenth and final stage yesterday to seal a historic first victory for Toyota in one of the world’s toughest motorsports events. 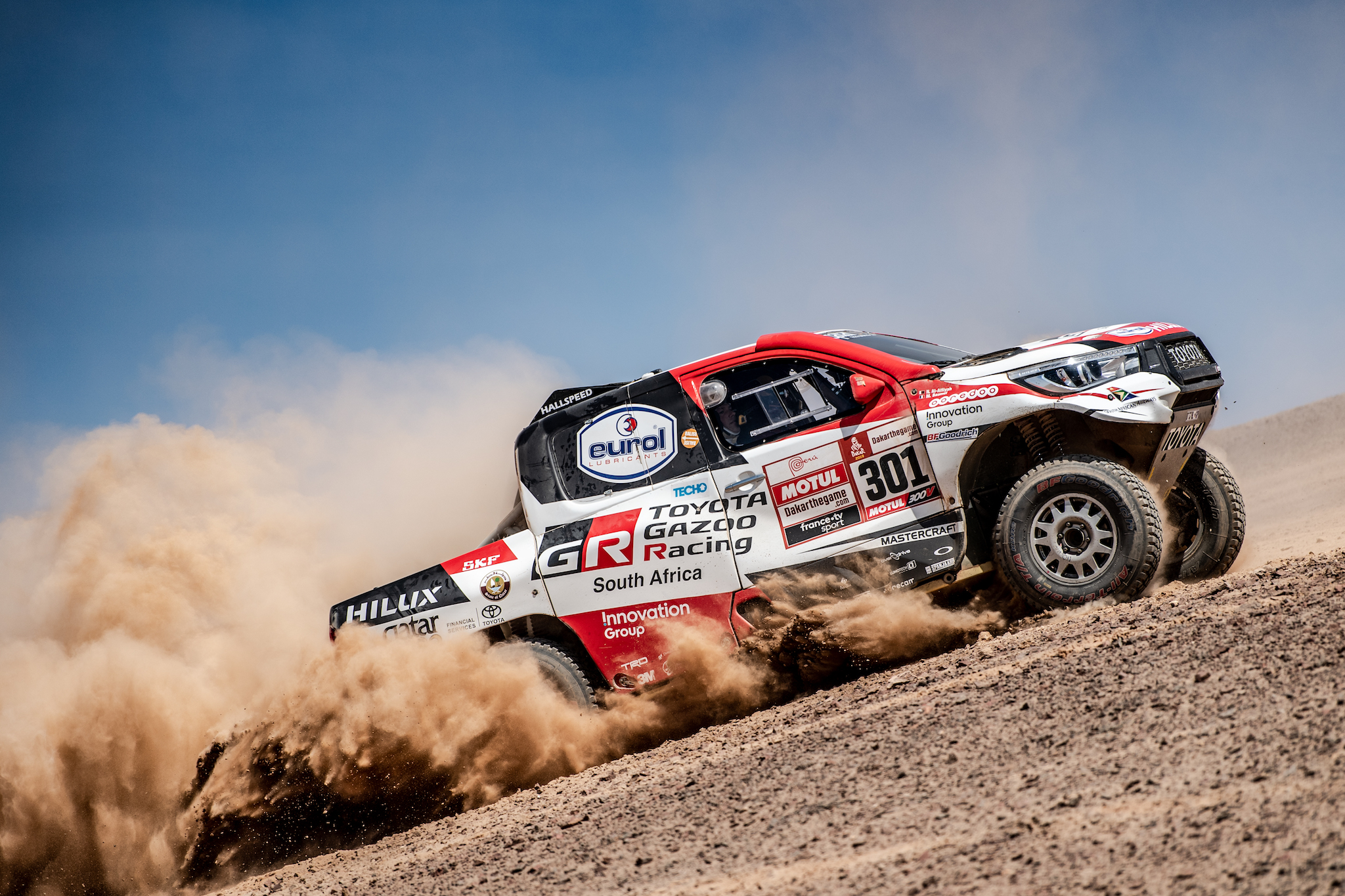 Their success adds to an impressive year of success for Toyota in international competition in which it has also won both the Le Mans 24 Hours and the manufacturers’ title in the FIA World Rally Championship.

Toyota Gazoo Racing led the car category of the 41st edition of the Dakar from the first to the last stage, with Qatari Al Attiyah heading the field from the third day. This year the event took place entirely within Peru’s borders and produced some of the most gruelling tests the rally has witnessed since locating in South America. 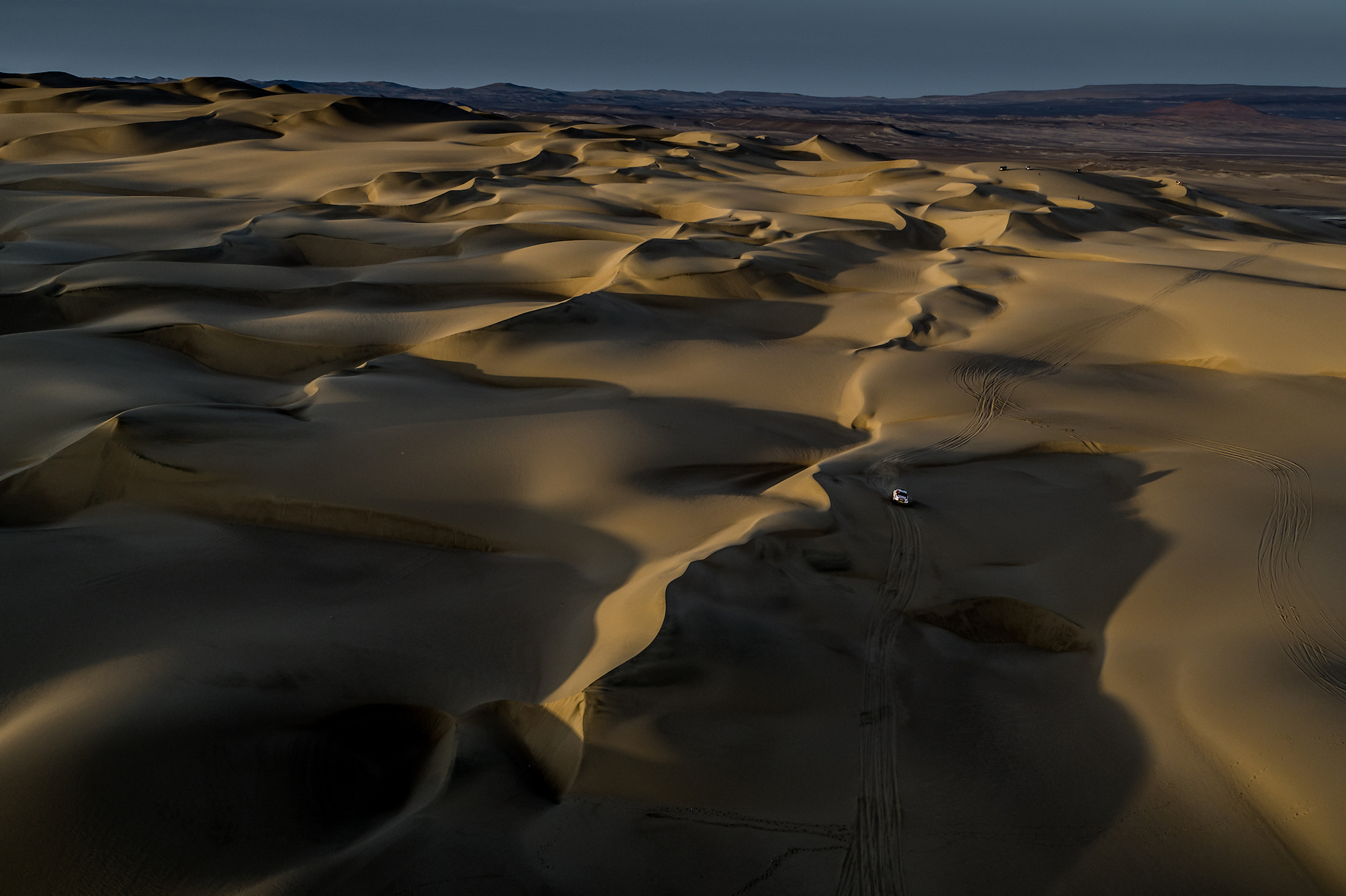 Al Attiyah, twice a previous Dakar winner, said: “We are so happy to win, not only for ourselves, but also for Toyota and the entire Toyota Gazoo Racing SA team. Everyone has worked so hard for so long and really deserve this.”

Team principal Glyn Hall said: “This victory was long overdue. Winning the Dakar is never easy, there are a lot of people trying. This year’s race was no exception and it brought a rollercoaster of emotions and results for the team.”

The team recovered from an early setback when the Hilux of Giniel de Villiers and Dirk von Zitzewtiz fell out of contention while in the lead on stage three, after hitting a rock in thick dust. A similar fate befell their team-mates Bernhard ten Brinke and Xavier Panseri the following day, prior to the pair being forced into retirement on stage eight. 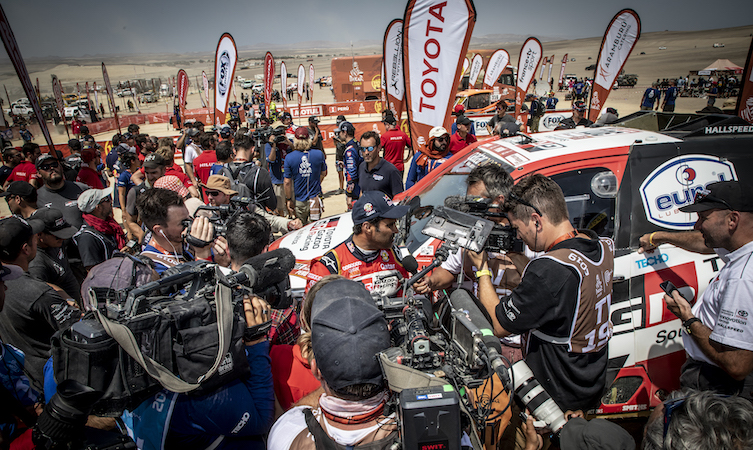 De Villiers was able to play a valuable supporting role for Al Attiyah’s victory bid, but was still able to maintain his impressive record of top-ten finishes, coming home in ninth place. Since 2012, the team had posted five podium places and seven top-five finishes; Al Attiyah’s win comes after a second-place result in 2018.

The Hilux was also the first petrol vehicle in its class to take victory since the start of the Dakar’s South American era, being powered by a mid-mounted, naturally aspirated V8.

There was further success for Toyota in the event with the Team Land Cruiser Auto Body (TLC) winning the Dakar Production Division category for the sixth consecutive year and Hino Team Sugawara claiming an exceptional tenth win in a row in the Truck category (10-litre engine or smaller) with the Hino Ranger.