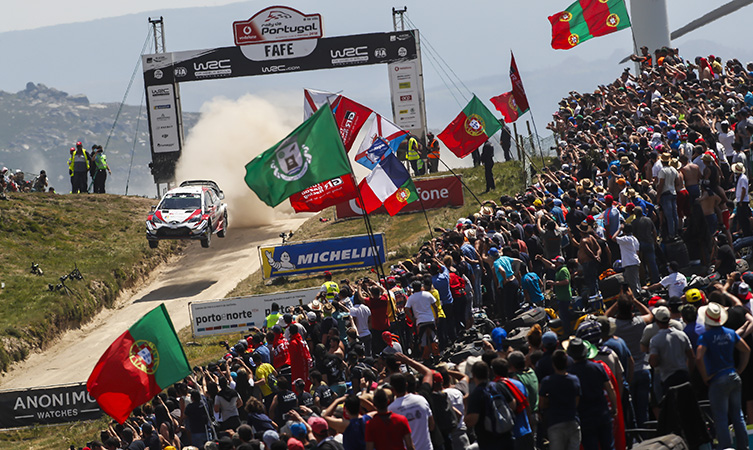 This week’s Vodafone Rally of Portugal is one of the World Rally Championship’s highlights, with more spectators than any other European round lining the roads inland from the Atlantic town of Matosinhos.

And thousands upon thousands of those fans will head for the same place. One Sunday every season, Fafe becomes more than just a city in the nation’s northern municipality of Braga. 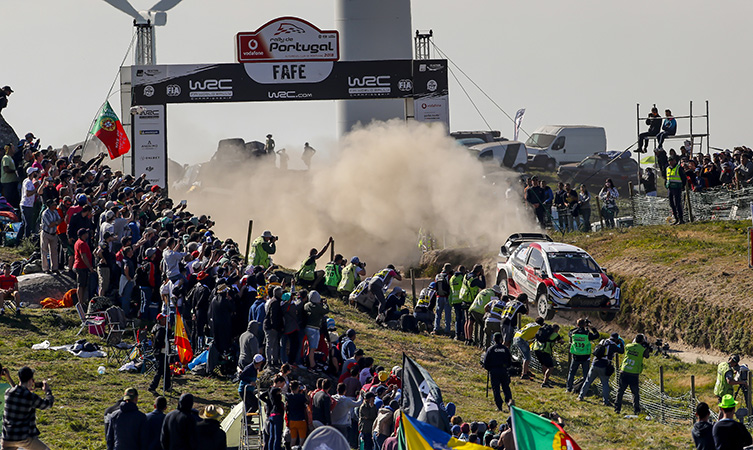 Since the dawn of the WRC, Fafe has meant one thing to fans around the world: flying time.

There are, of course, plenty of other jumps along the way this week, but this is the big one for the boys in the Toyota Yaris WRCs.

WRC Portugal: flying’s no problem for our Finn

Jari-Matti Latvala’s a Finn, so flying is second nature to him (Rally Finland is the fastest and jumpiest event of the season), but few locations offer quite such iconic airtime as Fafe. 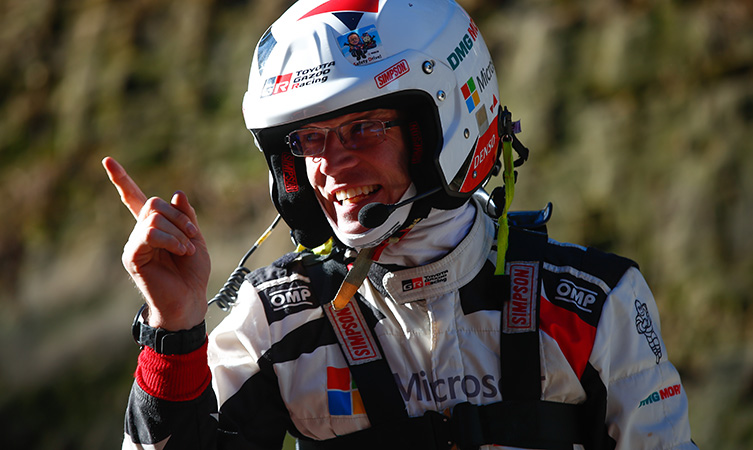 “Everybody knows this one, but it is quite tricky,” says Latvala. “Like all jumps, you have to have everything planned before you take-off. The recce is so important for this – obviously when you are in the air, you can’t do anything to change the direction of the car if you’ve made a mistake with your pacenotes!

“For Fafe the landing is quite fast. On the approach to the jump I will touch the brake or lift from the throttle and then accelerate into the jump. This raises the nose of the car and means you will generally fly quite straight.

“If you had a corner coming more quickly after the landing you can touch the brake on the take off to drop the nose. That way you land on the front wheels and immediately start working the car on the brakes and steering to get ready for the corner. When you are coming for the landing, I breathe in and brace myself to be ready for the next pacenote.”

WRC Portugal: timing is everything

Just before take-off at Fafe, Seb Marshall will have a few words for the man on his left aboard the #5 Toyota. 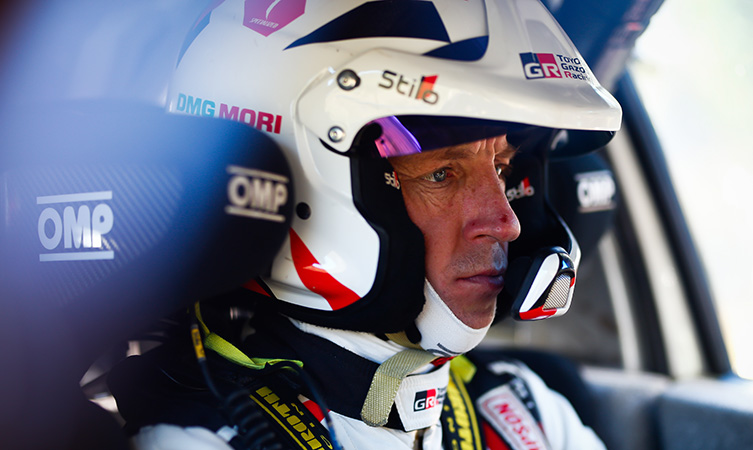 And then everything will go quiet.

“It does go quiet in the car,” said Marshall. “I’ll have time to think, time to take in the huge crowds at the side of the road – the atmosphere’s amazing.

“Crucial for me is getting the following couple of notes out before the jump. I’ve been caught out trying to read a note on landing – not easy when the wind’s been knocked out of you a little bit…

“The landing’s not so bad on this one. And Fafe is, of course, the Power Stage in Portugal – which means the jump comes right at the end of the stage and the end of the event. If everything’s working as it should, I’m sure Kris will give it a bit of a yeee-haaaaa second time through.”

And, no doubt, that yeee-haaaaa will go down a treat with the locals.