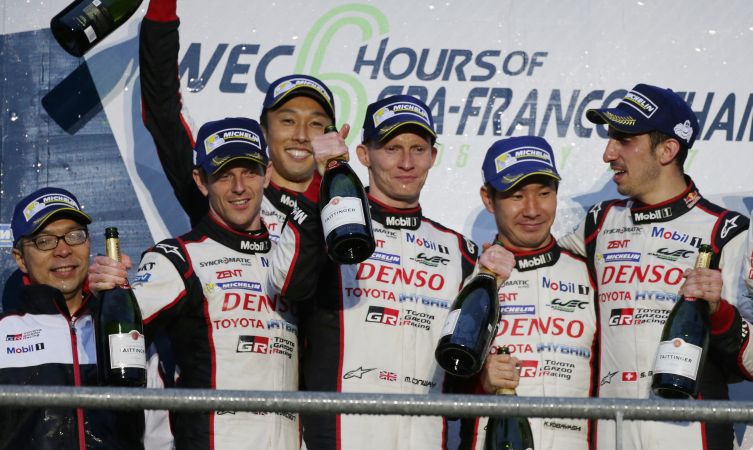 Toyota Gazoo Racing made it two wins from two races in the 2017 FIA World Endurance Championship, posting an impressive one-two finish in the 6 Hours of Spa-Francorchamps on Saturday 6 April. 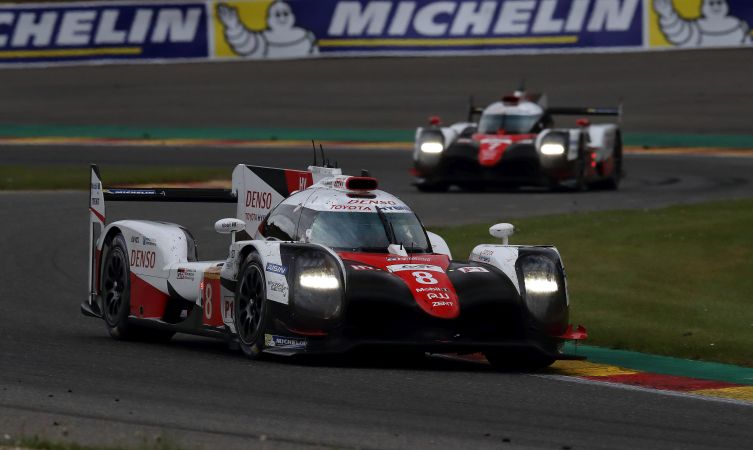 Silverstone winners Anthony Davidson, Sébastien Buemi and Kazuki Nakajima in the #8 TS050 Hybrid again took the top step of the podium at Spa, extending their lead in the drivers’ championship to 17 points.

It was a close finish, with the #7 car of Mike Conway and Kamui Kobayashi just 1.992 seconds behind after six hours of high-speed action around the Belgian circuit. The result, the team’s first one-two since Shanghai in 2014, moves Toyota into the lead in the manufacturers’ championship, 8.5 points ahead of Porsche. 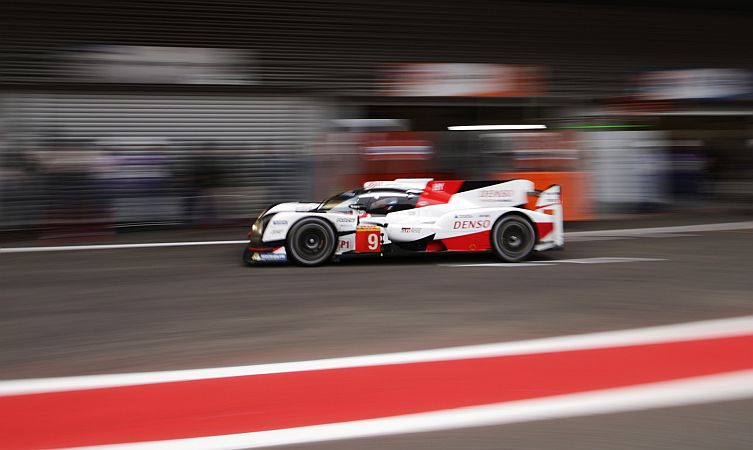 The team fielded a third car for Spa, the #9 crew of Stéphane Sarrazin, Yuji Kunimoto and Nicolas Lapierre, competing together for the first time. The drivers completed a trouble-free run to fifth place, gathering valuable experience running a low-downforce aerodynamic package, part of the preparations for the 24 Hours of Le Mans in June.

The Toyotas were challenging for a win right from the start of the race, with first Buemi, then Conway putting the pole position #1 Porsche on pressure. Conway moved into the lead on lap 10, with Buemi up to second place three laps later. 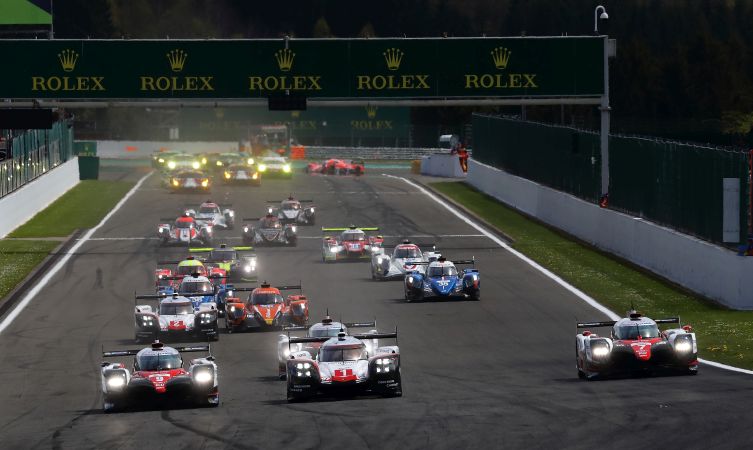 Kobayashi consistently extended the lead as the race passed the halfway point, with Davidson in second. Events then took a significant turn with two full-course yellow flag incidents bringing the field together.

On both occasions the #7 car was unlucky to already be making a scheduled pit stop; those who pitted during the caution periods lost less time, due to the whole field running at a maximum 80km/h. As a result Conway, who was at the wheel each time, lost around one minute. 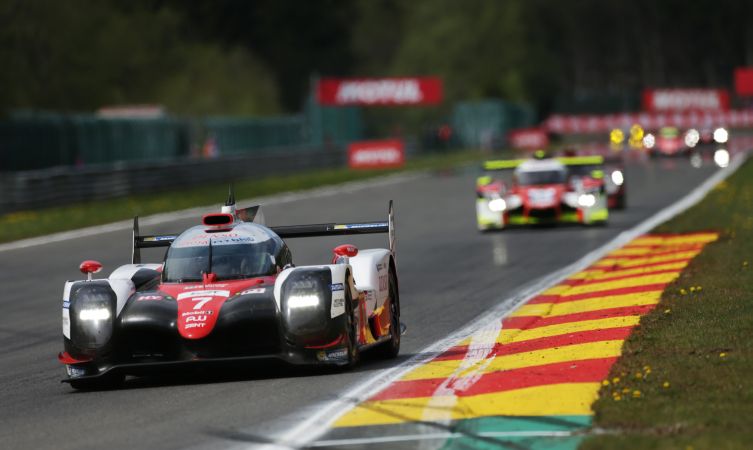 Kobayashi took the #8 car into the lead during the first yellow flag period and was able to extend his advantage during the second. Conway, however, found himself in a straight fight with the #2 Porsche, dropping to third place. But in a further twist, the second Porsche lost time after an incident lapping a slower car. Thus the final hour began with Buemi leading Kobayashi by half a minute. 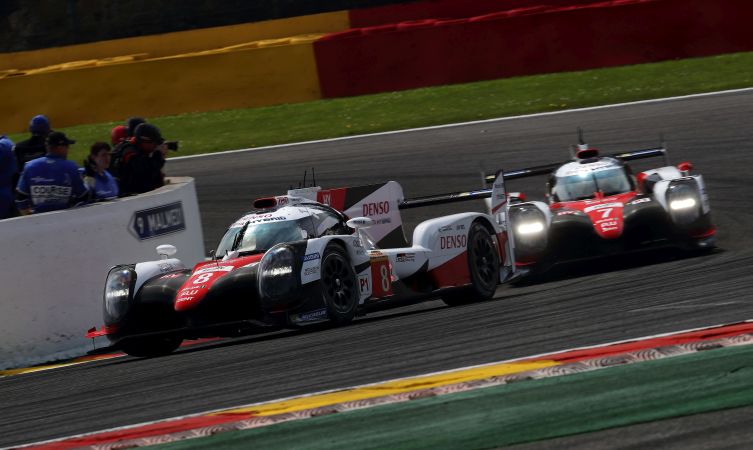 Kobayashi closed the gap but held position in the closing laps, crossing the line just behind Buemi, who posted Toyota’s 13th win since its WEC debut in 2012. 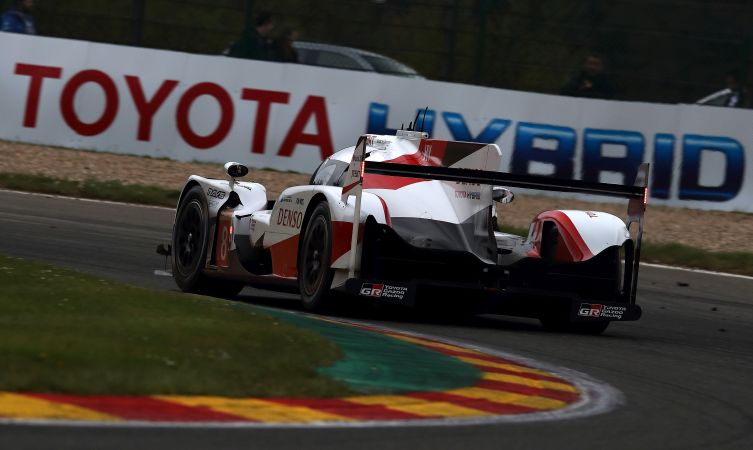 After the race Davidson acknowledged that he and the #8 crew were fortunate to take the win. He said: “We certainly had some luck today because those two full course yellows gave us around a minute in total on the #7 car. Mike and Kamui were blindingly quick from the start of the weekend and we didn’t have an answer, so really they deserved the win. But for the team it’s a fantastic result and great preparation for Le Mans.” 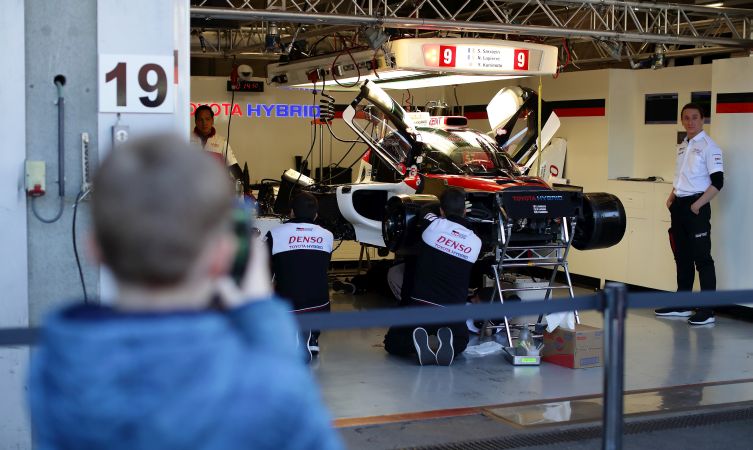 Toyota Gazoo Racing is now preparing for the 24 Hours of Le Mans on 17-18 June, where the team expects another close fight with Porsche.