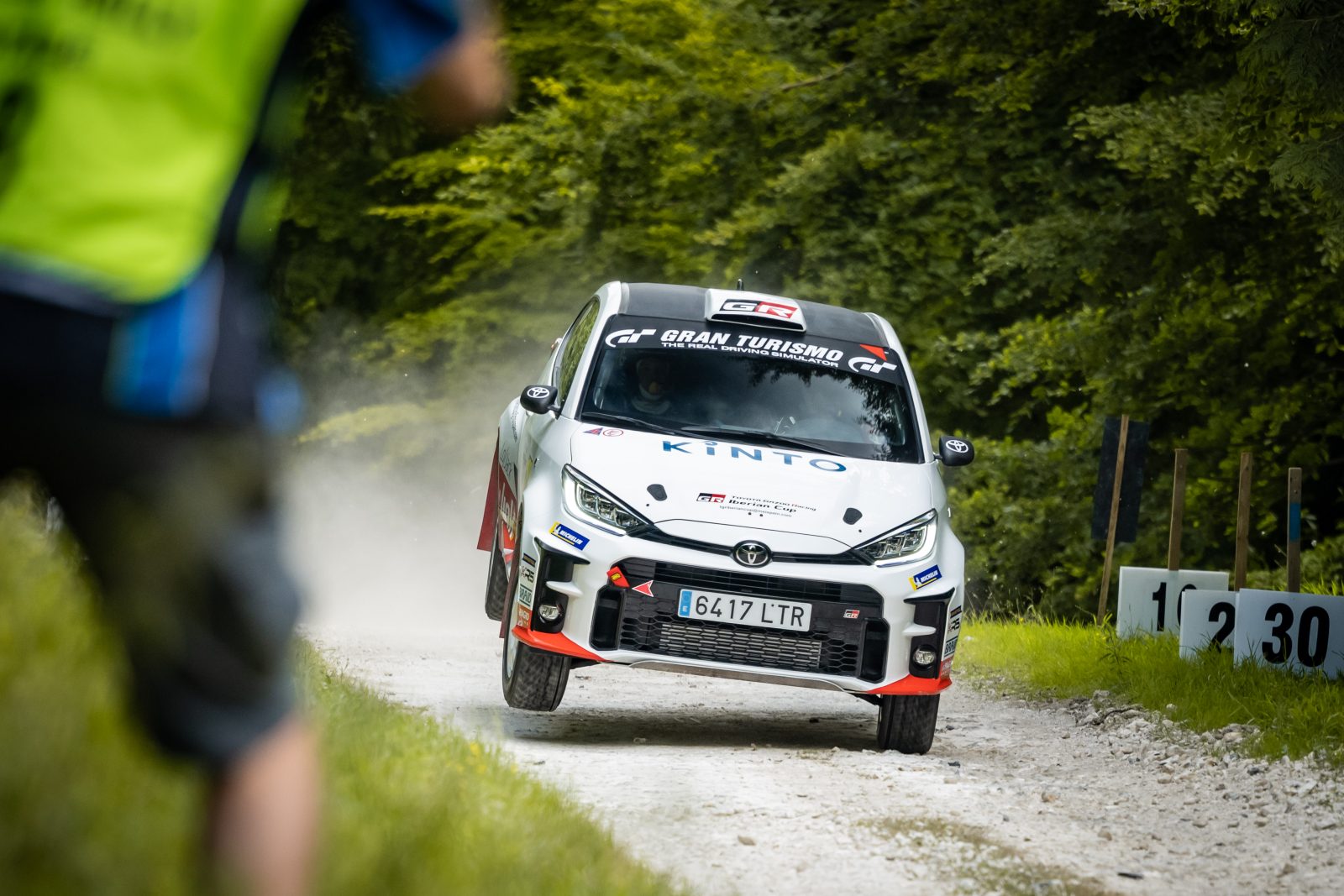 A very special version of GR Yaris made its first UK appearance at the 2022 Goodwood Festival of Speed, in the form of a new competition car used in the Toyota Gazoo Racing Iberian Cup rally series. We found out more about this new-for-2022 one-make championship.

What is the Toyota Gazoo Racing Iberian Cup?

It’s a one-make rally category based around a special competition version of GR Yaris. The Toyota Gazoo Racing Iberian Cup visits different gravel and asphalt rallies in Spain and Portugal, culminating in December with the mixed-surface Rallyshow Madrid. The competition has been organised by Toyota Spain, Toyota Caetano Portugal and the Motor and Sport Institute (MSi) in Madrid.

Which car is used in the Toyota Gazoo Racing Iberian Cup?

The Toyota GR Yaris forms the basis of the competition. To make it suitable for the rally stages, the acclaimed road-going hot hatch goes through a raft of technical upgrades, safety modifications and weight-saving measures. However, the 1.6-litre, three-cylinder engine does not receive an increase in performance, retaining the 257bhp and 360Nm of the road car. See the bottom of this article for a comprehensive technical specification.

What is the Toyota Gazoo Racing Iberian Cup car like to drive?

By all accounts, it retains the key qualities of usable performance which make the road-going GR Yaris so much fun to drive. Earlier this year, a handful of key UK automotive titles were invited to test the Iberian Cup car and came away impressed. Find out what Autocar thought by clicking here.

The equal machinery ensures a level playing field and places the emphasis on driver talent. At the time of the car’s appearance at the Goodwood Festival of Speed, the first four events had each been won by different driving crews.

Who can compete in the Toyota Gazoo Racing Iberian Cup?

The competition is aimed at all kinds of aspiring rally drivers, navigators and teams. On the one hand, it gives young talents the opportunity to get into a four-wheel-drive rally car for the first time and continue progressing in their sporting careers. On the other, it offers an opportunity for more experienced drivers to continue competing at the highest level in a high-performance car at an accessible price. For more information on the Toyota Gazoo Racing Iberian Cup, click here.

What are the benefits of the competition?

One of the attractions of this single-brand cup are the monetary prizes that are distributed in each rally: the first driver classified will receive 7500 euros, the second 6000 euros and the third 5000 euros. In addition, the first classified junior (under 24 years old) will receive an additional 1000 euros. Another 46,000 euros will be distributed among the top three overall finishers at the end of the season.

Additionally, two of the events run alongside the Portuguese and Spanish rounds of the World Rally Championship, offering Iberian Cup competitors valuable experience of competing on some of the same rally stages as the world’s best drivers, including the Toyota Gazoo Racing World Rally Team.

Why was the Iberian Cup car at the Goodwood Festival of Speed?

The car was part of a showcase of Toyota Gazoo Racing activity at the Duke of Richmond’s annual motorsport garden party. For most of the event, the Toyota Gazoo Racing Iberian Cup car was driven around the Forest Rally Stage by double Spanish Rally Champion Pepe Lopez, who works closely with the Motor and Sport Institute as a development driver. However, Dakar Rally champion Nasser Al-Attiyah also took a turn at the wheel, with regular co-driver Mathieu Baumel alongside.