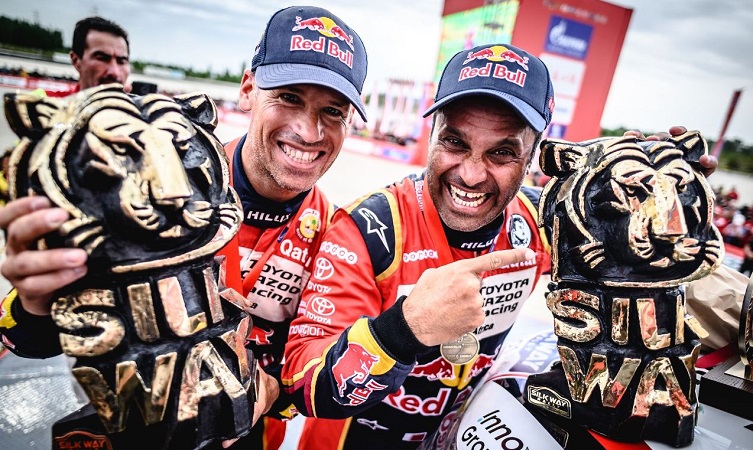 It is a clean sweep that caps a remarkable season for the pairing, who become the first to win both the Dakar Rally and Silk Way Rally in the same year. 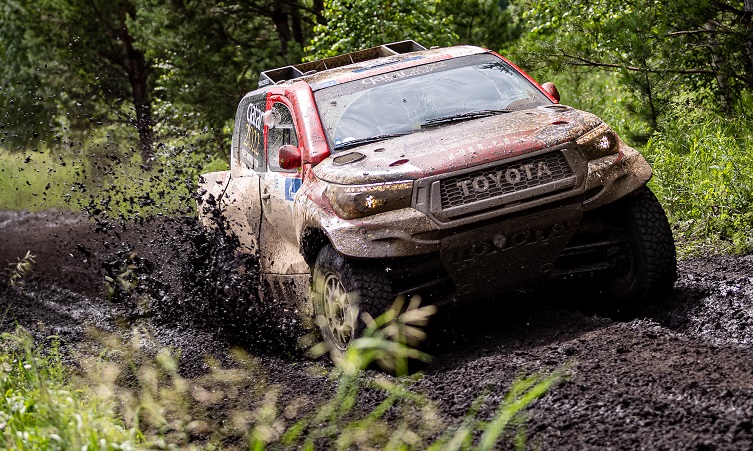 The pair had a clean run on the final day, posting a time of 2hrs 27min 30sec over the distance, beating fellow Toyota Hilux driver Erik van Loon by almost two-and-a-half minutes. In the final standings, Al Attiyah and Baumel secured victory by more than an hour, stamping their authority on what is widely regarded as the second toughest cross-country rally in the world, after the Dakar Rally.

Closing proceedings, stage ten was no pushover, with a timed section of 255km and liaisons of 301km.  The stage comprised sand, gravel tracks and rocky river crossings. 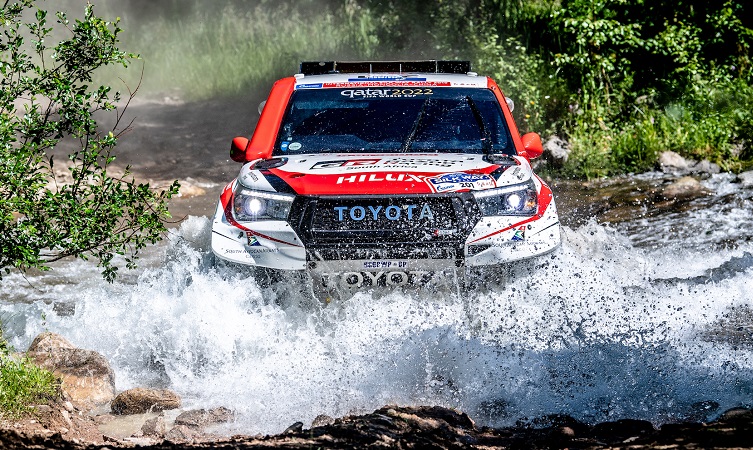 Al Attiyah and Baumel’s latest triumph brings the Toyota Hilux crew’s tally to four victories in 2019 – all behind the wheel of the same car, built at Toyota Gazoo Racing South Africa’s base in Barbeque Downs, near the Kyalami Circuit.  Following the Dakar Rally win, the pair followed up with victory in the Qatar Cross-Country Rally, before adding silverware from Rally Kazakhstan to their collection. 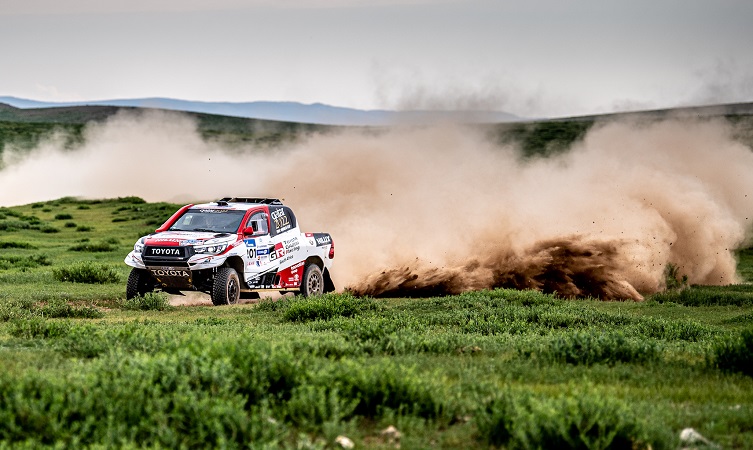 “We are extremely proud of Nasser and Mathieu,” said an elated Glyn Hall, team principal of Toyota Gazoo Racing South Africa, after the race. “But we are equally proud of the car that we built for them. The Toyota Hilux has proven, yet again, just how tough it is. And the fact that they could win every stage of the rally shows that the car is not only tough but very fast over rough terrain.” 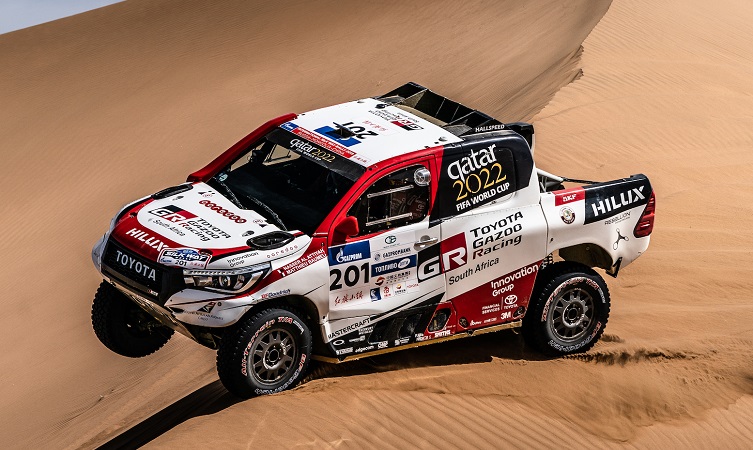 The 2019 Silk Way Rally started in Russia, on July 6, with cars, trucks and motorcycles setting off on a ten-stage journey that took competitors from Russia, through Mongolia and into China.